An eight-year-old Muslim girl in Spain who stayed off school when told to remove her headscarf returned to classes on Tuesday after her college was ordered to let her wear the traditional head cover, her mother said.

The regional government of Catalonia, northeast Spain, told the school in Girona to let Shaima Saidani wear the scarf, or hijab, on grounds it would be discrimination not to do so, local media reported.

«She went back to school today, it’s all been resolved, thank God it’s over,» Noana Alharami, the girl’s mother, told Reuters by telephone.

The decision by the Catalonian government contrasts with a ban on headscarves from state schools in France as well as some colleges in the Netherlands.

Britain and many other EU states allow the headscarf in the name of civil liberty, or let schools decide their own policy.

The public school in Girona last week said Saidani could not go to class wearing the headscarf based on an internal rule against discrimination among students.

Saidani’s mother said her daughter had lived much of her life in Morocco with her grandmother, who gave her a religious education. She said it was Saidani’s decision to wear a hijab.

The girl’s mother said the family would have been prepared to move back to their homeland Morocco if the daughter had not been allowed back to school with her hijab.

Saidani was forced to change schools last year after students at another college pulled off her headscarf, Alharami said.

France: The Headscarf Debate is Not about Headscarves - 25. oktober 2019 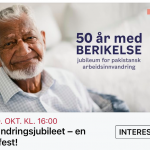 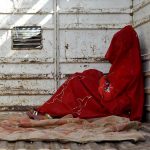