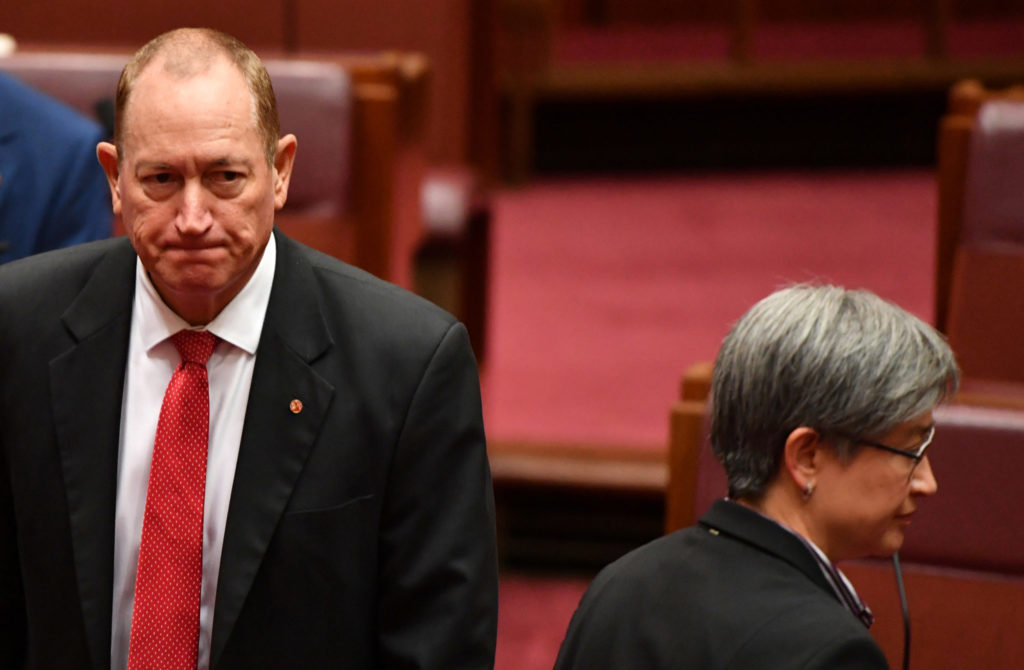 “There is no room for racism in Australia. Sadly, what Senator Anning said after the Christchurch massacre, however shocking isn’t out of character,” Australian Muslim Senator Mehreen Faruqi told the Senate.

“Just a week before I joined this place, he gave a speech calling for a ban on people like me coming to this country.”

“This censure motion against me is a blatant attack on free speech,” Anning told Reuters via email.

“There is a difference between freedom of speech and hate speech. The former is a feature of our democracy. The latter is an attack on democracy,” Wong said.