A Month of Islam and Multiculturalism in Germany: October 2017 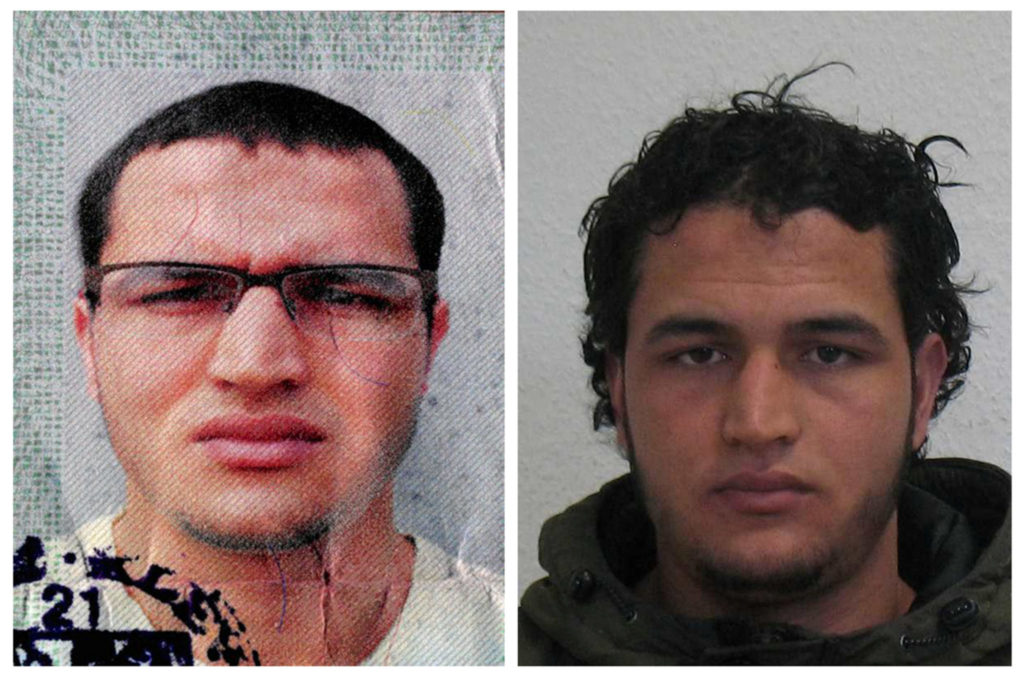 October 1. The Network Enforcement Act (Netzwerkdurchsetzungsgesetz, NetzDG) — also known as the Facebook law — entered into force. The measure requires social media platforms with more than two million users to remove «blatantly illegal» hate speech within 24 hours, and less obviously illegal content within seven days, or face fines of up to €50 million ($58 million). Critics argue that the definition of hate speech is ambiguous and subjective and that the new law is a threat to online free speech. The German government plans to apply the law more widely — including to content on social media networks of any size, according to Der Spiegel.

October 2. Germany’s partial ban on face coverings «must be expanded» to include a full ban on the burqa in public, said Andreas Scheuer, the secretary general of the Christian Social Union (CSU), the Bavarian sister party to Chancellor Angela Merkel’s Christian Democrats (CDU). «A ban is possible and necessary,» he said a day after a burqa ban went into effect in neighboring Austria. «We will not give up our identity, we are ready to fight for it, the burqa does not belong to Germany,» he said. The deputy chairman of the CDU/CSU parliamentary group, Stephan Harbarth, said that the partial ban «goes to the limit» of what is constitutionally possible: «I fear that a more far-reaching ban would not be compatible with the Basic Law.»

October 3. Beatrix von Storch, the deputy leader of the anti-immigration party, Alternative for Germany (AfD), said that political Islam has no place in Germany. «Islam does not belong to Germany,» she told the BBC. «We are in favor of religious freedom of course, but Islam is claiming political power, and this is what we oppose.»

October 3. Approximately 1,000 mosques in Germany opened their doors to visitors as part of the 20th annual «Day of Open Mosques.» The event, which has been held since 1997 on Germany’s national holiday, the Day of German Unity, was conducted under the slogan «Good Neighborhood – Better Society,» and aimed at creating transparency and reducing prejudice.

October 4. A 47-year-old migrant from Kazakhstan at a refugee shelter in Eggenfelden castrateda 28-year-old Ukrainian migrant, who bled to death at the scene. It later emerged that the Kazakh man had been raped by the Ukrainian man, who was aided and abetted by a group of migrants from Chechnya. The case drew attention to runaway crime in German refugee shelters.

October 5. The German government plans to cut project funding for the Turkish Islamic organization DITIB by around 80% next year, according to the Kölner Stadt-Anzeiger. The Interior Ministry appropriated €297,500 ($345,000) for 2018, compared to €1.47 million for 2017, and €3.27 million for 2016. Turkish President Recep Tayyip Erdogan has been accused of using DITIB — part of Turkey’s Directorate of Religious Affairs, to control over 900 mosques in Germany — to prevent Turkish immigrants from integrating into German society.

October 7. Roughly 60 migrant teenagers attacked each other and police at the 70th annual Harvest Festival in Fellbach. Police described the youths as «exclusively German citizens with a migration background and other migrants.» The youths were said to be engaged in «turf wars.»

October 8. Chancellor Angela Merkel agreed to cap the number of refugees Germany accepts each year to 200,000. The move was a concession to her conservative Bavarian allies ahead of coalition talks to form a new government. The refugee cap deal was also interpreted as extending an olive branch to the more than one million Christian Democrats who have defected to the anti-immigration Alternative for Germany (AfD) party in anger over Merkel’s open-door migration policy.

October 9. Thieves broke into an immigration office in the Moabit district of Berlin and stole up to 20,000 blank passports and other immigration documents as well as official stamps and seals.

October 9. An off-the-cuff proposal by Interior Minister Thomas de Maizière to introduce Muslim public holidays sparked a furious debate over the role of Islam in Germany. Speaking at a campaign rally for state elections in Lower Saxony, de Maizière, a member of Chancellor Angela Merkel’s Christian Democratic Union (CDU), said that federal states with large Muslim populations should be allowed to celebrate Muslim public holidays. De Maizière’s statement, apparently aimed at enticing Muslim voters, prompted a furious backlash from his own party and political allies, who are still reeling from the CDU’s poor results in the general election on September 24.

October 11. The Interior Ministry of Lower Saxony approved a temporary ban on additional refugees from settling in Salzgitter, a city with a high rate of immigration. The immigration restriction, the first of its kind in Germany, is to be reviewed annually.

October 12. A 28-year-old migrant from Nigeria was sentenced to 13 years in prison for stabbing to death a 22-year-old assistant at a refugee shelter in Ahaus near Münster. According to the prosecutor, the two had been in a romantic relationship, and when the woman ended it, the Nigerian went into a jealous rage, stabbing her 21 times. The criminal charges were, however, reduced from murder to manslaughter because the court could not decide if the killing was premeditated.

October 12. An official inquiry into the jihadist attack on a Christmas market in Berlin in December 2016 concluded that the attack could have been prevented, according to Der Spiegel. The 72-page report described the performance of police and prosecutors as «poor,» «inadequate,» «belated,» «flawed» and «unprofessional.» It also noted that the Berlin Attorney General’s Office missed repeated opportunities to arrest Anis Amri, a failed asylum seeker from Tunisia, in the months before he carried out his attack.

October 13. An entire wing of a hospital in Bonn was closed after an outbreak of scabies. The area was cleaned and disinfected and sick patients were sent to an isolation ward. The number of people diagnosed with scabies in North Rhine-Westphalia jumped by nearly 3,000% between 2013 and 2016, according to local health officials. The Robert Koch Institute (RKI), the federal government’s central institution for monitoring and preventing diseases, recently confirmed an across-the-board increase in disease since 2015, when Germany took in an unprecedented number of migrants.

October 14. The trial began in Oldenburg of a 37-year-old migrant from Iraq accused of stabbing his wife, the mother of his five children, who were in the house at the time of the attack. According to the indictment, the Iraqi is said to have murdered his wife in May 2017, by stabbing her at least nine times to restore the «family honor» after he believed she was having an affair with another man. The woman had, in fact, been attending German language courses.

October 18. Hans-Georg Maaßen, the head of Germany’s domestic intelligence agency, the Bundesamt für Verfassungsschutz (BfV), warned that a new generation of junior jihadists posed a long-term threat to Germany. «We see the danger that children of jihadists indoctrinated in Islamism will return from combat zones to Germany,» he said. At least 950 German jihadists have traveled to Syria and Iraq to join the Islamic State as of October 2017, according to the BfV. Of those, most are under 30 years of age; one-fifth are women; one-third have returned to Germany, and around 150 have been killed on the battlefield. German intelligence is currently monitoring 80 returnees.

October 22. The German justice is overwhelmed with terrorist proceedings, according to Welt am Sonntag, which reported that the Federal Prosecutor’s Office opened more than 900 terrorism cases during the first nine months of 2017. Of those cases, more than 800 involved Islamists. «Given the backlog, we need significantly more staff at both the prosecutor’s office and the courts,» said Wolfgang Kubicki of the Free Democrats (FDP). «If Islamists are not German nationals, deportation should be compulsory and enforced.»

October 22. About 80 Turkish Germans in the Bavarian town of Waldkraiburg called for local authorities to do more to protect them from violent attacks by asylum seekers. The protest came amid a spate of clashes in the town between Turks and newcomers from Africa and the Middle East. Turkish protesters said they were no longer safe on streets or in parks and threatened to take matters into their own hands if police failed to deport criminal migrants. 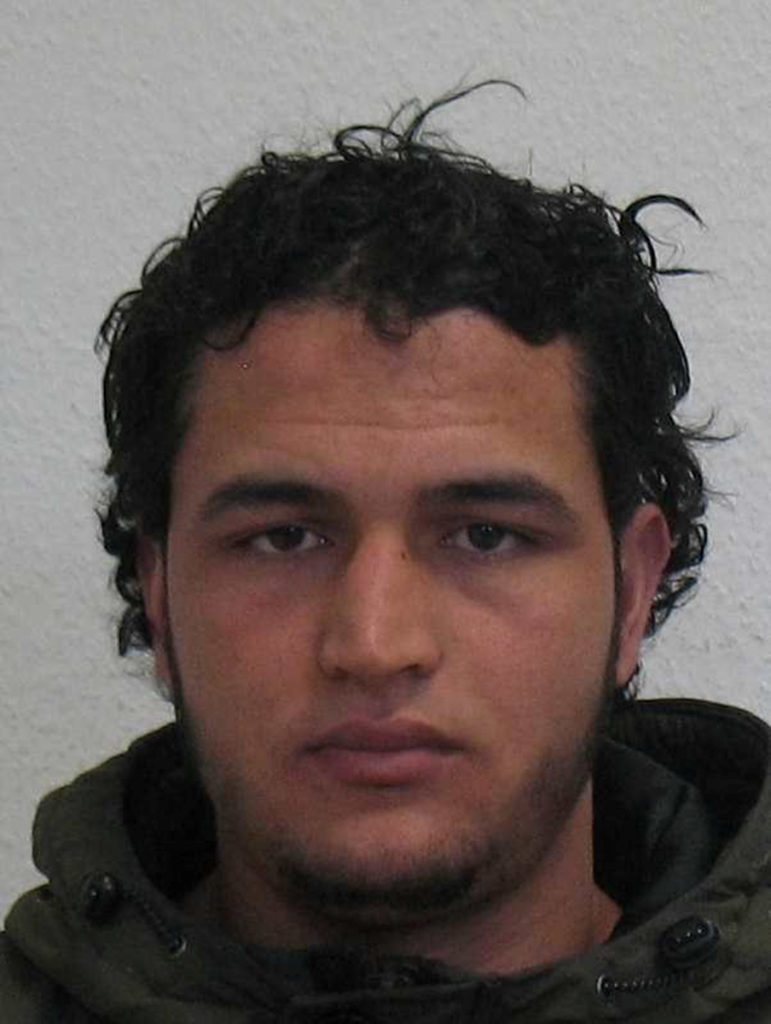 Handout picture released on December 21, 2016 and acquired from the web site of the German Bundeskriminalamt (BKA) Federal Crime Office shows suspect Anis Amri searched in relation with the Monday’s truck attack on a Christmas market in Berlin. REUTERS/

October 23. A court in Frankfurt ruled that Haikel S., a 36-year-old jihadist from Tunisia, cannot be deported because Tunisian authorities failed to promise that the man would not be jailed for the rest of his life. Haikel S. was arrested in February 2017 for allegedly planning a jihadist attack in Germany on behalf of the Islamic State. He is also wanted in Tunisia on terrorism charges.

October 24. The anti-immigration party, Alternative for Germany (AfD), vowed a «new era» as it made its debut at the first sitting of Germany’s newly elected parliament. The AfD’s parliamentary group chief, Bernd Baumann, said: «Take note: the old Bundestag has been voted out. The people have decided, a new era begins now. From this hour on, the issues will be renegotiated — not your maneuver’s and tricks on parliamentary business but the euro, massive debt, enormous immigration numbers, open borders and brutal criminality in our streets.»

October 24. Violent crime, including murder, rape and physical assault, is running rampant in German asylum shelters, according to an intelligence report leaked to the newspaper Bild. German authorities, who appear powerless to stem the rising tide of violence, justified their failure to inform the public about the scale of the problem by citing the privacy rights of the criminal offenders.

October 24. Authorities in Hamburg paid €2.4 million ($2.8 million) during the past 12 months for a mostly disused deportation shelter, according to the Hamburger Morgenpost. Only 84 migrants were deported from Hamburg during the past year, at a cost to taxpayers of around €28,500 ($33,000) per migrant.

October 28. More than 50 migrants from Africa and the Middle East attacked each other with knives and other weapons at the train station in Unna. Police from across North Rhine-Westphalia were deployed to restore order.

October 28. A migrant verbally assaulted a Roman Catholic priest at a supermarket in Werl. He grabbed the priest’s shopping cart and shoved it back and forth while shouting, «You unbeliever! You pig!» The priest called police, who told him that he was responsible for his own personal safety.

October 29. Police in Spain arrested a fugitive 33-year-old Pakistani migrant, accused by authorities in Hamburg of murdering his two-year-old daughter by cutting her throat. Police say the murder was an act of revenge against his German wife, who had reported him for spousal abuse, and refused to withdraw the charges. The Pakistani man’s asylum application was rejected in 2011; he should have been deported in 2012, but was allowed to stay.

October 31. A 19-year-old migrant from Syria who described himself as a «soldier of the caliphate» was arrested in Schwerin and charged with planning a jihadist attack aimed at killing «as many people as possible.»

A Month of Islam and Multiculturalism in Germany: October 2017
by Soeren Kern
November 7, 2017 at 5:00 am
https://www.gatestoneinstitute.org/11314/germany-islam-multiculturalism-october