According to a confidential memo, dated January 2015, from the anti-terrorist unit of the French interior ministry, France is already host to 8,250 radical Islamists (a 50% increase in one year).

Some of these Islamists have gone to Syria to join the Islamic State (IS); others have infiltrated all levels of society, starting with the police and the armed forces.

A leaked confidential memo from the Department of Public Security, published by Le Parisien,details 17 cases of police officers radicalized between 2012 and 2015. Particularly noted were the police officers who listen to and broadcast Muslim chants while on patrol.

Some of these police officers have openly refused to protect synagogues or to observe a minute of silence to commemorate the deaths of victims of terrorist attacks.

In addition, the police were alerted to a policewoman who incited terrorism on Facebook, and called her police uniform a «filthy rag of the Republic» while wiping her hands on it. In January 2015, immediately after the attacks on Charlie Hebdo and the Hypercacher kosher supermarket in Vincennes, which had left 17 people dead, she wrote on her Facebook page: «Masked attack led by Zionist cowards… They need to be killed.»

That police officers are armed and have access to police databases only intensifies anxiety.

Although police headquarters in Paris claims that these cases are rare, they have decided to review on a weekly basis any behavior that oversteps the principle of separation of church and state, such as that of Muslim officers who appear to be leaning toward radicalization. Patrice Latron, who manages the office of the Paris police prefect, told Le Parisien that these phenomena are «very marginal.»

The police are not the only ones who are anxious; the French military is concerned as well. There are no statistics for the number of Muslim soldiers in the French armed forces, but it is commonly thought that there are many, and that they are vulnerable to Islamist influences, given that France in engaged militarily in Africa, against Al Qaeda in the Islamic Maghreb (AQIM) and against the Islamic State in the Middle East. Since the Charlie Hebdo attack in January 2015, however, France’s largest military operation has been on national soil: 10,000 armed soldiers are now deployed in France to protect synagogues, Jewish schools, train and subway stations, and also some mosques — to show Muslims that the French Republic does not see them as enemies. Their mission is no longer to be simply a complementary force but, as Le Figaroexplained, to «deploy, on a permanent basis, interior military operations.»

As early as 2013, during the fifth national security parliamentary conference, Colonel Pascal Rolez, adjunct to the assistant director of the counter-intervention unit of the Defense Security Protection Department (DPSD), declared, «We are witnessing an increase in radicalization among the French military, notably since the Merah affair.» Recall that Mohammed Merah, a young French Muslim, murdered three French soldiers in Toulouse and Montauban, as well as murdering four French Jews at a school in Toulouse.

In order to identify members of the armed forces who are being radicalized, the DPSD takes into account changes in dress, recurrent sick leave, travel, or theft of supplies or materiel.

Since the January 2015 attacks on Charlie Hebdo and the kosher supermarket in Paris, the media have noted several indications of radicalization in the French army.

On January 21, 2015, the radio station RFI announced that about 10 French soldiers deserted and joined the Jihadist fight in Syria and Iraq. Jean-Yves Le Drian, Defense Minister, has confirmed this, although with the caveat that these are «extremely rare» cases. Apparently, one of these veterans holds the position of «emir» in Deir Ezzor in Syria, and leads a group of around 10 French combatants whom he has personally trained. The other French deserters are explosives experts or paratroopers; some come from commando units in the French Foreign Legion.

Also in January 2015, after the Paris attacks, police discovered that «Emmanuelle C,» a 35-year-old female gendarmerie (paramilitary national police) adjunct, had converted to Islam in 2011, and had a relationship with Amar Ramdani, who was wanted for weapons and drug trafficking. Ramdani is a confederate of Amedy Coulibaly, who perpetrated the murderous Montrouge and Hypercacher attacks in Paris. 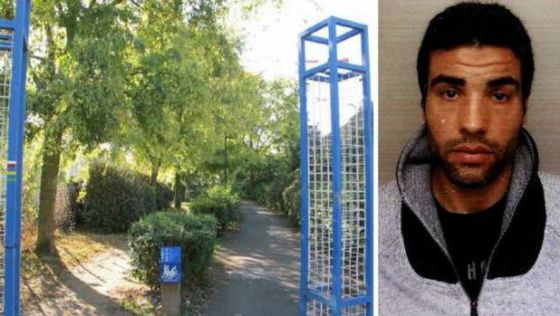 Ramdani had been observed by the police department’s intelligence division (DRPP) in the «public» area of the fort in Rosny-Sous-Bois (Seine-Saint-Denis). This fort houses the gendarmerie’s scientific branch. As for Emmanuelle C, she was accused of having committed more than 60 security breaches of the suspect persons’ file (FPR). She was sentenced to one year of probation and expelled from the gendarmerie.

In July 2015, the press revealed that approximately 180 detonators and 10 bricks of plastic explosives had been stolen from an army depot near Marseille. The investigators naturally suspected internal complicity, as the perpetrators had seemed to be well informed. They are following two possibilities, Islamic terrorism or grand theft; the investigation continues.

On July 16, 2015, President François Hollande revealed that an attack on a French military base had been foiled. Three days earlier, four men, one of whom was a Navy veteran, were arrested. They confessed that they had planned to infiltrate a Navy base in the south of France, seize a high-ranking officer, decapitate him and spread photos of the decapitation on social media. 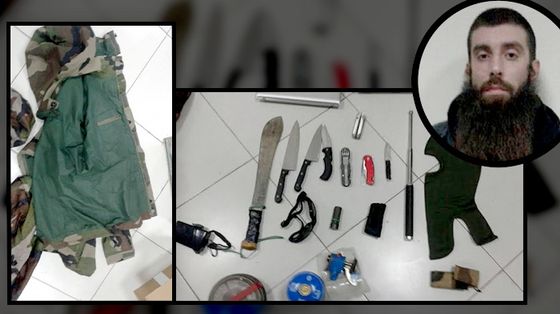 On March 6, 2016, a «radicalized» military veteran, Manuel Broustail, was arrested while getting off a plane in Morocco. According to the French newspaper, Presse Ocean, Broustail was carrying in his suitcase a machete, four kitchen knives, two pocket knives, a retractable baton, a black hood, and a gas canister. A French military veteran and convert to Islam, Broustail had previously been placed under long-term house arrest in Angers (Maine-et-Loire), days after the horrific attacks in Paris, in which 130 people were murdered. Discharged from the army in 2014, he had been under surveillance by French security agencies. The media seem concerned that such a person, carrying such weapons, could walk through airport security controls, board a plane and leave the country.

According to Thibaut de Montbrial, a terrorism specialist and president of the Center for Internal Security Studies, the risk is,

«having agents of security forces attack their colleagues. Someone in uniform attacks another person, wearing the same uniform. In France, such a scenario is not impossible. Security forces must keep this risk in mind.»

Yves Mamou, based in France, worked for two decades as a journalist for Le Monde. 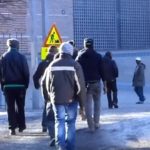