France: Soon with No Jews?

A year ago, in Paris, on April 4, 2017, Sarah Halimi, an elderly Jewish retired physician, was horribly tortured and murdered in her home in Paris, then thrown from her window by a man shouting «Allahu Akbar» («Allah is the greatest») . She had reported to the police several times that she was the victim of anti-Semitic threats — in vain.

Less than a year later in Paris, another elderly — and disabled — Jew, Mireille Knoll, was raped, tortured and murdered in her apartment by another Muslim extremist. Mrs. Knoll, a Holocaust survivor, had also contacted the police to say that she had been threatened. Again, the police did nothing. 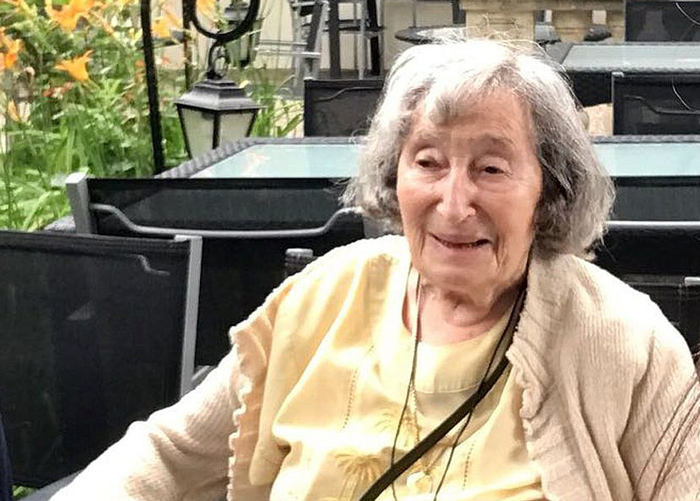 Mireille Knoll, an elderly and disabled Jewish Holocaust survivor, was recently raped, tortured and murdered in her apartment by a Muslim extremist. (Image source: Knoll family)

Both women were victims of an anti-Semitic hatred that is rising quickly in France.

French Jews live in constant insecurity. The men who murder them evidently do not hesitate to break into homes and attack elderly women; they seem to know they can threaten their future victims without fear of arrest. More often than not, the police do not even record the complaints of Jews who go to the police station, but simply note in the daybook that a Jew claiming threats came and went.

The French authorities say they are fighting anti-Semitism, but they never speak of the only anti-Semitism that today in France kills Jews: Islamic anti-Semitism. If the murderer is a Muslim, he is usually described as suddenly «radicalized».

The word «radicalized» is now used to describe Muslim killers. It allows those who use it to avoid the words «Muslim» or «Islam».

The French mainstream media also use the same language as the French authorities. When a killer’s neighbors are interviewed, they usually say he was «a nice guy«.

There was almost no news coverage of the murder of Sarah Halimi when it took place. There was more on the murder of Mireille Knoll, but almost none referred to the cause of her murder.

The fear that neutralizes French politicians and journalists is: Being accused of «Islamophobia».

In all the uncountable number of books on the danger and the consequences of anti-Semitism published in France since World War II, only one deals specifically with the hatred of Jews in the Muslim world. The author, Philippe Simonnot, a former journalist for the daily Le Monde, actually justifies this hatred. He alleges(incorrectly) that Jews who lived in Muslim countries were well treated, but then betrayed Islam by not fighting alongside Muslims at the time of Western colonization; that the creation of Israel has been a crime against the poor «Palestinians», and that Muslims have the right to collectively punish Christians and Jews. These ideas are not marginal. In France, they are widespread.

Each time, an anti-Semitic crime is committed by a Muslim on French territory, French politicians and journalists try to hide who the criminal is or what his motivations were. Often, they explain that the criminal is also a «victim.»

When a criminal leaves a message stating that he acted to avenge the suffering of «Palestinians», French politicians and journalists almost unanimously repeat that what happens in the Middle East must stay in the Middle East, and then that a «just solution» must be found to «Palestinian suffering». They ignore that, despite all of Israel’s efforts to treat Arabs humanely, every French report on Israel starts with denouncing Israeli soldiers as ruthless killers, supposedly happy to humiliate Arabs.

Today, France is the only country in the Western world where Jews are murdered simply for being Jews. Since 2006, eleven French Jews have been killed — men, women, children. At the Ozar Hatorah school in Toulouse, in March 2012, children aged three, six and eight were shot to death at point blank range.

«If they had been Muslims, their stories would have become a universal warning against intolerance, racism, ethnic and religious hatred … Politicians would have given their name to streets and schools.»

But they were Jews, so in France, the anti-Semitism is not named.

A few weeks ago, at the annual dinner organized by the Jewish organization CRIFin Paris, President Emmanuel Macron said that France is at war with anti-Semitism. In the aftermath of the murder of Mireille Knoll, he said the same thing.

For decades, all French Presidents have used virtually the same sentences.

Macron repeated many times that «without Jews, France would no longer be France». What appears to be taking place, however, is precisely that: a France with no Jews.

In two decades, more than 20% of French Jews have left the country. According to a survey, 40% of the Jews still living in France want to leave. Although Jews now represent a little less than 0.8% of the French population, half of the military and police deployed in the streets in France stand guard in front of Jewish schools and places of worship.

French Jews see that what remains of the Jewish presence in France is being erased. They know that they have to hide their Jewishness and that even if they are street-wise and carefully lock their door, risks are everywhere. They also know that what happens to them does not interest the rest of the French population. The French National Assembly has 577 members. Only one of them tirelessly and courageously draws attention to what is happening: Meyer Habib. He represents the French living in the Middle East and was elected thanks to the support of the French Jews who now live in Israel but still have their citizenship. Without them, he would have no chance of being elected.

After the murder of Sarah Halimi, a tribute to her was organized in the street where she lived. Only Jews attended. They were welcomed with insults, and bottles thrown from the windows of buildings.

When Jewish institutions called for a silent march in memory of Mireille Knoll, more people came. Again, most were Jews. Gilles-William Goldnadel, president of Lawyers Without Borders, and the Knoll family’s lawyer, said that Mireille Knoll’s late husband had been a survivor of Auschwitz and their children had lived with the memory of the Holocaust constantly in their minds, and how «terrible» it must be for them to see their mother murdered and her body burned. One of Mireille Knoll’s sons, Daniel, said that «Muslims must react».

French Muslim organizations condemned the murder, but not the Jew-hate.

A study conducted for Fondapol (Foundation for Political Innovation) in 2014 showed that 25% of the French population have anti-Semitic sentiments, and that among practicing Muslims, the proportion is 42%. According to the study, 28% of French Muslims are strictly hostile to the teaching of the Holocaust in schools. Many say that the Holocaust is a Jewish invention.

Jews may be the main victims, but they are not the only ones. In just five years, 250 people in France have been murdered by Islamic terrorists — the most recent victims were shot just a few hours before Mireille Knoll’s body was discovered in the ashes of her apartment.

On March 23, a French Islamic terrorist killed four people in Trèbes, a small town in Southwestern France. One of the victims was a senior officer of the French national gendarmerie who took the place of a hostage and was slaughtered with a butcher knife. The terrorist was shot dead.

Mainstream French media hid that the officer was stabbed to death; they said he had been «hit on the neck«. The terrorist, who shouted «Allahu Akbar» was not described as an Islamist, but, of course, as a man who was «radicalized». The French Department of the Interior added that he was considered extremely dangerous and had been «closely monitored» by the police. Thousands of people who are «radicalized» and are considered extremely dangerous are being «closely monitored» by the police.

When a police squad went to the neighborhood where the terrorist had lived, they were greeted by rioters.

Many Frenchmen consider the slaughtered senior officer, Arnaud Beltrame, a hero; in Paris, a solemn homage was paid to him. At the same moment, thousands of young Muslims were in the streets celebrating the terrorist and shouting his name, Radouane Lakdim. «For many young Muslims, the terrorist is the hero», Thibault de Montbrial, the president of the Center of Reflection on Homeland Security, said.

The day after the Islamic attack in Trèbes, France’s government spokesman said that France had the moral duty to welcome and «reintegrate» 258 French former members of the defeated Islamic State presently imprisoned in Syria. This is apparently the French government’s entire view of its moral duty.

A few days ago, a «call of 100 intellectuals against Islamist separatism» was published in Le Figaro. The text accuses Islamists of trying to «separate the Muslim population from the rest of the French.»

A large part of France’s Muslim population already lives separately from the rest of the French population. It self-segregates. The main problem, however, is not self-segregation. The main problem is the spread of hatred against Jews, France and the Western world. Muslim extremists incite murder; and more and more often, murders occur. They do not want to live separately: they want to destroy, ravage and conquer. One only has to look at the histories of Turkey, all of North Africa, all of the Middle East, Eastern Europe, Greece, Portugal, northern Cyprus and southern Spain.

Last year, the historian Georges Bensoussan, born and raised in North Africa, published a book called A Submissive France. The title seemed only too accurate. 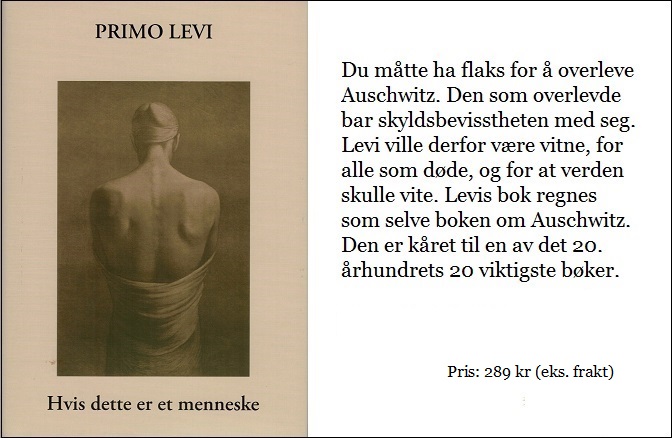