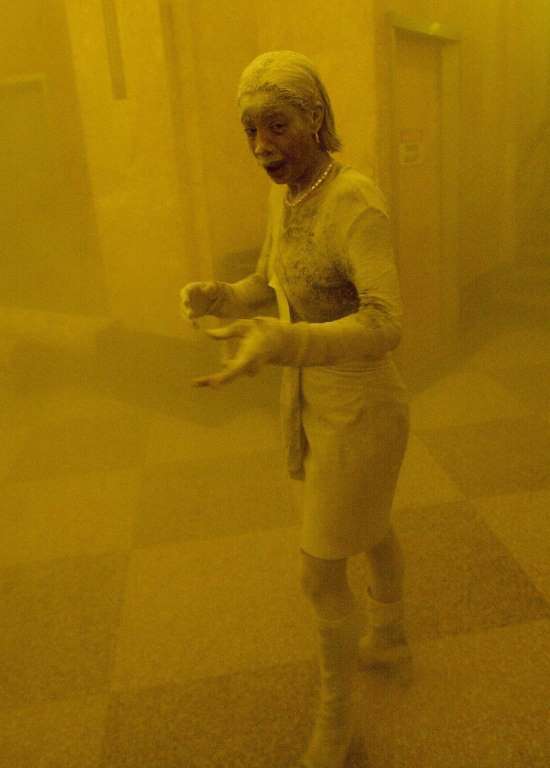 “There was a giant roar, like a train, and between the buildings I could see huge clouds of smoke and dust billowing out,” Honda recounted years later.

He ducked into a building lobby, where “a police officer was pulling people into the entrance to get them out of the danger.”

“A woman came in completely covered in gray dust,” Honda recalled in 2011. “You could tell she was nicely dressed for work and for a second she stood in the lobby. I took one shot of her before the police officer started to direct people up a set of stairs, thinking it would be safer off the ground level.”

Then, sickness struck: Borders received a diagnosis of stomach cancer last August, according to the Jersey Journal.

“My mom fought an amazing battle,” Noelle Borders told the New York Post. “Not only is she the ‘Dust Lady’ but she is my hero and she will forever live through me.”

But last September, just a month after Borders was diagnosed with cancer, three former members of the New York City fire department who had responded to the World Trade Center died on the same day. All three suffered from cancer.