The atheist from Morocco

Apostasy: Twenty five year-old Imad Iddine Habib founded an organisation for ex-Muslims in Morocco. Now he has ”lost everything”.

LONDON: ”How do I do that? There’re no taxis in the Underground”. I can hear a series of hearty guffaws on my cell phone. I’m in the process of telling Imad Iddine Habib that he can always hire a taxi and put it on my bill if he loses his way in London, where he doesn’t know his way around.

But Habib insists on finding his own way from Soho to Notting Hill by public transport. After a few minutes wait, an impressive figure appears from the Underground in West London. Twenty five year-old Habib is wearing a knee-length sark and has rastafari hair. 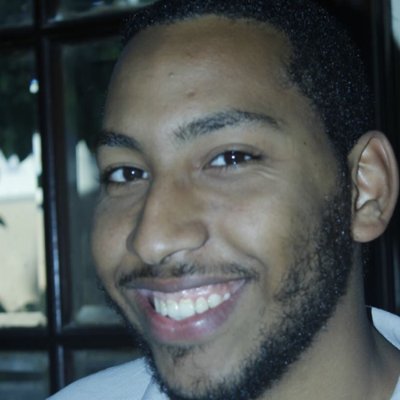 ”People say clothes like this are old-fashioned, but I declare them to be modern”, he says as he marches down Bayswater Road with a variety of carrier bags and a sleeping bag. In one of the nearby Starbucks cafes I let him plonk down in a basket chair and get us some coffe, cappuccino and water.

Habib sips his cappuccino and tells me with a chuckle that he spends his time either in a rented room in London’s centre or at his atheist friend’s digs where they, in company with his friend’s girl friend, ”drink every evening these days”.

But it’s not all party. Habib has done something no-one has done before: founded an organisation for ex-Muslims in a country where islam is the state religion. The country in question is Morocco where Habib was born and bred. And as he takes stock of the situation the smile soon disappears from his face.

”If you ask me would I do it again, I don’t think I would. I’ve lost everything”.

By ”everything” Habib means his family who disowned him. All his family. Not just his brother who is a religious fundamentalist but also his not especially religious parents who in the course of the years have thrown him out several times for openly voicing his disbelief about the fundamental tenets of islam.

And Habib who once studied physiotherapy in Morocco’s capital, Rabat, has probably also lost his country. He founded The Council of Ex-Muslims in 2013, and in spite of death threats managed to stage a conference. It was organised by a little group of sympathisers – and attended by a mere handful of people. After it finished there was trouble with the authorities.

”The police investigated me – I was under suspicion of encouraging Muslims to abandon their faith, which in practice is punishable by several years in prison. Morocco portrays itself to the outside world as a modern country with a progressive constitution. Internally it persecutes people who live and think in ways that vary from the norm”.

The Flight to Europe

Habib cites oppression of homosexuals as an example:

”They don’t get arrested for being gay but for being drunk and disorderly or acting improperly in a public place.

In Morocco they don’t have the same understanding of Rule of Law as they do in Europe. In Morocco any old policeman or any old judge can decide what’s to be done with you. And if human rights organisations try to interfere, then your dossier has as often as not conveniently disappeared.”

When Habib went undergroud he fled first from Rabat to Casablanca. Next stop was Europe and today he is considering seeking political asylum in Great Britain. But:

”What exactly am I doing in Europe? Ex-Muslims are not safe anywhere today. But at least you’re not hounded by the state. And in Europe you can argue the pros and cons of islam. But my intention was really to raise the question of islam criticism in the Muslim world. Maybe that’s impossible”.

He shakes his head and sips his cappuccino.

Betrayed by the Left

Habib is not the only Moroccan who has got himself into difficulties after openly declaring that he is an atheist. 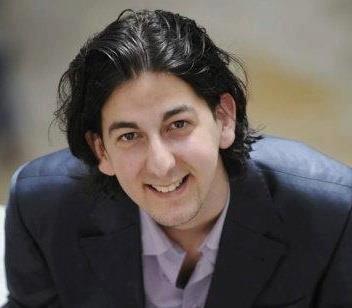 The writer Kacem el Ghazzali fled Morocco in 2011 after death threats and attacks and has now been granted political asylum in Switzerland. Another of Habib’s friends, the islam critic Egyptian/German Hamed Abdel-Samad lives in Germany and is not safe even there after being threatened by extremist groups. Habib smiles at the mention of Abdel-Samad’s name. ”He came to see me in Morocco”.

Support clearly means a lot for the young atheist, and there has also been support from the Council of Ex-Muslims in Great Britain. In February I heard him speak about his situation at a conference on apostasy, where he expressed his thanks – not only to ”the brave Marrocan women” – but also to the Council of Ex-Muslims who in collaboration with the members of One Law for All oppose the introduction of sharia, (islamic law). It was they who first raised the issue of Habib’s case and helped him to get to the West, and they later arranged a public meeting with him in London.

“They saved my life”, Habib says.

If Habib is angry with anybody it’s the left-wingers who in Habib’s opinion won’t confront the more questionable aspects of islam:

”I feel betrayed. Not only by the human rights groups in Morocco, whose activities don’t go any further than defending the rights of atheists, but also by the left-wingers who make deals with islamists or who won’t support apostates like me. They relapse into into a cultural relativism which I essentially see as racism”.

It was not written in the stars that Habib should turn out to be an atheist:

”I was born on a Friday, the Muslim holy day, so my grandmother had great expectations for me as an eminent Muslim scholar. But it didn’t turn out that way”.

Habib was sent to a koranic school at an early age:

“My first memory is reciting the koran. I wasn’t good at it, I didn’t speak until I was four and compensated by reading even more. When I was twelve, the koran’s message seemed retrograde and irrational. At the age of fourteen I knew the koran better than my parents, and I made up my mind that I didn’t believe anything in it.”

Habib acknowledges the fact that some people will see ham as being all too uncompromising, but he insists on saying that he, as an apostate, ”has a problem with liberal muslims”.

The Council of ex-Muslims also promotes Muslims, who believe in islam but only want to modernise or reform it. Habib says:

”We are always told that religion is a private thing, but if you identify yourself with a brutal and obscurantist movement – and that’s how I see islam – then how can that be a private thing?”

The right to criticise islam’s history

He consider the people from Charlie Hebdo as friends but says:

”I was so disappointed when they at one point wanted to do a feature on Muhammed and islam’s history. They kept strictly to the orthodox view of the koran and the hadith (traditional legends about Muhammed’s words, thoughts and deeds, ed.), but what do we really know about Muhammed? Was there actually such a person?”

Habib goes on to talk about the few koranic scholars – admittedly controversial – who have taken the liberty of doubting that Muhammed ever existed. But it’s a sensitive area.

”Muslim scholars impose rigorous restrictions on both Muslims’ and especially non-Muslims’ right to do critical research on the islamic scriptures”.

”We have a complex picture of Muhammed. He is apparently a man who does good deeds but who at the same time is a warlord and an utterly ruthless person: Which of these two Muhammeds are we to give credence to? We can talk about whether or not we should principally concern ourselves with Muhammed’s teachings in Mecca, where he functioned as a religious leader or his later teachings – in the Medina period – when he became political and where he formulated his law system. But is there any sense in doing that? No. Because we don’t even know if he lived at all”.

But what about sufism, the mystic element in islam? Isn’t sufism often cited as peaceful and yet orthodox way of practising islam? Habib is not completely convinced:

”They are the least violent group in islam, yes, but I think they are non-violent because they themselves have been persecuted. Some sufis have a personally orientated god-relationship and are also at the same time orthodox. There are even sufis who support Al Qaeda. It’s complicated. Take the salafists who want to live as they did in the time of the prophet. The sufis disagree with them for example on small matters such as celebrating the prophet’s birthday. Should Muslims do that? The sufis say yes, the salafists say no. And you must remember that in theology the sufis are usually proponents of following the law. They haven’t created an independent school of thought”.

Habib admits that he he is not overly optimistic regarding people’s hopes for more freedom in islam. Yes, it’s true his organisation in Morocco has inspired other apostates in places like Lebanon and Turkey, and it’s also true that islam ”that gets its rules and regulation from the eighth century is not particulary strong in theology. But islam ”is strong poltically” and it’s the political side of islam where the problem lies.

”Do Muslims want democracy? Or do they want sharia? Just give me a straight answer. But I don’t get one. I’m a bit worried that Muslims want a protective bubble round them. And they want the right to be the only ones who can criticise religion”.

This goes hand in hand with the Muslim victim mentality he meets all too often.

”They talk about the evil West, the evil USA and the evil Israel. Very seldom about the horror of Boko Haram’s and Isis’ mass killing sprees”.

One of Habib’s female friends from the Council of ex-Muslims turns up in the café and she listens as Habib delivers his last tirade.

”Every time there’s a terrorist attack on the West or somewehere else, Obama and other state leaders rush to assure us that islam is the religion of peace. Where does he get that from? I’ve studied islam from every conceivable angle and I have a very different opinion”.