According to a UNICEF report published this week, an estimated 800,000 children in and around Nigeria were forced from their homes by Boko Haram extremists. This report was published almost a year after the mass kidnappings of nearly 300 schoolgirls from Chibok. There are reports that many of these kidnapped girls were terrorized, raped and later forced to marry their captors.

On the other side of the world, the Taliban have been consistently targeting women and girls. Human Rights Watch’s World Report for 2015 says that there continue to be threats to women’s rights and freedom of expression. The report notes that other setbacks for women’s rights in 2014 included a continuing series of attacks on, threats toward, and assassinations of, high-profile women, including policewomen and activists, to whom the government failed to respond with any meaningful measures to protect them in the future. Nobel laureate Malala Yousafzai, who was shot in the head for asking for education, is a sad testimony to the Taliban’s hatred toward educated and empowered women and its terrorist attacks on unarmed schoolgirls.

In between these two worlds, there exists yet another terrorist threat to women. The Islamic State (ISIS) has consistently targeted women in their brutal battle for control of the Muslim world. In this process, members of ISIS have perpetrated barbaric and horrific attacks on minority Yazidi women. Haleh Esfandiari, the director of the Middle East program at the Woodrow Wilson International Center for Scholars, explains how the extremist group attacks women when they seize an area. «They usually take the older women to a makeshift slave market and try and sell them. The younger girls, basically they … are raped or married off to fighters,» Esfandiari said. «It’s based on temporary marriages, and once these fighters have had sex with these young girls, they just pass them on to other fighters.»

What do these three groups, Boko Haram, the Taliban and ISIS, which are terrorizing our world today, have in common?

Those of us living comfortable lives in North America, sometimes think that this is all happening «out there somewhere,» and that we are safe from these terrorists. We live in a country where we embrace liberal democracy, gender equality, freedom of speech and individual freedoms, so we naïvely think that everyone who comes here has the same values. Wrong. Those are the very values that the terrorists abhor, as they tell us time and again.

We must be aware that there are organizations and individuals right here in the United States and Canada who have exactly the same ideology as Boko Haram, the Taliban and ISIS. The only difference is that these North American organizations are required to follow the law of the land. They therefore cannot use violent measures against women and minorities quite so overtly while living here; so they resort to subversive tactics.

They nevertheless follow similar ideologies as other terrorist groups:

This is a message that resonates not only from some pulpits, but from some Muslim organizations based in U.S. and Canada, which like to say that they are the voice of the majority of Muslims living here. What is frightening is how many people fall into the trap of believing them, including some of the mainstream media.

It is not surprising, therefore, that a film such as Honor Diaries, which exposes injustices and violence against women in Muslim-majority societies, is a slap in the face of some of these North American Muslim organizations. They cannot handle the truth; they have been caught, cornered and trapped. The only way to deflect the issue is to intimidate and silence those who speak out. Like Boko Haram, the Taliban and ISIS, they specifically target women because they think they are the weaker gender.

Recently, at The University of South Dakota, one screening of Honor Diaries was cancelled, and at another screening, there were threats and intimidation toward the faculty and the speaker.

This threatening, silencing and censoring is the other face of terrorism; it is no wonder that one such organization, the Muslim Brotherhood, famous for trying to silence free speech, finds its name on the terrorist list published even by the United Arab Emirates.

The Other Face of Terrorism 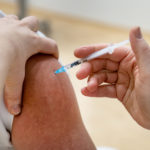