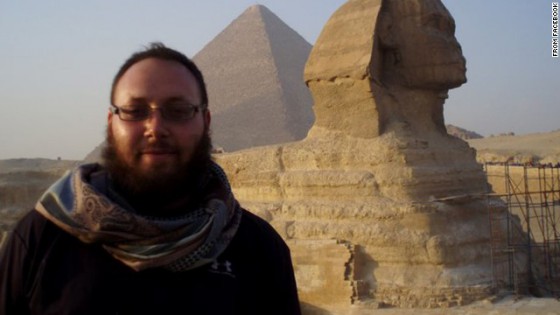 The ISIS terror group has published a video titled «A second message to America,» showing the beheading of American journalist Steven Sotloff.
The video also threatens the life of British captive David Haines.
Sotloff speaks to the camera before he is killed, saying he is «paying the price» for U.S. intervention. Considering he was a captive, it’s possible that his words were scripted for him.
The masked ISIS figure in the video speaks to U.S. President Barack Obama, telling him, «Just as your missiles continue to strike our people, our knife will continue to strike the necks of your people.»