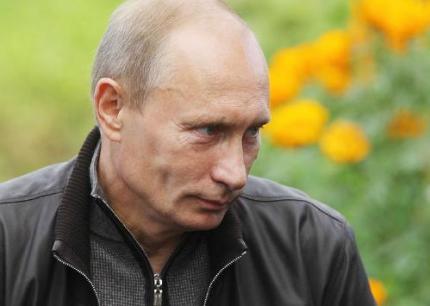 So Ukraine’s Crimea “voted” to join Russia at gunpoint.

I have no doubt a large percentage of Crimeans sincerely wish to join Russia despite the obvious-to-the-rest-of-us drawbacks. Crimea has a Russian majority—58 percent according to the 2001 census. And Crimea used to be part of Russia before Soviet Premier Nikita Khrushchev moved the border in 1954.

But just a few years ago, a majority of Crimeans in a national survey identified Ukraine, rather than Russia, as their motherland. The referendum ballot itself was highly dubious, and it’s spectacularly unlikely that a majority of Crimea’s Tatars and Ukrainians are interested in being subjects of Moscow, but let’s leave that aside for right now. Vladimir Putin is no more interested in what Crimea wants than what Kiev wants.

What he’s doing is simple.

U.S. Ambassador George F. Kennan described Russia’s mid-century foreign policy this way: “The jealous and intolerant eye of the Kremlin can distinguish, in the end, only vassals and enemies, and the neighbors of Russia, if they do not wish to be one, must reconcile themselves to being the other.”

Vladimir Putin isn’t a communist, but he is a product of the Soviet Union—he worked counter-intelligence in the KGB and spied on foreigners and diplomats in Saint Petersburg—and his view of Russia’s neighbors is no different now than it was then.

So when Ukraine could no longer tolerate being Putin’s vassal and overthrew his proxy Viktor Yanukovych, Ukraine instantly moved into the “enemy” column and is being treated accordingly.

But it isn’t just that simple. Putin has a strategy. And it’s working.

What he most fears is that Ukraine might join NATO, removing yet another buffer state between himself and the West and kiboshing his plans for the Eurasian Union, a euphemism for a 21st century Russian empire. (Does anyone seriously believe Kazakhstan will be an equal partner with Moscow?)

Keeping his former Ukrainian vassal out of NATO will be easy now even if a militant anti-Russian firebrand comes to power in Kiev. The Crimean referendum—whether it was free and fair or rigged is no matter—creates a disputed territory conflict that will never be resolved in Ukraine’s favor. It will freeze and fester indefinitely. There isn’t a chance that NATO would accept a member that has a disputed territory conflict with Russia. No chance at all. Ukraine is as isolated as it could possibly be from the West without getting re-absorbed into Russia entirely.

Putin did the same thing to Georgia in 2008 when he lopped off the regions of South Ossetia and Abkhazia, and he did it for the same reason.

A similar dynamic fell into his lap in Moldova, the poor and battered country east of Romania. The far eastern Slavic region of (Latin) Moldova declared independence after the Soviet period and calls itself Transnistria.

The world does not recognize the existence of a state called Transnistria, which is perhaps just as well. It’s still basically Soviet. The hammer and sickle are right there on the flag. Its first president, Igor Smirnov, groomed himself into a dead-ringer for Vladimir Lenin.

Putin couldn’t care less about what happens in Transnistria, but he keeps Russian troops there because they ensure Moldova stays out of NATO.

That’s not one, not two, but three times Russia has pulled this stunt since the end of the Cold War. Putin is doing it to Ukraine because it worked in Moldova and Georgia.

There is no exit plan. Russia is not going to pull out of these countries, nor will anyone force Russia out. It’s not worth a world war—not even close.

That’s where we are. Where to next? Well, Ukraine, Georgia, and Moldova could cede the scraps to Russia and join NATO as rump states, if NATO will have them. There’s not much else they can do. Because protesting and sanctions and diplomatic hand-wringing will have no effect whatsoever.