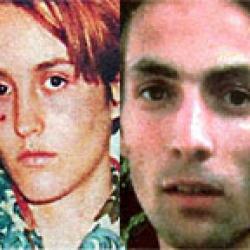 Florence Rey was a 19 year old student studying philosophy at the Science-Po and Audry Maupin was a 22 year old drop-out from the faculty of medicine at Nanterre. At the time of the incident they were living together in a squat in an abandoned bourgeoise house in Nanterre. The pair were already under observation by theRenseignements Généraux, the French secret police, prior to the incident due to their involvement with an underground political group. When the police searched their squat after the killings they found revolutionary and anarchist literature, such as The Society Of The Spectacle by Guy Debord. They found the couple’s writings, which echoed surrealism, radicalism and situationism.

The incident began at 9:25 pm on October 4, 1994, at the Porte de Pantin car pound. The pair climbed the perimeter fence with the intention of stealing the service firearms of the two policemen on night duty inside and neutralizing them with their own handcuffs. They discovered that the two officers did not carry handcuffs so they sprayed them with tear gas before making their escape. Outside they boarded a taxi waiting at a red light driven by an African taxi driver from Guinée named Amadou Dialoo. A passenger, Georges Monnier, was already on board and they threatened them with their arms, ordering the driver to drive to the Place de la République.

Normally the incident would have stopped there but ten minutes after hijacking the taxi, on arriving at the Place de la République, Dialoo noticed a police patrol car with three officers returning to their base in the 11th arrondissement after finishing their duty. Dialoo panicked and rammed the patrol car at full speed, badly injuring one of the officers, Regis D. The two other officers jumped out and Rey and Maupin opened fire, killing the two officers, Laurent Gerard and Thierry Memard. During the gunfight Maupin shot Dialoo but Monnier had escaped from the taxi and was lying on the ground.

The couple then hijacked a Renault Super Cinq driven by Jacky Bensimon and ordered him to drive to the Bois de Vincennes. A chase began and Maupin fired through the rear window of the Renault killing a motorcycle patrolman, Guy Jacob. On arrival at Vincennes there was a road block so Maupin ordered Bensimon not to stop or he would kill him. 100 metres before the road block Bensimon pulled the hand brake which caused the car to spin three times. Bensimon was thrown out which probably saved his life. The police opened fire on the Renault, fatally wounding Maupin who died at 10pm the following evening at the Kremlin-Bicêtre hospital. Before being arrested Florence Rey kissed Maupin without showing any emotion then refused to discuss the incident throughout her interrogation. 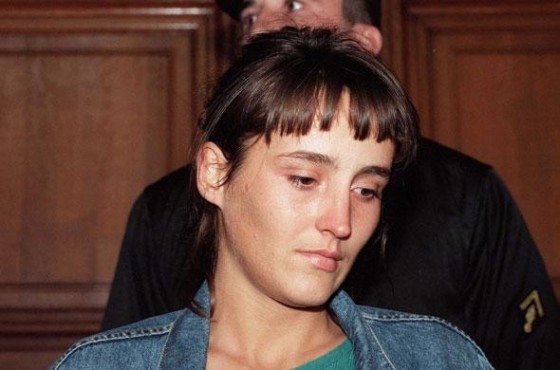 Rey was held in preventive detention at the Maison d’Arrêt des Femmes at Fleury Merogis waiting trial where she was occupied with reading and took part in amateur theatricals. She never discussed the incident with anyone, including her lawyers. Her trial began on the September 17, 1998, at the Assise Court in the Palais de Justice, Paris. She was defended by two lawyers, Maître Olivia Cligman and Maître Henri Leclerc. Throughout her trial she continued to show no emotion and Maître Cligman even rebuked her in court for her indifference. Ten witnesses were called but they all gave different versions of the event. The decision as to if she was a murderer or an accomplice rested on ballistic evidence which proved that Maupin fired all of the fatal shots.

On the September 30, 1998, the advocate general asked the court to sentence Rey to 30 years. After her lawyers had delivered their plea she was given the final opportunity to speak but she chose to remain silent. After five hours of deliberation the jury found her guilty as an accomplice and she was sentenced to 20 years imprisonment. She served her sentence in the Maison d’Arrêt des Femmes in Rennes.

She became somewhat of a heroine amongst disaffected Parisian youth, for example where the writer Patrick Besson wrote «Sonnet pour Florence Rey», and the band The Kills also wrote a song dedicated to her. The anarchist rock group Chumbawamba dedicated their song «Stitch That» to Florence Rey at live performances shortly after the incident. But unlike other notorious criminals who have earned money with their memoires, she still remains silent and refuses the interviews.

After benefiting from a remission of sentence Rey was discreetly released on May 3, 2009. During her incarceration she had received frequent visits from her mother and studied history and geography. She had also worked as a waitress in the prison refectory. 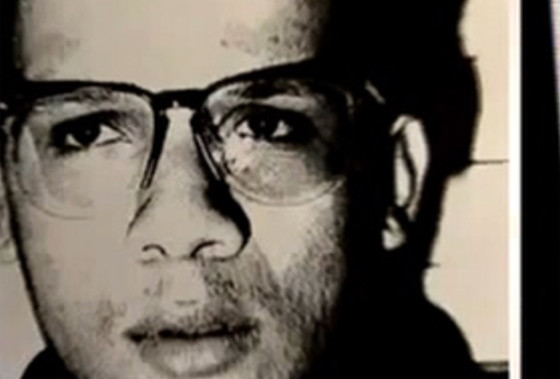