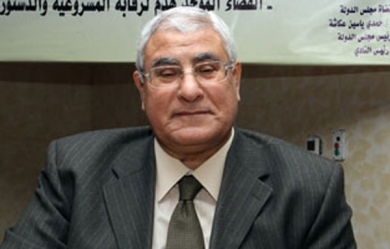 Mohammed Morsi, Egypt’s ousted president, was reportedly in police custody on Thursday morning after he refused to step down from his post on the orders of Gen. Abdel Fattah Al Sisi on Wednesday night.

Mr. Mansour took two oaths on Thursday morning: The first made him chief justice of the Supreme Constitutional Court and the second elevated him to the presidency.

Mr. Mansour has been the head of Egypt’s Supreme Constitutional Court since Monday, but the court’s own swearing-in ceremony was delayed for several days due to massive street protests against Mr. Morsi’s rule.