«The number of international students has increased greatly over the last few years—in the year up to September 2006, some 230,355 people came here to study, in the same period in 2010, that had increased to 355,386. An increase of 125,031, this is equivalent to a 54% increase in the number of student visas issued. In the same period, the number of those applying for work and family visas has dropped leaving study as the main cause of immigration, as shown by the table below.»

43. The answers to our questions on students and bogus colleges, along with areas of concern highlighted by the Committee can be found in the attached evidence. One of the reasons giving for reforming the study route «to ensure that those who enter on a student visa genuinely come here to study.» We asked for information on how many visas had been refused based on fraudulent evidence—we were informed that out of the 16,605 refused applications in April-July 2011, 2,359 were refused on the basis of fraudulent evidence. We also asked how many students who had broken the terms of their visa had had their leave curtailed or been deported. The UK Border Agency did not have the statistics to answer the question.

44. In the previous Parliament, our predecessor Committee published a report which examined ‘bogus colleges’—colleges which are set up to sponsor people who come to the UK for purposes other than genuine study. We asked a number of questions and we wanted to highlight several answers along with our response below:

a)  How many ‘bogus colleges’ have been closed or removed from the register in that period;

The UK Border Agency does not recognise the term «bogus college» and in any event has no powers to close a college.

The UK Border Agency does not have a power to fine or prosecute a sponsor for the misuse of its licence.

Instead we are informed that Sponsors may have their licence downgraded restricting their ability to sponsor new non-EEA students. Re-ratings are based on compliance issues which were not considered serious enough to warrant suspension or revocation of the licence.» They confirmed that the Agency had suspended 76 licences and revoked 11 licences.[49] We are surprised by this statement as in evidence to our previous inquiries on ‘bogus colleges’ the Home Office stated that individuals who «facilitate the commission of a breach of immigration law by a non-EU citizen» can be prosecuted under the Immigration Act 1971.[50]

45. We cannot understand why the UK Border Agency is unable to tell us how many students had their leave curtailed or were deported for breaking the terms of their visa. We are surprised that the Agency is unaware of the term ‘bogus college’ as it has been used by Ministers and this Committee. We are also shocked if the worst punishment a sponsor who misuses their licence faces is the revocation of their licence, although previous evidence seems to contradict this statement. We would ask the Agency to confirm this is the case and clarify this point. On previous occasions we have come across anecdotal evidence that the Agency is not always clear, fair and consistent in its dealing with colleges, and while we support efforts to deal with wrongdoers and institutions that fall below the required standard, we are satisfied that most colleges provide an important educational service and contribute to their local economy. It is therefore important that the Agency understands the need to maintain a proper balance and is helpful to genuine educational institutions. 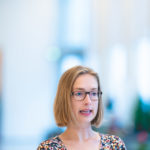