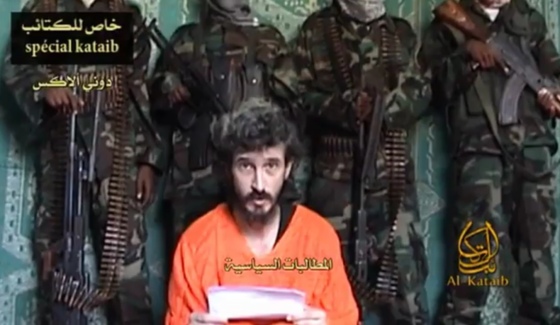 Shabaab, al Qaeda’s affiliate in Somalia and East Africa, announced today that it executed a French intelligence operative who was captured in Mogadishu in 2009. The hostage, Denis Allex, was the subject of a failed rescue attempt last week by French commandos. Shabaab said he was killed after the group «reached a unanimous decision.»

The al Qaeda affiliate announced the execution of Allex in an official statement that was released on its Twitter site, @HSMPress (Harakat Al-Shabaab Al Mujahideen Press Office). In the statement, Shabaab pinned the blame for Allex’s death on France, and denied the French claim that the hostage was killed during the rescue attempt. Shabaab has maintained this position since the first report of the raid, while French officials claimed that Allex was indeed killed during the rescue attempt [for more information on the French raid, see LWJ reports, Shabaab releases photos of French commando captured in failed rescue mission, and Shabaab kills, captures French soldiers during failed rescue mission in Somalia].

«With the rescue attempt, France has voluntarily signed Allex’s death warrant. Following the failed operation, [French Defense Minister Jean-Yves Le Drian], aware that execution is the natural corollary of treachery, announced that the punishment had already been meted out, despite the fact that Allex was at the time alive and safe in another safe house,» the group said.

Shabaab said it murdered Allex after years of attempting to negotiate with France, and finally decided to kill him after the French commandos killed civilians during the rescue attempt. Two French commandos were killed; one of them was captured and subsequently died of his wounds, according to Shabaab. Two days ago, Shabaab released photographs of the captured French commando, who they claimed was the mission commander, and displayed his body with his weapons and gear.

«The death of the two French soldiers pales into insignificance besides the dozens of Muslim civilians senselessly killed by the French forces during the operation,» Shabaab stated.

Shabaab also claimed Allex was executed for France’s involvement in military operations in Afghanistan, Mali, and other «Muslim lands.» French troops have entered Mali to help the government retake the north from an Islamist alliance made up of al Qaeda in the Islamic Maghreb, Ansar Dine, and the Movement for Oneness and Jihad in West Africa. Last week, the jihadist groups advanced southward to take control of Bamako, the capital. The three militant Islamist groups have controlled northern Mali since the spring of 2012.

«Avenging the deaths of these civilians and taking into consideration France’s increasing persecution of Muslims around the world, its oppressive anti-Islam policies at home, French military operations in the war against Islamic Shari’ah in Afghanistan and, most recently, in Mali, and its continued economic, political and military assistance towards the African invaders in Muslim lands, Harakat Al-Shabaab Al Mujahideen has reached a unanimous decision to execute the French intelligence officer, Dennis Allex,» the terror group said.