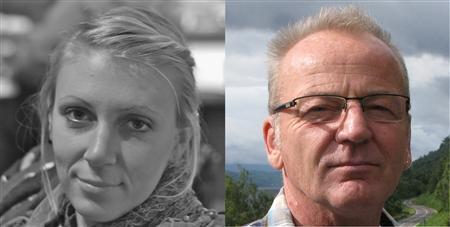 Military helicopters ferried elite troops to the pirate camp in scrubland close to Haradheere, a major pirate base in central Somalia, Washington’s Germany-based Africa Command (AFRICOM) said in a statement.

«All nine captors were killed during the assault,» it said.

The Danish Refugee Council said Buchanan and Thisted were now at a safe location. Media reports said they had been flown to neighboring Djibouti, home to the only U.S. military base in Africa and France’s largest base on the continent.

Somali pirate gangs typically seize ships in the Indian Ocean and Gulf of Aden and hold the crews until they receive a ransom. The kidnapping of the aid workers in Galkayo was an unusual case of a pirate gang being behind a seizure on land.

U.S. and French forces have intervened to rescue pirate hostages at sea, but attacks on pirate bases are very rare.

The U.S. raid was unlikely to deter pirates who rake in tens of millions of dollars each year in ransoms.

Danish Foreign Minister Villy Sovndal earlier said the poor health of one hostage had led Washington to take action and said the rescue operation did not necessarily pave the way for further copycat missions.

People involved with the hostages had said earlier this month Buchanan was suffering from a possible kidney infection.

«About 12 U.S. helicopters are now at Galkayo. We thank the United States. Pirates have spoilt the whole region’s peace and ethics. They are mafia,» Mohamed Ahmed Alim, leader of the Galmudug region, told Reuters.

He was speaking from Hobyo, a pirate base north of Haradheere, where he said he was negotiating the release of an American journalist seized on Saturday, also from Galkayo.

Pirates and local elders say the American journalist and a number of sailors from India, South Korea, the Philippines and Denmark are being held by pirate gangs.

A British tourist kidnapped from Kenya on September 11, 2011 is also still held captive in Somalia.

The freed hostages were then taken by helicopter to an undisclosed location.

Obama was overheard congratulating Panetta, apparently for the success of the operation, as Obama entered the House of Representatives chamber on Tuesday for his annual State of the Union speech.