I described anti-Semitism as ‘both a constant and a constantly morphing phenomenon.’ Allow me an example. For much of the last two thousand years there have been varieties of Christian anti-Semitism. There are many contributing strands, but perhaps the most important is derived from the claim that the Jews, rather than the Romans or indeed God, are responsible for killing Jesus. The verse in St Matthew’s gospel (chapter 27, verse 25) ‘His blood be on us, and on our children’ has been at the root of many Christian atrocities over the years.

However, many Christians and others were aware of this, and parallel strains of thought existed and arose. In recent centuries secularist thinkers and other outsiders from the religion have helped to push the churches on the matter. Of course the Catholic Church does not speak for all Christians, but it was a hugely significant leap when in 1965 Pope Paul VI issued Nostra Aetate. This proclamation, voted upon by the Second Vatican Council, clarified the issue of the Catholic Church’s attitude towards the Jews. It included this important passage :

‘True, the Jewish authorities and those who followed their lead pressed for the death of Christ; still, what happened in His passion cannot be charged against all the Jews, without distinction, then alive, nor against the Jews of today. Although the Church is the new people of God, the Jews should not be presented as rejected or accursed by God, as if this followed from the Holy Scriptures. All should see to it, then, that in catechetical work or in the preaching of the word of God they do not teach anything that does not conform to the truth of the Gospel and the spirit of Christ.

Furthermore, in her rejection of every persecution against any man, the Church, mindful of the patrimony she shares with the Jews and moved not by political reasons but by the Gospel’s spiritual love, decries hatred, persecutions, displays of anti-Semitism, directed against Jews at any time and by anyone.’

Of course this has not cleared up all versions of Catholic, or Christian anti-Semitism and its variants. Rank examples of these can still occur. But Nostra Aetate had a palpable result. Not the least of them was this: if you are a Catholic you might still feel, and even espouse, anti-Semitic views, but you should know that you are acting against the stated positions of your faith whose leaders have refuted the Biblical interpretation to which you cling.

Which brings me to my point — indeed the punch I pulled in my earlier blog: the question of ideology. The Islamists who espouse — in words and action — a form of anti-Semitism do not do so from an absolute void. They have not decided that Jews are a target because of something wholly irrational that has gone off simultaneously in all of their heads — or at least not solely because of that. They think and act in the way that they do because they believe they have a religious mandate for doing so. In particular they point to certain actions of their religion’s founder, as well as certain portions of both the Quran and the Hadith. To give just one example: the founding charter of Hamas cites one of the most disturbing sayings of Mohammed.

Of course, for better and worse, Islam is not the Catholic Church. It does not have a Pope at its head nor a Vatican council who can vote, decree and make things so. But then the Catholic Church is not Christianity. All large religions are complex — pluralistic if one is being kind, schismatic if one is not. Yet I make the comparison for a particular reason. The Catholic Church’s attitudes towards Jews was not always as happy as it is today, but half a century ago it was able, not before time, to address the problems arising from one verse in St Matthew because it acknowledged it, dealt with it and refuted a popular interpretation of it. It was assisted in this process (though the church did not necessarily see it this way) by numerous non-Catholic voices, outside the church, decrying — and decrying with a special weight after the Shoah — the church’s slightest inclinations in that old direction.

So back to Islam. One way of reacting to the problem of Islamist violence and Islamic anti-Semitism in particular is to pretend it is not there. This has been the attitude of many comfortable people in recent years. Another, equally common, position is to acknowledge it is there but attribute it solely to causes other than those which the perpetrators cite (poverty, foreign policy etc). Another is to acknowledge the religious claims which the terrorists cite but claim that they are completely wrong in this claim, that their ideas come from nowhere and could not have anything to do with Islam which is characterised wholly by its (undeniably also existent) peaceful elements. It is an understandable attitude, and, I must say, a popular one. It is bolstered by physical fear and a concern — which I now recognise is more understandable than I always have in the past — that discussions of historical actors, however truthful, may appear to be perceived as an attack on ordinary people just getting on with their lives.

Nevertheless the point has to be made. The actions of Al-Qaeda, Hezbollah, Islamic Jihad, Hamas, the Revolutionary government in Iran are obviously not a good interpretation of Islam. They are also demonstrably not an interpretation followed by most Muslims today. But they do not come from nowhere. Just as a very strong part of Christianity’s problem with Jews came from Christian scripture and the use of those scriptures by Christian leaders, so a very strong part of the problem some Muslims have with Jews comes from Islamic scripture and the use of that scripture by Islamic leaders. The teachings of Yusuf al-Qaradawi are just one case in point. Acknowledging this does not mean that the practised Islamic faith will always have problems with Jews. But it cannot seriously be claimed that such a problem is not there, in the life of Islam’s founder, in the Quran and Hadith as well as in varying forms throughout Islamic history.

If Islam were Christianity this would have been dealt with. Not because of anything innate in the religion, but because people would not have feared to make this case. If this were Christianity, the pressures of criticism and critical inquiry — from within but also, essentially, from without — would press in such a way that many people would probably rejoice in taking up the cause. But very few people are keen to do this when it involves Islam. Most people from within the religion are either unaware of these aspects, or ignore them, or believe they should not air what they recognise is dirty linen in public. Simultaneously, most people outside are unwilling to point such things out because they fear everything from accusations of bad manners to a perception that they are not in fact critics of an ideology, or aspects of a religion, but racists or other varieties of bigot.

Not to understate it at all: this is a tragedy. It is a tragedy for Muslims first, for the Jews next and for all the rest of us after that. The best way to ensure that no equivalent of Nostra Aetate ever emerges from the Islamic faith is help to deny — rather than face up to — very uncomfortable facts and instead join in the popular pretence. My personal hunch, and hope, is that the Islamic faith will one day go through a similar transformative process to that of the Catholic Church. It will not be easy and it will not be painless. But whether honest inquiry or pleasant lies prevail will mark the difference over whether this process takes years or centuries. 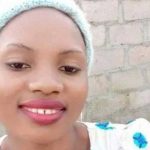 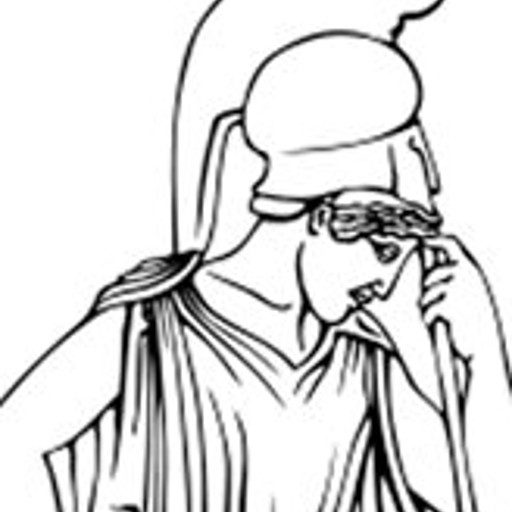