just last week, Medvedev’s image as a civil-rights champion was dealt a stunning blow when his chief adviser on human rights, Ella Pamfilova, resigned. Her reason? A new wave of violent attacks and threats against Russia’s human-rights activists, as well as what Pamfilova calls the “never-ending wave of hate” from the Kremlin toward anyone critical of its policies. (A Kremlin spokesperson would only comment that Pamfilova was not pushed out, but resigned of her own accord.)

The past year has been a brutal one for activists in Russia: three have been killed and four evacuated from the country since last summer. Last month, state bureaucrats dubbed activists with the human-rights group Memorial—one of the most distinguished NGOs in Russia—“enemies of the people” and “worse than terrorists.” And at the annual July retreat of the pro-Putin youth movement Nashi, members openly paraded about an effigy—dressed in Nazi regalia—of Lyudmila Alekseyeva, the 83-year-old former dissident and leader of the human-rights monitor Helsinki Group. Though Pamfilova brought the incident to the Kremlin’s attention—and though Alekseyeva is a member of Medvedev’s human-rights council—Nashi went unpunished. It was the final straw for Pamfilova, who promptly quit in protest. 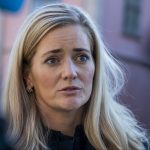 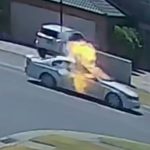