Thanks to the EU’s complete appeasement policy towards the Iranian regime, it is now capable of building a nuclear bomb. In 2015 France, Germany and the UK changed their Iran policy from imposing pressure to adopting diplomacy. The diplomatic route included lifting oil and gas sanctions on Iran. Pictured (L-R): Then French Foreign Minister Laurent Fabius, then German FM Frank-Walter Steinmeier, then EU High Representative for Foreign Affairs Federica Mogherini and then Iranian FM Mohammad Javad Zarif in Vienna, Austria on July 14, 2015. (Photo by Joe Klamar/Pool/AFP via Getty Images)

Thanks to the EU’s complete appeasement policy towards the Islamist mullahs, the Iranian regime is now capable of building a nuclear bomb.

«In a few days we were able to enrich uranium up to 60 percent and we can easily produce 90 percent enriched uranium…. Iran has [now] the technical means to produce a nuclear bomb.»

The current capability of the mullahs to manufacture a nuclear bomb is most likely a culmination of the EU’s appeasement policy towards the Islamic Republic, particularly since 2015.

In 2015, the European powers — France, Germany and the United Kingdom — changed their Iran policy from imposing pressure to adopting diplomacy. The diplomatic route included lifting oil and gas sanctions on Iran as well as removing some Iranian individuals and entities from the list of countries to be sanctioned. According to the preface of the Joint Comprehensive Plan of Action:

«The JCPOA will produce the comprehensive lifting of all UN Security Council sanctions as well as multilateral and national sanctions related to Iran’s nuclear programme, including steps on access in areas of trade, technology, finance, and energy.»

The EU immediately allowed transfers of funds between Iranian and EU persons and entities, banking relationships between Iran’s banks and the EU financial institutions, financial support for trade with the Islamic Republic, financial assistance and concessional loans to the Iranian government, the import of Iranian oil, petroleum products, gas and petrochemical products, investment in the oil, gas and petrochemical sectors, as well as export of gold, precious metals and diamonds, among others.

The EU continued with this policy even though the Iranian regime was found to violate the JCPOA. For instance, Germany’s domestic intelligence agency, the Federal Office for the Protection of the Constitution (BfV), revealed in its annual report a year after the nuclear deal was reached, that Iran’s government was pursuing a «clandestine» path to obtain illicit nuclear technology and equipment from German companies «at what is, even by international standards, a quantitatively high level.» Germany’s BfV also stated:

«Against this backdrop it is safe to expect that Iran will continue its intensive procurement activities in Germany using clandestine methods to achieve its objectives.»

Even during the life of the nuclear deal, the United Nations’ nuclear watchdog, the International Atomic Energy Agency (IAEA), warned that the Islamic Republic violated the nuclear agreement at least twice.

After the Trump administration pulled the US out of the nuclear deal, the EU did not change its course. Instead, Germany, France and the UK doubled down on their Iran policy. The three countries established a mechanism called the Instrument in Support of Trade Exchanges (INSTEX) which was primarily created to skirt US sanctions. Heiko Maas, Germany’s then foreign minister, pointed out:

«We’re making clear that we didn’t just talk about keeping the nuclear deal with Iran alive, but now we’re creating a possibility to conduct business transactions.»

Did the Iranian regime reciprocate the EU’s favors? Instead, they gradually reduced their compliance to the nuclear deal to a point where, according to the IAEA, they violated all terms and restrictions of the 2015 nuclear deal.

Later, the Iranian government also switched off several surveillance cameras that had been installed by the IAEA in Iranian nuclear sites.

Iran has continued to enrich a substantial amount of uranium — up to 60% purity, a short technical step away from the 90% purity level required to build a nuclear weapon.

The EU’s soft-on-Iran policy remained undisturbed even after France, Germany and the UK warned that the Iranian government’s latest action was «further reducing the time Iran would take to break out towards a first nuclear weapon and it is fueling distrust as to Iran’s intentions.»

In spite of all these developments, the EU is still trying to revive the failed nuclear deal while it continues to trade with the Islamic Republic. According to the Tehran Times:

«The value of trade between Iran and the European Union, reached €4.863 billion in 2021, registering a nine-percent growth compared to the previous year…. According to the data released by the Tehran Chamber of Commerce, Industries, Mines and Agriculture (TCCIMA), Iran exported €554 million worth of commodities to the union during the said nine months, while importing goods valued at €2.7 billion».

Iran will not even have to use any nuclear weapons to persuade the leaders of Europe to do whatever it likes; the threat alone should do the trick. The mullahs might even sell or give a few to their terrorist militias. The tea leaves are not that hard to imagine; one only need look at Syria, Lebanon, Yemen and Iraq.

Dr. Majid Rafizadeh is a business strategist and advisor, Harvard-educated scholar, political scientist, board member of Harvard International Review, and president of the International American Council on the Middle East. He has authored several books on Islam and US Foreign Policy. He can be reached at Dr.Rafizadeh@Post.Harvard.Edu 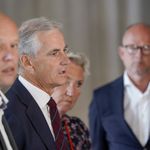 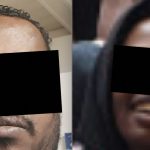 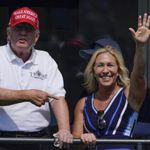 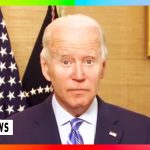 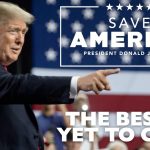 On Iran, Biden Administration Ready to Undo Former Administration's Work, whether It is Good for the World or Not?
17. april 2021
Iran: The Mullah's Pursuit of Obtaining Nuclear Weapons
19. februar 2021
Why Are the Biden Administration, EU, Appeasing the Iranian Regime?
12. mars 2022
Europeerne styrter til Teheran for inngå avtaler
13. august 2015
Arabs Warn West: Do Not Let Iran Fool You
5. mai 2021
Appeasement: The European Sickness
24. august 2020
Iran: Mullahs Celebrate What They Hope Will Be the Return To Their Nuclear Bomb
10. november 2020
U.S. Only Country to Hold Iran's Mullahs Accountable
17. oktober 2020
The Real Purpose of the Iran Nuclear Deal
27. mai 2022
Teheran - saboterer avtale?
24. oktober 2009