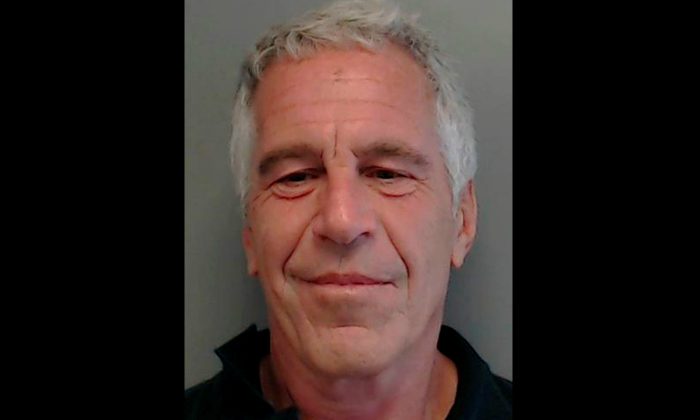 Baden said that Epstein’s neck injuries were “extremely unusual in suicidal hangings and could occur much more commonly in homicidal strangulation.”

“I’ve not seen in fifty years where that occurred in a suicidal hanging,” he said.

“The brother is concerned that if [Epstein] was murdered, then other people who have information might be at risk,” Baden said in the Oct 30 interview, suggesting that powerful individuals may have been involved in the death.

“If they think he has information, his life could be in jeopardy,” he said.

Later, he called on investigators to release the findings from Epstein’s DNA samples.

“They took fingernail clippings to see if there’s anybody else’s DNA on it and that hasn’t been released, neither has information about whose DNA is on the ligature out of torn strips of orange sheets,” he said. “Whoever made it has to have a lot of DNA on it and the brother has been asking for that from day one.”

What’s more, he questioned the claim that two security guards at the jail were asleep when Epstein was found hanging in his cell.

“Occasionally a guard falls asleep—never two guards at the same time,” he said on Fox News. “The issue would be, did somebody come in and cause his death?”

“He thinks that his brother wasn’t the type to commit suicide but he wants to get the information that he hasn’t been able to get so far,” he said.