EU-udenrigschef Mogherini: “Islam belongs in Europe.”, “.. political Islam should be part of the picture”

“I will start with an anecdote. I graduated two years before 9/11 and it was hard at that time to find a professor who would accept that political Islam could be the subject for a dissertation in political science. Italy has a great university system, but I had to go to France with the Erasmus programme to find someone who would consider Islam as a topic not for history, or literature, or cultural studies thesis, but for political science.

A lot has changed since then. In the following years the idea of a clash between Islam and ‘the West’ – a word in which everything is put together and confused – has misled our policies and our narratives. Islam holds a place in our Western societies. Islam belongs in Europe. It holds a place in Europe’s history, in our culture, in our food and – what matters most – in Europe’s present and future. Like it or not, this is the reality.

As Europeans, we should be proud of our diversity. The fear of diversity comes from weakness, not from a strong culture.

I shall be even more clear on that: the very idea of a clash of civilisations is at odds with the most basic values of our European Union – let alone with reality. Throughout our European history, many have tried to unify our continent by imposing their own power, their own ideology, their own identity against the identity of someone else. With the European project, after World War II, not only we accepted diversity: we expressed a desire for diversity to be a core feature of our Union. We defined our civilisation through openness and plurality: a mind-set based on blocs does not belong to us.

This is our common fight: to make this concept accepted both in Europe and beyond Europe.

For Europe and Islam face some common challenges in today’s world. The so-called Islamic State is putting forward an unprecedented attempt to pervert Islam for justifying a wicked political and strategic project. … Da’esh is Islam’s worst enemy in today’s world. Its victims are first and foremost Muslim people. Islam is a victim itself.

We need to show some humble respect for diversity. Diversity is the core feature of our European history, and it is our strength. But we should also show respect for diversity when we look outside our borders. We need to understand diversity, understand complexity. This is difficult, but maybe a bit less difficult for us Europeans. We know diversity and complexity – especially here in Brussels – from our own experience.

Inclusiveness can be the key to our success – both when we talk foreign policy and when we deal with our home affairs. … We need to pass a cultural message, to lay the basis for our political message: any attempt to divide the peoples of Europe into ‘us’ and ‘them’ brings us in the
wrong direction. The migrants and us. The Muslims and us. The Jews and us… We learnt from our history that we all are someone else’s ‘other’. The fear of the other can only lead us to new conflicts.

I hope we can work together to increase our self confidence. When we say we are European, we should also remember what is the root of our European culture: our diversity. That is our strength, and we should learn to be proud of it.” 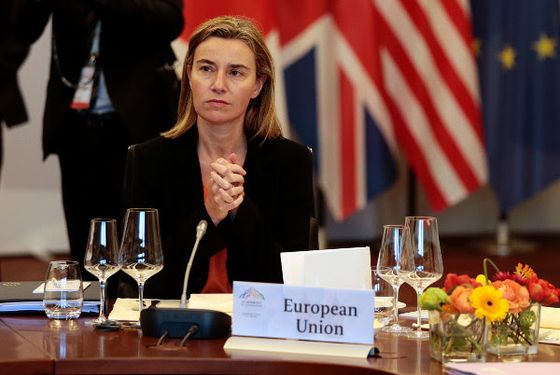