Playing with an equation

In mathematics and physics equations rule everywhere. When discussing morals though – I guess they’re not too common. Anyway, I will play around with an equation here – inspired by some recent bloodbaths.

Let us assume we have a group of people, say around 20, gathered in a room open for the public – in a meeting intended to discuss some subject. They discuss the subject in a peaceful and organized manner.

Let’s place it in a university area.

Posters have been set up in advance, advertising the subject of this meeting. The subject is explained in a sentence on the poster, or at most a paragraph. Let’s make this equation:

So we don’t know the subject of this meeting – for now. Let’s finish the example.

During the meeting, some person sees the poster, is offended by the subject, fetches a kalashnikov from his car, goes to the meeting – and massacres all those present.

In my opinion the action of this man is morally wrong, regardless of the value of X, and those organizing and attending the meeting have done nothing wrong.

Strangely enough – some people seem to have a moral code where they need to know “X” to evaluate this mass murderer. Tragically, we’ve seen numerous examples of this lately – with journalists and politicians having opinions completely depending on the X in such situations.

Their solution – limit the range X can have – make some subjects illegal for (public) meetings. I believe this contradicts several human rights (free speech, freedom of association).

This moral compass of these people – behaving like it’s in the Twilight Zone – is even more specific than one might first think. Let us expand X a little:

Oddly enough – I strongly suspect those people who needed to know the X above still needs to know X.

Was the meeting about the artist Andres Serrano and his work “Piss Christ” – then they would condemn this massacre without reservation – since X=Jesus – and everybody has the right to bash and ridicule  him. 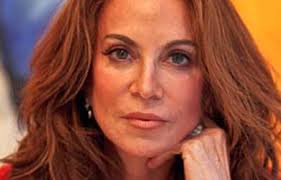 Photo: What does «controversial» mean? Does it mean that you must factor in a violent death for your opinions? In reality a number of persons in the Western world have been consigned to death. Eufemisms like «controversial» signifies potential violent end. Witness medias treatment of Pamela Geller.

But lately X has had a different value than Jesus – hence those who attended the meeting “had it coming” – according to those many with a rather, shall we say, flexible moral compass.

But when they considering limiting the range of “legal X’s” – they should keep in mind that those with kalashnikovs will keep on shooting anyway – as their targets include far more than just those who debate or exhibit art.

“If the freedom of speech is taken away then dumb and silent we may be led, like sheep to the slaughter.” (George Washington)