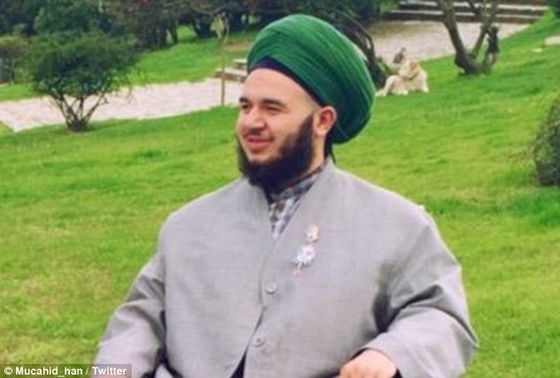 Turkish preacher Mucahid Cihad Han made the comments in response to a viewer’s startlingly honest query during a broadcast on live TV.

At first appearing puzzled by the caller’s question, he eventually warned him to ‘resist Satan’s temptations’.

Forced to repeat the question several times to the confused preacher, he was eventually advised that the act was forbidden.

‘Moreover,’ Han said, ‘One [saying] states that those who have sexual intercourse with their hands will find their hands pregnant in the afterlife, complaining against them to God over its rights.