«Taliban terrorists allegedly burned a teacher alive and made the students watch during their attack on a Pakistan school which left over 130 people dead.»
«According to a NBC News report, citing an unnamed military official, the terrorists stormed the Army Public school in Peshawar, in north-west Pakistan, and committed the horrific act as well as detonating a suicide bomb which killed a number of students.»
«They burnt a teacher in front of the students in a classroom,» the unnamed military source told the US TV network.»
«They literally set the teacher on fire with gasoline and made the kids watch.» 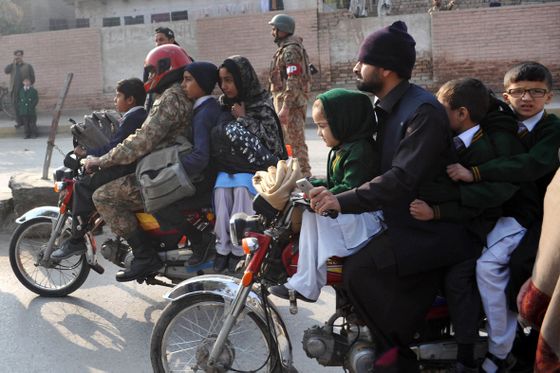 «Pakistani officials have yet to verify the burning of the teacher, or other reports that some of the bodies of the dead school children are being brought into the hospital headless.»
«According to a tweet by Omar R Quraishi, an editor at the The Express Tribune who has over 154,000 Twitter followers:»
«Some of the bodies brought to hospital during the Peshawar school attack have been headless: source.»

Most of the victims of the terror attack at Peshawar’s Army Public School were shot in head from point blank range by the militants, a media report said on Tuesday.

Some, however, as survivors claim, died during gunfight between the Pakistani army who stormed in the school building in retaliation.

There were reportedly three suicide bombers, who blew themselves up, leading to several more deaths-all between the age of 10 and 20 years. A Reuters Correspondent narrates the horror at the local Combined Military Hospital where the corridors were lined with the charred bodies of school kids in their uniforms. Meanwhile, in a heart-wrenching incident, a family was handed over the wrong body as the children were beyond recognition due to the explosions.