Ziad Abu Ein who heads the PA organization fighting against the security barrier and settlements, was involved in a scuffle with Israeli troops near Turmosiya south of the Shiloh settlement in the northern West Bank, during which he inhaled tear gas and was hit by the butt of a rifle.

He was evacuated for medical care, and died in the hospital. Abu Ein was not in good health, Ynet reported.

The IDF said it was looking into the incident.

Palestinian Authority President Mahmoud Abbas called it a “barbaric action,” and promised to take “the proper actions after the investigation reveals how he was killed.”

The Palestinians are suspending security cooperation with Israel, the Palestinian al-Quds newspaper reported. 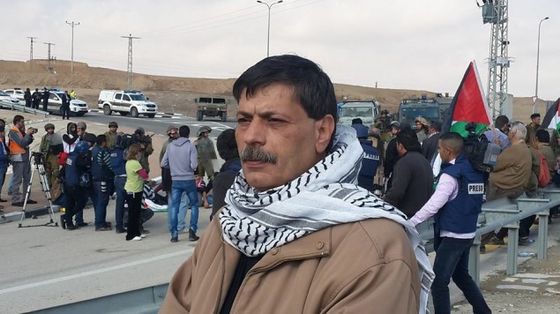 Abu Ein, a member of Fatah’s Revolutionary Council, is a convicted terrorist who was extradited from the US to Israel for a 1979 terrorist bombing that killed two Israeli teens. He was released during a 1985 prisoners swap which saw 3 IDF soldiers captured in Lebanon set free.
PA official said to die after clash with IDF | The Times of Israelhttp://www.timesofisrael.com/palestinian-official-said-to-die-of-idf-inflicted-wounds/#ixzz3LUbNLQXX