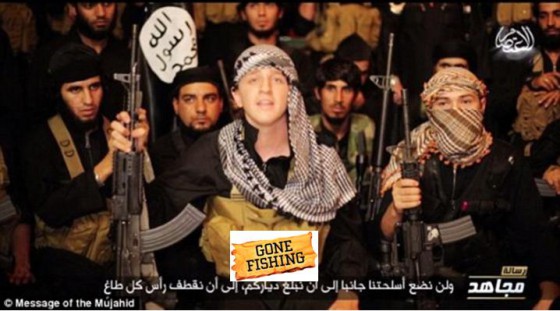 Elmir, who told family he was going away on a fishing trip, will not be allowed back into Australia under national security laws.

The ANIC wants an inquiry into how the boy was compelled to leave Australia to fight with the violent terror group.

“It is utterly deplorable for violent extremists to use Islam as a cover for their crimes and atrocities,” the Grand Mufti of Australia Dr Ibrahim Abu Mohammad said.

The ANIC’s asked the federal government to commit further resources to identify and prevent the root causes of radicalisation of Australians.

«To the leaders, to Obama, to Tony Abbott I say this; these weapons that we have, these soldiers, we will not stop fighting, we will not put down our weapons until we reach your lands, until we take the head of every tyrant and until the black flag is flying high in every single land,» he said.

He said IS would fight until the black flag was flying over Buckingham Palace and the White House.

«Bring your planes. Bring everything you want to us. Because it will not harm us. Why? Because we have Allah.»