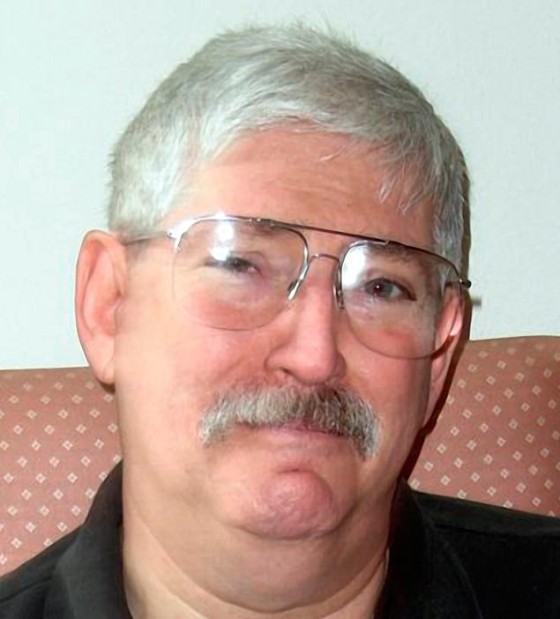 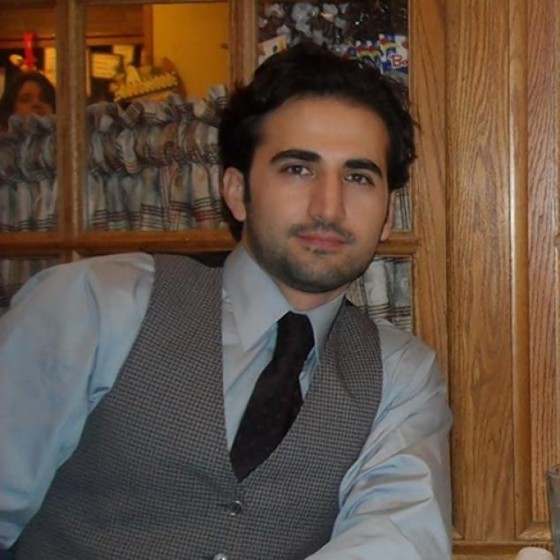 On Aug. 29, 2011, 28-year-old ex-Marine Amir Hekmati was getting ready to go to a feast to celebrate the end of Ramadan with his extended family in Tehran.

It was Amir’s first trip to Iran, motivated, his family says, by a love of travel and a desire to see his aging grandmothers. That day, two weeks into his trip, Amir called up his mother Behnaz back in Flint, Mich., to tell her how excited he was to be in Tehran. He hung up promising to call again later to tell her how it went.

But Amir never showed up at the gathering.

The next day, worried family members went to the family home where he was staying and found muddy footprints but no sign of Amir.

“They find out that his computer, cell phone and all his IDs, wallet, everything was gone,” said his mother, Behnaz.

That day would mark the beginning of more than two turbulent years for the Hekmati family. Within months of disappearing, an Iranian court would sentence Amir to death on charges of spying for the CIA.

According to a 2009 Pentagon contract, Amir worked on a similar language-training project with Kuma Games, a New York-based company that develops reality-based games. The document lists Amir as a point of contact on a project to develop “an effective, cost-efficient, rapidly-deployable and easily updatable language retention toolset for trainers and Soldiers deployed around the world.” Kuma Games did not respond to requests for comment about Amir’s role with the company.

Analysts say Amir’s work with DARPA and Kuma may have aroused Iranian suspicions. In one game developed by Kuma, titled “Assault on Iran,” the player’s mission is to infiltrate a nuclear facility in Iran.

But intelligence experts say that Amir’s language skills and Marine background make him a strong candidate for government work, but an unlikely spy.

In addition to his language-consulting work, Amir also earned a degree in international business from the University of Phoenix.

After three years in Michigan, he left for a new opportunity in Wilmington, N.C., where Leila said he was training new Marine recruits on increasing their knowledge of language and culture.

That information is then used by the military and other government agencies to better understand the social dynamics, political issues and other cultural factors about a given population on the ground. King added that HTS does not use its resources to aid the search or capture of terrorists or other “nefarious” individuals.

Gregory Mueller, a spokesman for the U.S. Army Training and Doctrine Command, told America Tonight that Amir graduated from HTS training in August 2010, and began serving as a civilian cultural adviser to the military in Iraq a few months later.

Someone with specialized language skills on a human terrain team, like Amir did, would most certainly be out in the field to a varying degree, said Joshua Foust, a former research analyst in the human terrain system’s research center program,  talking to the local population and finding out what is happening on the ground in order to relay that information back to the team lead or unit commander.

Amir resigned from the human terrain program in June 2011, according to Mueller.

But in December 2011, after months of hearing almost nothing, the family was confronted with an unexpected and devastating blow. Iranian state TV broadcast this video “confession” from Amir.

In the choppily-edited package, interspersed with scenes from Hollywood spy thrillers, photos taken off of Amir’s laptop and his own words, a gaunt Amir tells the camera that he was recruited into the CIA and sent to Iran on a mission to infiltrate Iranian intelligence as a double agent.

“My name is Amir Mirza Hekmati,” he said in English. Later, he continued in Persian: “They told me to learn some information on the websites and internal information systems of the CIA, NSA, DIA and NGA that might allure Iranians. I memorized them and wrote that information down on my laptop.”

In voiceover narration and statements from Amir, the video claimed that after his military service ended in 2005, Amir had been recruited into a web of companies that ultimately brought him to his CIA mission in Iran, including the Defense Advanced Research Projects Agency (DARPA), contractor BAE Systems and the gaming company Kuma Games.

“I barely recognized him,” Leila said of the video. “He looked like he lost 50 to 60 pounds, easily. And it seemed very forced and scripted. He was using words that I knew he didn’t know,” she added.

They are not the only ones who think so.

“The Iranian regime has a history of falsely accusing people of being spies, of eliciting forced confessions, and of holding innocent Americans for political reasons,» State Department spokesperson Victoria Nuland told the press about the video.

But within a month of its broadcast, Amir was sentenced to death in a January 2012 closed-door trial that lasted only three hours. 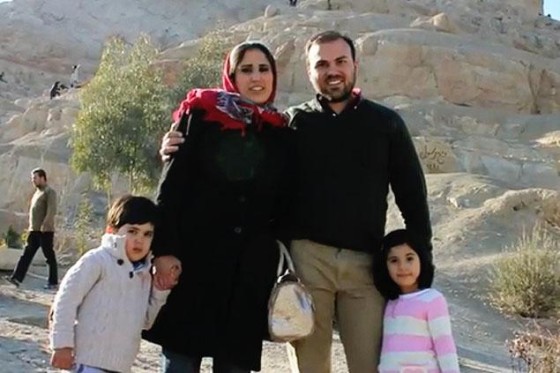 In July 2012, Abedini made his ninth trip to Iran since 2009 to visit his family and continue his work to build an orphanage in the city of Rasht. While in the country, theIslamic Revolutionary Guard Corps confiscated his passports and placed him under house arrest. He was later transferred to Evin Prison, where he has been incarcerated since late September.[4]

In mid-January 2013, it was reported that Abedini would go on trial on January 21, and could face the death penalty.[2][10] He was charged with compromising national security, though the specific allegations were not made public. His supporters said his arrest was due to his conversion and efforts to spread Christianity in Iran.[5] On January 21, 2013, Iranian state media reported that Abedini would be released after posting a $116,000 bond. His wife, however, stated that the government «has no intention of freeing him and that the announcement is ‘a game to silence’ international media reports.»[1]

On January 27, 2013, Judge Pir-Abassi sentenced Abedini to eight years in prison. According to Fox News, Abedini was sentenced for having «undermined the Iranian government by creating a network of Christian house churches and … attempting to sway Iranian youth away from Islam.»[6] The evidence against Abedini was based primarily on his activities in the early 2000s. Abedini was meant to serve his time in Evin Prison.[6] The U.S. State Department condemned the sentence: «We condemn Iran’s continued violation of the universal right of freedom of religion and we call on the Iranian authorities to respect Mr. Abedini’s human rights and release him.»[11]

Early November 2013, Abedini was transferred from Tehran to the Rajai Shahr prison in the townn of Karaj, which is populated with heavy criminals, and has harsher, sometimes life-threatening, conditions.[12]

In addition, Iran should affirm Israel’s right to exist as a Jewish state. The noxious rhetoric in which Israel is referred to as a «rabid dog» that is «doomed to failure and annihilation» should be utterly unacceptable to the United States. Tolerating such verbiage on the eve of the Geneva negotiations sent a dangerous signal to Iran that the Obama administration was more eager to get a deal than to stand with Israel.