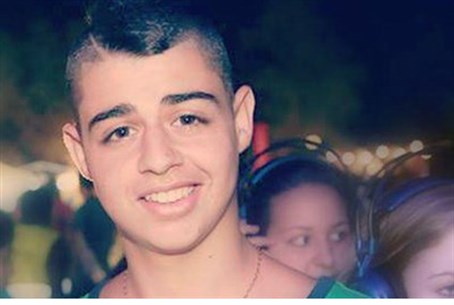 Pvt. Eden Atias became the fourth Israeli to be killed by Palestinians in the last two months when he was stabbed on Wednesday morning. Atias is the first of the victims to be killed within the Green Line. But in this attack, the assailant did not have both criminal and nationalist motives. The Palestinian attacker, three years younger than his 19-year-old victim, told the police he illegally made his way into Israel to look for work. If he couldn’t find work he would kill a Jew.

According to the police, the teen said he sought revenge for the imprisonment of two relatives in Israel and was angry that his family wasn’t allowed to visit them. This behavior is similar to the recent attacks – the killing of Sgt. Tomer Hazan, the killing of Col. (res.) Seraiah Ofer in the Jordan Valley, the attempt to run over soldiers with a bulldozer at an Israel Defense Forces base, and the death of Givati infantryman Gal Kobi. Only Kobi’s death remains unsolved.

All these incidents were local, without support from a terrorist group. They were carried out by people with no prior record, and the Shin Bet security service received no prior warnings. Like the bulldozer driver and the suspect accused of killing Hazan (an indictment is to be filed in military court on Thursday), it seems the teenager arrested Wednesday was inspired by family members involved in terrorism in the past.