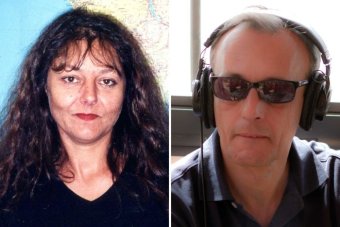 “I invite French people to understand that those who committed those odious crimes on Nov. 2, 2013, are not representative of Mali,” Tiébilé Dramé, a former Malian foreign minister, said before a sometimes tearful crowd of more than 700 people, including Laurent Fabius, the French foreign minister, and Aurélie Filippetti, the culture minister.

The two journalists were seized in Kidal, a town in the desert north, after they interviewed a leader of the Tuareg separatist movement. They were forced into a pickup truck by masked men and were later found dead a few miles outside the city.

The diplomat said that while the Malian government does not control Kidal, there are many foreign troops there, including French and Malian soldiers and United Nations peacekeeping forces, so the seizure of the journalists was audacious.

“It was an incredibly ambitious kidnapping attempt, and it went wrong,” the official said, adding that it appeared that the kidnappers became frightened of capture and then killed their hostages.

According to the Committee to Protect Journalists, a New York-based organization concerned with journalists’ freedom and safety, a total of 42 journalists have been killed around the world so far this year.

Ms. Dupont, 51, started covering Africa in the 1980s, reporting from Djibouti and then from Ethiopia and Eritrea when those countries were at war; she later spent 10 years covering the Democratic Republic of Congo. When she and Mr. Verlon, 58, a radio technician known for resourcefulness in desolate places, were kidnapped last week, they were working on a feature about the situation in Mali as elections neared.

Ms. Dupont elicited warm tributes from the Malians she covered.

“I have lost my sister,” Mr. Dramé was quoted by Le Monde, the French daily, as saying soon after learning of the killings. “She has come to die here, in my home, in Mali, in Africa where the dead don’t die. So she will stay with us, in the desert, in the Sahel, in the steppe, the savanna, the river. You will sleep in peace, in the sleep of the just.”