The most decisive action would be no fly zones. The U.S. public will not tolerate any serious U.S. ground presence. As Iraq and Afghanistan have shown, doing it that way leads to major problems rather than stable outcomes, and we might well end up alienating Sunni hardliners, as well as Alewites and a good part of the Arab public.

However, one needs to be careful about the kind of no fly zone that emerges. Simply using long-range U.S. surface-to-air missiles to shield Jordan so the United States and Jordan can train moderate rebel forces now seems likely to take too long and do too little. It may well mean rebel defeat or giving the Assad regime control over so much of Syria that little is left to the rebels except for the equivalent of armed refugee camps at Syria’s margins or borders. Such a no fly zone, like supplying too few arms of too little lethality, falls in the half-pregnant category.

So does the idea of using surface-to-air missiles to protect humanitarian zones in Turkey and Jordan. Given the unfortunate reality that the world is round, their real-world low- to medium-altitude range is too limited to cover enough of the country to create a zone large enough to solve the humanitarian problem and allow the rebels to keep their gains. Moreover, Assad’s armored forces, militia, and Hezbollah would still have a decisive value on the ground. As a worst case, they might also end up shielding Syrian refugees near the border area without offering any real hope for the future.

For a no fly zone to work, it has to be at least serious enough that Assad cannot fly fighters or helicopters without losing them and without losing his air bases if he persists. This takes fighters, AWAC-like aircraft, drones, and other intelligence, surveillance, and reconnaissance (ISR) assets. It means a clearly observable commitment without UN (and almost certainly without Russian and Chinese) support. It may well mean U.S. combat losses.

It is questionable whether a single carrier task force and cruise missiles could enforce this option safely with the level of deterrence and intimidation required, and it might well require access to Turkish and Jordanian air bases. It would also require hard decisions as to whether the United States would lead a no fly zone that covered all of Syria or just rebel gains. The former might decisively tilt the balance; the latter is more of a status quo option.

The word «lead» is critical not only because the United States needs bases, but because it needs European and Arab allies-a mix of British, French, Saudi, and UAE support. Qatari air forces would send a far more powerful signal, somewhat defuse a Russian or Chinese focus on the United States, and provide far more international legitimacy. In fact, taking a week to 10 days, and the time before the G8 meeting, to accomplish this offers a far higher probability of success that negotiating a meaningful deal with the Russians.

It also could lay the groundwork for the most decisive option: making a no fly zone a de facto «no move zone.» This is the quickest and most effective way to allow the rebels to defeat Assad if they can. It is the most costly, involves the most forces, and carries the highest risk of serious air combat and escalated Iranian and Hezbollah intervention (although these seem certain to occur in any case). However, it also means that Assad cannot use armor, move artillery, or even use civilian vehicles. As Libya showed all too clearly, it cripples the key advantage Assad’s forces now have. Given the timing involved, it might be best to begin with the more limited no fly zone discussed earlier and escalate-again, as happened in Libya. Escalating half way does not alter the suffering, and it gives Assad, Iran, Hezbollah, and all of the United States’ critics more time to react and find military countermeasures. 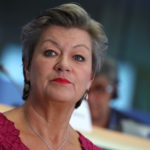