Palestinian activist Mahmoud abu Rahma was released from the hospital Wednesday after he was stabbed and critically wounded last week.

Rahma is the director of international relations at the Gaza Strip-based Al Mezan Center for Human Rights, and is known for speaking out against Palestinian militants and leaders, The Los Angeles Times reported.

His masked attackers approached him on Friday night as he left his brother’s home in Gaza, and stabbed him in the back, leg and shoulder. They remain unknown.

According to Al Mezan, Rahma was also attacked on Jan. 3 outside his own home, but he was not injured, The Jerusalem Post reported.

«Abu Rahma has received many threats on his mobile and email, including messages threatening his safety and life,» Al Mezan Center said in a statement released Wednesday.

The attacks were most likely motivated by a recent article the activist penned for Maan News Agency, an independent Palestinian news source, titled «The Gap Between Resistance and Governance.» 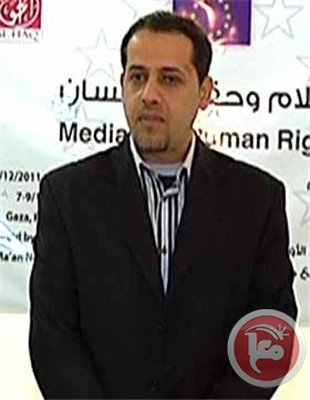 Mahmoud Abu Rahma is perhaps one of the bravest Palestinians in the Gaza Strip. Because of his courage, he has been stabbed several times in various parts of his body.

This is what happens under Hamas and the Fatah-dominated Palestinian Authority governments to anyone who dares to speak out against torture and assaults on innocent civilians and freedom of speech.

Abu Rahma’s «crime» is that he dared to publish an article strongly criticizing Palestinian armed groups as well as the Hamas and Palestinian Authority governments for human rights violations and the use of civilians as human shields in the war against Israel.

In the Palestinian territories, human rights activists and journalists are permitted to criticize only Israel. Those who do not toe the official line find themselves either behind bars or in the hospital. The attack on Abu Rahma was intended to deter others from endorsing his critical approach.

As his story his reporting lack an «anti-Israel angle» –the editors of the foreign press tell their reporters that this is the only thing in which they are interested — his fight against lawlessness, and the consequences of it, have failed to make it to the pages of major international media outlets.

Abu Rahma works for the Al Mezan Center for Human Rights in the Gaza Strip. He is perhaps the only human rights activist who has dared to come out in public against grave violations of human rights under Hamas and the Palestinian Authority. But the price he has paid has been tremendously high.

On January 3, he was severely beaten by masked men as he was walking toward his home in Gaza City. Last week, he was again targeted by unknown assailants, who stabbed him multiple times, leaving him seriously wounded. He is so afraid that he has refused to go to a local hospital out of concern for his safety.

Abu Rahma’s troubles began almost immediately after he published an article entitled, «The Gap between Resistance and Governance.»

He wrote, «Every day we see detention and summoning of citizens by the dozens, not for unlawful acts they committed, but mostly for who they are and what they think, or for their mere political affiliation.»

Noting that there are «hundreds of cases of torture and abuse» in Palestinian detention centers, Abu Rahma said that the people of any nation have a responsibility to criticize those who lead them. «We must look in the mirror before we can see ourselves clearly,» he said.

Yet what most likely enraged his assailants was the charge that many innocent civilians have been killed as a result of «resistance attacks» against Israel.

«Who will protect the people from the wrongful acts of the resistance and the government?» he asked in a reference to the firing of homemade rockets at Israel. «It is clear that the resistance continues to show the same carelessness towards violations committed by the [Hamas] government against the people. «Numerous civilians – including children and a man who lost an eye – have been injured by live fire coming from training sites belonging to armed groups in the Gaza Strip.»

The failure of the international community and media to pay attention to the plight of people like Abu Rahma only encourages Hamas and the Palestinian Authority to continue their violations. Turning a blind eye to such violations also stops other Palestinians from telling the truth.