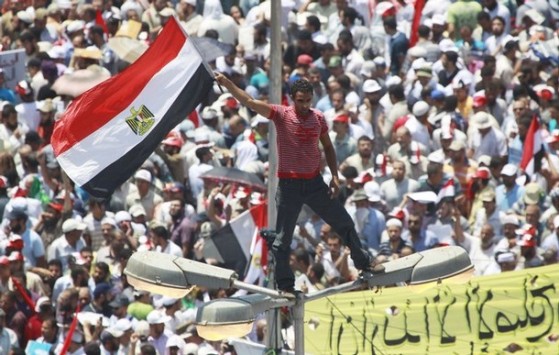 Who Are the «Heroes» of the Arab World?

Ahmed al-Shahat, a 23-year-old man, has become the hero of the Egyptian and Arab masses.

It is not that hard to become a hero in the Arab world. It is enough to say something bad about the Jewish state or carry out an anti-Israel attack to turn one into a hero.

The Arab «Spring» has brought anything but moderation to the Arab countries. This is true at least in the two countries that have witnessed regime change in the past few months: Tunisia and Egypt.

In Tunisia, those who brought down the regime are now seeking to introduce new laws that ban normalization with Israel and oblige any new government to place the Palestinian issue at the top of its priorities.

In Egypt, the revolutionaries are still not satisfied with the downfall of Hosni Mubarak’s regime. First, they wanted Egypt to stop selling natural gas to Israel. Now they are demanding that the ruling military council close down the Israeli embassy and expel the Israeli ambassador.

Similar anti-Israel sentiments have also spread to Jordan, the only other Arab country that has a peace treaty with Israel. Weekly anti-government demonstrations in the kingdom have also been calling for cutting off relations with Israel.

Those Westerners who think that the Arab «Spring» does not have a foreign policy agenda are now beginning to realize that they have been wrong in their assessment.

Since the event took place in the Egyptian capital a few days ago, the young man has been hailed as the Arab world’s heroic Spiderman. Some Egyptian newspapers have described him as «Flagman» and have dedicated many news stories to describe his bravery.

The flag incident in Cairo serves as a reminder that Egypt in particular, and the Arab world in general, are not headed toward moderation, especially in regard to recognizing Israel’s right to exist.

Gamal Abdel Nasser of Egypt became a hero when he vowed destroy Israel. Iraq’s Saddam Hussein and Hizbullah’s Hassan Nasrallah became heroes when they fired thousands of rockets at Israel

The new leaders of the Arab world will not be able to ignore the fact that in their countries there is still a majority of people that have not come to terms with Israel’s right to exist in the Middle East.
For decades, the pro-Western dictators of the Arab world had misled the West about the Arab masses’ readiness to make peace with Israel.