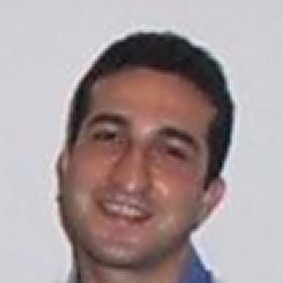 Iran’s Supreme Court says Iranian Pastor Yousef Nadarkhani can be executedif he does not recant his faith in Christ, according to a written verdict released by rights activists Wednesday, July 13.

The Supreme Court also asked a lower court in the pastor’s home town of Rasht, which issued the original death sentence, «to re-examine some procedural flaws in the case» but has «given local judges a free hand to decide whether to release, execute or retry Mr Nadarkhani in October,» said advocacy group Christian Solidarity Worldwide (CSW), which obtained the verdict.

His release or retrial is not expected however as the lower court already ruled that Pastor Nadarkhani must be executed by hanging. The 11th Chamber of the Assize Court of the province of Gilan said he had proved «apostasy» by «organizing evangelistic meetings and inviting others to Christianity, establishing a house church, baptizing people, expressing his faith to others and, denying Islamic values,» BosNewsLife reported earlier.

The Supreme Court’s verdict reflected that opinion, but also said the execution can be annulled should Nadarkhani recant his faith.
Pastor Nadarkhani of the Church of Iran, a major house church network, was detained in Rasht on October 13, 2009, while trying to register his church. Iranian Christians have linked his arrest to his questioning of the Muslim monopoly on the religious instruction of children in Iran.

The 33-year old pastor was initially charged with protesting, buy charges against him were later changed to «apostasy», or abandoning Islam, and evangelizing Muslims.

«Since the original verdict was based on fatwas by Ayatollahs Khomeini, the “father” of Iran’s revolution in 1979, Khamenei, the Supreme Leader of Iran, and Makarem Shirazi, currently the most influential religious leader in Iran, the Supreme Court may have been reluctant to overturn the verdict for fear of inviting controversy, despite the fact that there is no death sentence for apostasy in the Iranian penal code,» CSW commented.

His lawyer, Mohammed Ali Dadkhah, a prominent Iranian human rights defender is also facing legal difficulties. On Sunday July 3 a court in Tehran sentenced him to nine years in jail and a 10-year ban on practicing law or teaching at university for «actions and propaganda against the Islamic regime». He is currently appealing the sentence.

The Supreme Court’s written verdict came as additional setback for Dadkhah, who earlier said he was informed by phone that that the death sentence had been annulled.