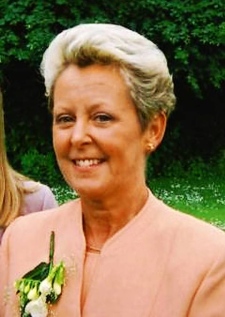 She died horrifically yesterday when a man attacked her in the Valdes shopping centre on Avenida Juan Carlos in Los Cristianos.

Witnesses spoke of their horror and disbelief after she was stabbed and decapitated in a supermarket.

The suspect was alleged to have carried Ms Mills-Westley’s head outside and was reportedly saying “God is on earth’’.

The suspect, who was arrested. was named in reports as Deyan Valentinov D – with Spanish police only providing the first initial of his surname.

He is believed to be 28 and a homeless Bulgarian with a police record.

Police are investigating the man’s movements leading up to the killing and studying CCTV and witness statements to establish precisely what happened.

Colin Kirby, who was in the supermarket at the time, said: “There were people shouting.

“There was a Hispanic-looking guy walking behind me, looking very scruffy, muttering to himself, carrying what I thought was a joke head by the hair.

“The blood – it just made me think Clash Of The Titans.”

He added: “The security guards came out, they chased him across the road. By this time he’s empty-handed.

“They got him on the other side of the road, just by the cultural centre. A couple of people tried to get him, they flattened him, got him on the ground.’’