In 2000, when Israel withdrew its troops from the buffer zones in southern Lebanon, Nasrallah appeared on most Arab TV screens chanting that “the mission had not been accomplished yet as Jerusalem and Al-Aksa mosque were still under Zionist occupation.”

This turned him into the poster child for pan-Arab nationalism, Islamism, and even Leftist forces in the Arab world. It created a dramatic shift in Arab public opinion, reviving the so-called “moral of resistance” against Israel that evolved into an entire change of heart by most Arabs, who are predominantly Sunni, towards the Shi’ite sect and principles. Several Arab countries reported cases of denomination conversion to the Shi’ite faith, alarming major Sunni countries like Saudi Arabia and Egypt.

WHILE MANY, including some Israelis, seem to believe that Nasrallah loves the Palestinians, and would fight for their cause, the facts on the ground reflect a totally different reality. Hizbullah represents the Shi’ites in Lebanon, who describe themselves as an extension of the global Shi’ite body, with strong emotional and ideological ties to Iran. The Shi’ites in Lebanon have always felt threatened by the Palestinians, who are strictly Sunnis, and whose presence in Lebanon is viewed as adding demographic heavy weight to Lebanese Sunnis. While Lebanese Shi’ite figures never mention this fact, they have been vigorously working against it in practice; they even took up arms against the Palestinians during the Lebanese civil war. In fact, Lebanese Shi’ite were responsible for some of the most notorious atrocities against the Palestinians, with welldocumented massacres and the siege of the Palestinian refugee camps. Ironically, when they ended these in 1987, Shi’ite leader Nabih Berri told the press that this was “a gift for the Intifada.”

Hundreds of the war criminals that were involved in those massacres are now affiliated with Hizbullah, some in senior positions.

The group has been ruthless in its efforts to marginalize and control the Sunni Palestinian population in Lebanon; its leaders insisted on confining 400,000 Palestinians to the refugee camps as a condition for ending the civil war in 1989.

Before his latest press conference, Nasrallah was promoting that his faction would “punish” Israel if it obstructed a Lebanese aid flotilla headed for Gaza. This comes as one of an endless series of media stunts in which Nasrallah portrays himself and Hizbullah as the defenders of the Palestinian cause.

While Nasrallah claims he wants to see food items and medications delivered to Gaza, Palestinians in Lebanon are literally locked up inside their camps every evening. Banned from working legally, Palestinians in Lebanon have to depend on international aid and donations, which Lebanon monitors and restricts. This has resulted in intolerable living conditions. The post- Syrian Lebanese governments exhibited a tendency to improve the living conditions for the Palestinians on its soil; nonetheless, Hizbullah has been most fierce in fighting that trend. Waving the flag of the Palestinian cause, and staunchly supporting the “right of return to Palestine,” Hizbullah has been obstructing every attempt to improve the livelihood of Palestinians in Lebanon.

Furthermore, it has been igniting and financing unrest between Palestinian factions, as Hamas is not shy in showcasing its alliance with both Hizbullah and Iran.

Today, while Nasrallah and Hizbullah are considered iconic symbols of the fight against Israel and the defenders of the Palestinian cause, Palestinians in Lebanon are dying young, uneducated and poor, all in the name of preventing them from being naturalized in Lebanon in order to “keep their love for Palestine.”

The writer, a Jordanian of Palestinian heritage, is a researcher at the University of Bedfordshire. 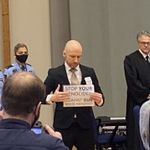