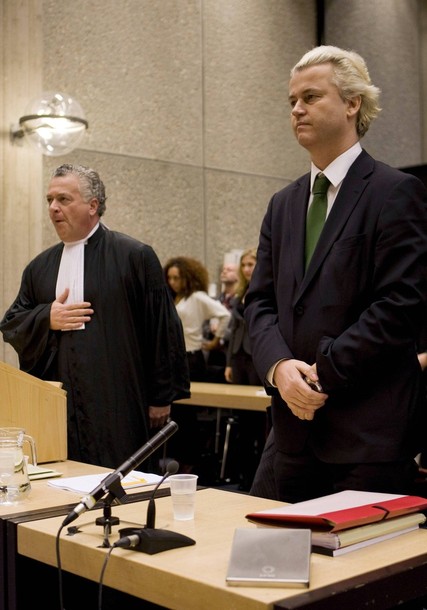 …The panel of three judges said it was unnecessary, but did instruct the prosecutor to read out Mr Wilders’ statements on which the case is based.

After the statements had been read, the senior judge had the following exchange with the defendant (translated):

Judge: «Mr Wilders, I can see that you are listening very intently, but what are you feeling right now? I cannot sense any emotion in you whatsoever.»

Wilders: «Indeed, I have been listening intently, but some things were missing. Particularly the quotes from Fitna [his anti-Islam video, ed.], I was trying to reconstruct it, to see if they were right. Some were, some weren’t.»…»