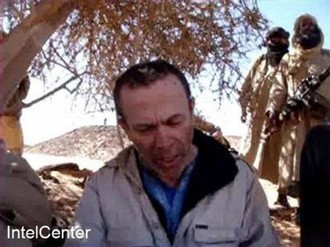 AQIM «killed Dyer on May 31, finding that Britain is unresponsive and does not seem to care for its citizens», the US-based monitoring SITE group quoted an online statement as saying.

«The British captive was killed so that he, and with him the British state, may taste a tiny portion of what innocent Muslims taste every day at the hands of the Crusader and Jewish coalition to the east and to the west,» the statement said.

Al-Qaeda had on May 21 extended a deadline on its threat to kill Mr Dyer, giving the British government more time to respond to its demand to release Muslim cleric Abu Qatada, once regarded as Osama bin Laden’s right-hand man in Europe.

Qatada has been held in Britain since 2005. He denies belonging to the group.

Britain’s highest court ruled in February he could be deported to Jordan despite fears he may be tortured there.

Mr Dyer is believed to be one of a group of four European tourists who were kidnapped on January 22 on the border between Mali and Niger after attending a Tuareg cultural festival at Anderamboukane in eastern Mali, near Timbuktu.

The others were two Swiss tourists and a German woman.

Mr Dyer’s ordeal started with a so-called «show execution» in which kidnappers fired a gun just an inch away from the head of a member of his party during the attack on his convoy.

Mr Dyer, who spoke fluent German and was working in Austria, was stopped near the border with Niger by armed Tuareg rebels, who shot out the tyres of the first vehicle in his convoy.

The driver of the second car, which was hit by three bullets, turned it around and escaped across the bush.