A former top Iraqi corruption investigator told a House committee today that corruption is «rampant» in the Iraqi government — costing the country’s treasury as much as $18 billion during the past three years — and is growing steadily worse amid violence and intimidation directed at officials charged with combating it.

Radhi Hamza al-Radhi, an Iraqi judge who headed the Commission on Public Integrity set up by U.S. authorities in 2004, testified before the House Committee on Oversight and Government Reform that 31 commission employees and at least 12 of their family members have been assassinated in an effort to stop corruption investigations.

«In a number of cases, my staff and their relatives have been kidnapped or detained and tortured prior to being killed,» Radhi said. Among those slain, he said, have been a staff member who was gunned down with his wife, who was seven months pregnant, and his security chief’s father, whose body was found hanging from a meat hook.

Radhi charged that corruption reaches high into the government of Prime Minister Nouri al-Maliki, who he said has shut down investigations into the diversion of billions of dollars. He said he could not say whether Maliki is personally involved in the malfeasance, but he charged that the prime minister «has protected some of his relatives who were involved in corruption,» including a former minister of transportation.

Radhi said escalating threats against him and his family have forced him to seek asylum in the United States. 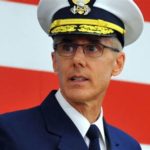