Both of the cities, Falluja and Ramadi, and much of Anbar Province, are now controlled by fundamentalist militias, with American troops confined 2_kommentarly to heavily protected forts on the desert’s edge. What little influence the Americans have is asserted through wary forays in armored vehicles, and by laser-guided bombs that obliterate enemy safe houses identified by scouts who penetrate militant ranks.

In the last three weeks, three former Hussein loyalists appointed to important posts in Falluja and Ramadi have been eliminated by the militants and their Baathist allies. The chief of a battalion of the American-trained Iraqi National Guard in Falluja was beheaded by the militants, prompting the disintegration of guard forces in the city. The Anbar governor was forced to resign after his three sons were kidnapped. The third official, the provincial police chief in Ramadi, was lured to his arrest by American marines after three assassination attempts led him to secretly defect to the rebel cause.

The national guard commander and the governor were both forced into humiliating confessions, denouncing themselves as «traitors» on videotapes that sell in the Falluja marketplace for 50 cents. The tapes show masked men ending the guard commander’s halting monologue, toppling him to the ground, and sawing off his head, to the accompaniment of recorded Koranic chants ordaining death for those who «make war upon Allah.» The governor is shown with a photograph of himself with an American officer, sobbing as he repents working with the «infidel Americans,» then being rewarded with a weeping reunion with his sons.

In another taped sequence available in the Falluja market, a mustached man identifying himself as an Egyptian is shown kneeling in a flowered shirt, confessing that he «worked as a spy for the Americans,» planting electronic «chips» used for setting targets in American bombing raids. The man says he was paid $150 for each chip laid, then he, too, is tackled to the ground by masked guards while a third masked man, a burly figure who proclaims himself a dispenser of Islamic justice, pulls a 12-inch knife from a scabbard on his chest, grabs the Egyptian by the scalp, and severs his head.

The militants’ principal power center is a mosque in Falluja led by an Iraqi cleric, Abdullah al-Janabi, who has instituted a Taliban-like rule in the city, rounding up people suspected of theft and rape and sentencing them to publicly administered lashes, and, in some cases, beheading. But Mr. Janabi appears to have been working in alliance with an Islamic militant group, Unity and Holy War, that American intelligence has identified as the vehicle of Abu Musaab al-Zarqawi, the Jordanian-born terrorist with links to Al Qaeda whom the Americans have blamed for many of the suicide bombings in Baghdad, which is just 35 miles from Falluja, and in other Iraqi cities.

Perhaps the harshest blow to the American position in Falluja came with the Aug. 13 execution of the national guard commander, Suleiman Mar’awi, a former officer in Mr. Hussein’s army with family roots in Falluja. In the tape of his killing, he is seen in his camouflaged national guard uniform, with an Iraqi flag at his shoulder, confessing to his leadership of a plot to stage an uprising in the city on Aug. 20 that was to have been coordinated with an American offensive. For that purpose, he says, he recruited defectors among the militants’ ranks and met frequently with Marine commanders outside the city to settle details of the attack.

Among militants in Falluja, there has been one point of agreement with the Americans – that many of the bombing raids have hit militant safe houses, and with pinpoint accuracy. A clue as to how this has been possible is given in the tapes of the beheadings of Mr. Mar’awi, the national guard commander, and of the Egyptian, a man in his mid-30’s who identifies himself on the tape as Mohammed Fawazi. Both men confess to having planted electronic homing «chips» for the Americans. As they speak, the tapes show a man wearing a red-checkered kaffiyeh headdress holding a rectangular device, colored green and encased in clear plastic, about the size of a matchbox.

Shifting back to Mr. Fawazi, it shows him with his hands tied behind his back, looking downcast at the ground, then nervously toward the camera, as the heavyset man towering over him quotes passages from the Koran ordaining death. «He who will abide by the Koran will prosper, he who offends against it will get the sword», he says, his right forefinger pumping in the air, pointing first to heaven, then down to Mr. Fawazi.

«The only reward for those who make war on Allah and on Muhammad, his messenger, and plunge into corruption, will be to be killed or crucified, or have their hands and feet severed on alternate sides, or be expelled from the land,» the man says. With that, the two gunmen flanking the executioner shout «Allahu akbar!» God is Great, drop their Kalashnikovs and tumble Mr. Fawazi face down on the ground. The killer pulls his knife from behind a magazine belt on his chest, grabs Mr. Fawazi by the hair, severs his head, holds it up briefly to the camera, then places it between his rope-tied hands on his back.

Tvunget til å skifte side

On Aug. 21, the Marine headquarters issued a brief news release. The police chief of Anbar, Ja’adan Mohammed Alwan, had been arrested that day in Ramadi on suspicion of «corruption and involvement in criminal activities to include accepting bribes, extortion, embezzling funds, as well as possible connections with kidnapping and murder.» A Marine spokesman, Lt. Eric Knapp, declined to offer more details of Mr. Alwan’s charges, beyond saying, «everyone knew he was corrupt.»

In the Hussein years, Mr. Alwan was a senior police officer but also a high-ranking Baathist, people who knew him at the time say. But unlike many Iraqis who prospered under Mr. Hussein, these Ramadi residents said, he had never been known as a thug. When the Americans arrived, leaders of a local clan that had secretly cooperated with the invaders vouched for him. But soon, the Ramadi residents said, » People started to hate him because he was too cooperative with the Americans.» Repeated death threats followed, and the three assassination attempts. The third, in May, especially shook him, acquaintances said, because he survived a rocket attack on his car, but his eldest son lost a leg.

In the case of the provincial governor, Abdulkarim Berjes, Mr. Zarqawi’s group, Unity and Holy War, appears to have decided that it could achieve its ends, nullifying American efforts to build governing institutions in the province, by humiliating him – a punishment many Iraqi men regard as worse than death. They then passed the videotape to the Arab satellite news channel Al Jazeera, the most-watched channel in Iraq. «He cried like a woman,» one of the Iraqis who watched the tape said, after viewing the governor’s reunion with his kidnapped sons in a militant safe house, 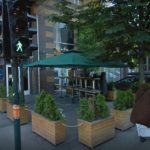