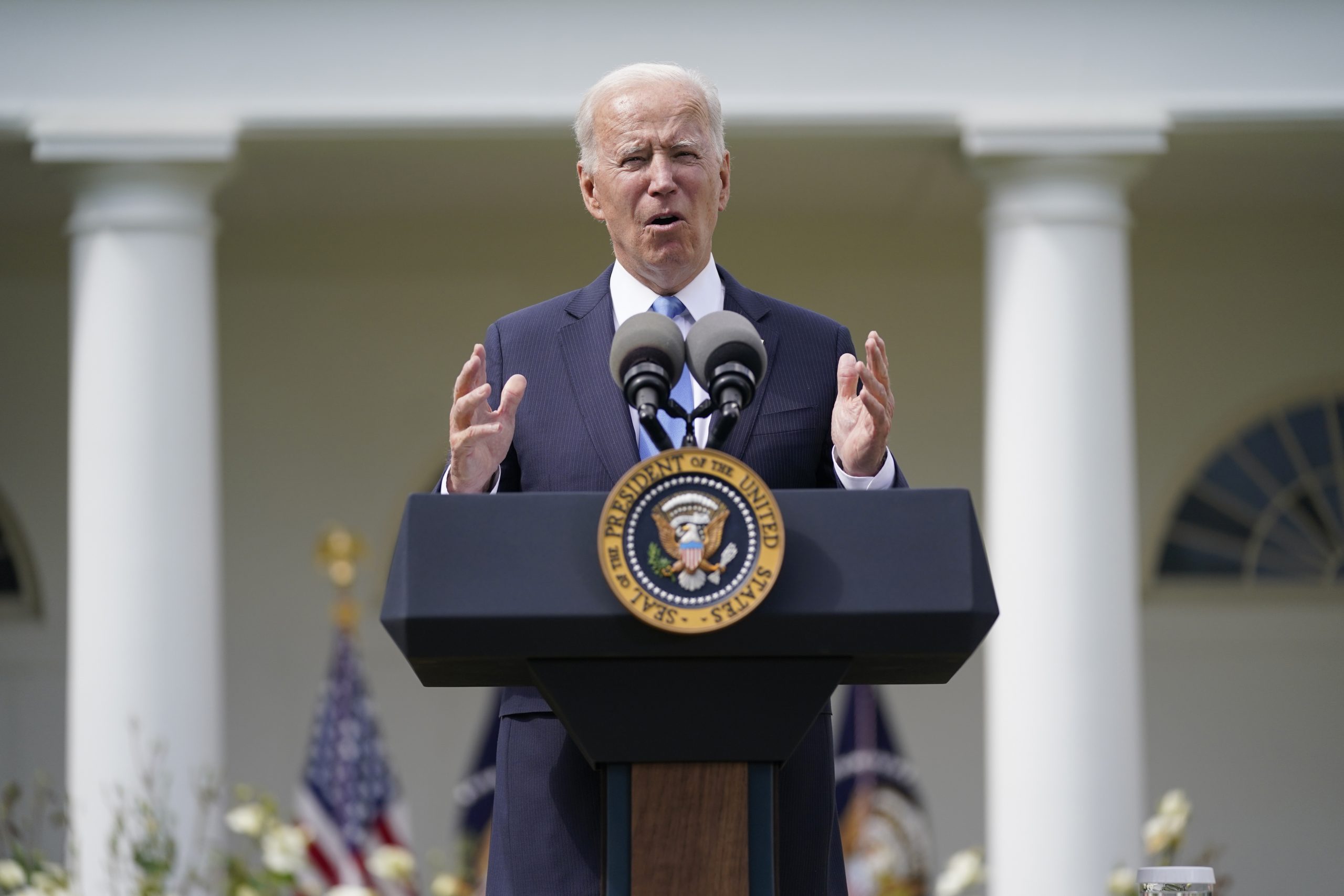 President Joe Biden speaks in the Rose Garden of the White House, Thursday, May 13, 2021, in Washington. (AP Photo/Evan Vucci).

Full responsibility for the latest upsurge in Arab-Israeli violence goes to US President Joe Biden as a result of the policies of appeasement and capitulation he has pursued in the Middle East.

When Mr Biden took office in January, the Middle East was enjoying one of its rare moments of optimism, mainly due to the successful approach adopted by his predecessor, President Donald J. Trump.

The Trump administration achieved a number of undisputed policy successes in the region, which included persuading several Arab and Muslim countries — the United Arab Emirates, Bahrain, Sudan, Kosovo and Morocco — to sign the Abraham Accords with Israel, thereby bringing decades of hostility to an end. In addition the Islamist supporters of ISIS were completely routed as a result of the US-led military coalition’s destruction of their so-called Caliphate, while Iran’s ability to undermine political stability in the Middle East had been severely curbed by the Trump administration’s punitive sanctions against the regime. Even Mr Trump’s harshest critics had to concede that, when it came to the Middle East, the Trump era had been a success.

Rather than building on the promising legacy he inherited from his predecessor, however, Mr Biden has instead sought to distance himself from the achievements of the Trump administration.

Prior to the latest eruption of hostilities between Israel and Palestinian militants, Mr Biden’s only notable intervention in the Israeli-Palestinian issue had been to restore hundreds of millions of dollars in American aid to the Palestinians, thereby reversing the Trump administration’s decision to cut aid to the Palestinian Authority over its refusal to maintain a dialogue with Washington.

Mr Biden’s primary preoccupation in the Middle East has instead been to revive the flawed nuclear deal with Iran, a move which has resulted in the resumption of talks with Iranian officials in Vienna.

The renewed diplomatic negotiations over Iran’s nuclear programme have taken place despite the fact the Iranian regime remains in violation of the terms of the nuclear deal agreed by President Barack Obama.

In particular Iran has continued to enrich uranium to a level well beyond that agreed in the nuclear deal to the level just below the threshold required for producing weapons-grade material, prompting fears that Tehran has resumed work on its clandestine nuclear weapons programme.

There are also mounting concerns that the Biden administration’s decision to ease financial constraints on both the Palestinians and Tehran has enabled Iran to increase its military support for Hamas militants in Gaza.

Security sources, who asked not to be named, believe that Iran has been providing Hamas with military assistance for at least five years. The cooperation includes training in weapons production and operation, with Hamas militants travelling to Iran frequently to undertake specialist training, as well as visiting Iranian missile production facilities.

Iran’s relations with Hamas are overseen by the elite Quds Force of the Islamic Revolutionary Guard Corps, who share knowledge on Iranian missile production with their Hamas counterparts. Israeli military officials believe the close cooperation between Iran and Hamas has helped the Palestinian terrorist organisation to increase the range and effectiveness of the missiles and rockets that have been fired at Israeli towns and cities in recent days.

In such circumstances it is hardly surprising, therefore, that critics of Mr Biden’s approach have led to accusations that he is appeasing Tehran in his desperation to revive the nuclear agreement.

Now, with Palestinian militants once more targeting Israeli civilian areas with rockets and missiles, the folly of Mr Biden’s ill-advised approach to the Middle East has been exposed.

Many of the hundreds of missiles being fired at targets in Israel are based on the design of Iranian missiles. Indeed, the extent of Iran’s military support for Palestinian militants was revealed by an official with the Palestinian Islamic Jihad terrorist organisation who boasted last week: «The rockets we use to pound Tel Aviv, our weapons, and our food are provided by Iran.»

Consequently, at the same time as the Biden administration has been trying to revive negotiations with Iran over its nuclear programme, it now transpires that Tehran has been actively supporting Palestinian terror groups as they prepared to launch their devastating assault on Israel.

The resulting violence between Israel and Palestinian militants is certainly deeply embarrassing for Mr Biden who, having sought to distance himself from the Israeli-Palestinian issue, now finds himself forced to intervene to prevent further bloodshed.

Indeed, it is now claimed that, in recent months, several pro-Western Arab governments tried to warn the Biden administration over growing tensions in Jerusalem, but they received no response from Biden officials because of their reluctance to engage on the issue.

The result is that Mr Biden now finds himself desperately looking for ways to end the violence, although his response to date has been less than convincing.

Mr Biden’s comment, made following a telephone discussion with Israeli Prime Minister Benjamin Netanyahu last week, that he expected the violence to end «sooner rather than later» certainly seemed to be more an expression of wishful thinking than a realistic assessment of events unfolding on the ground in Israel and the Palestinian territories.

Certainly, if Mr Biden is really serious about ending the violence, then his time would be better spent consolidating Mr Trump’s impressive Middle East legacy than wasting his energy on trying to appease the ayatollahs in Tehran.

Con Coughlin is the Telegraph’s Defence and Foreign Affairs Editor and a Distinguished Senior Fellow at Gatestone Institute. 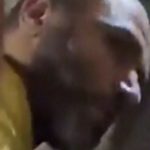 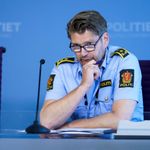 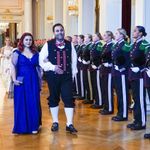 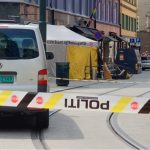 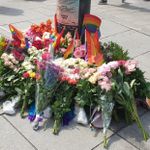 Iran: Mullahs Celebrate What They Hope Will Be the Return To Their Nuclear Bomb
10. november 2020
The Killing of a Nuclear Scientist May Save Count­less Lives
30. november 2020
The Real Purpose of the Iran Nuclear Deal
27. mai 2022
Arabs Warn West: Do Not Let Iran Fool You
5. mai 2021
Iran, Hamas og Dødsdansen
24. november 2016
On Iran, Biden Administration Ready to Undo Former Administration's Work, whether It is Good for the World or Not?
17. april 2021
Arabs: Biden Administration Harming US interests
30. mars 2022
Iran: The Mullah's Pursuit of Obtaining Nuclear Weapons
19. februar 2021
Is the US Pretending That Iran's IRGC, "Mother of All Terrorist Groups", Is Not a Terrorist Group?
29. mars 2022
Biden's New World Order
28. mars 2022