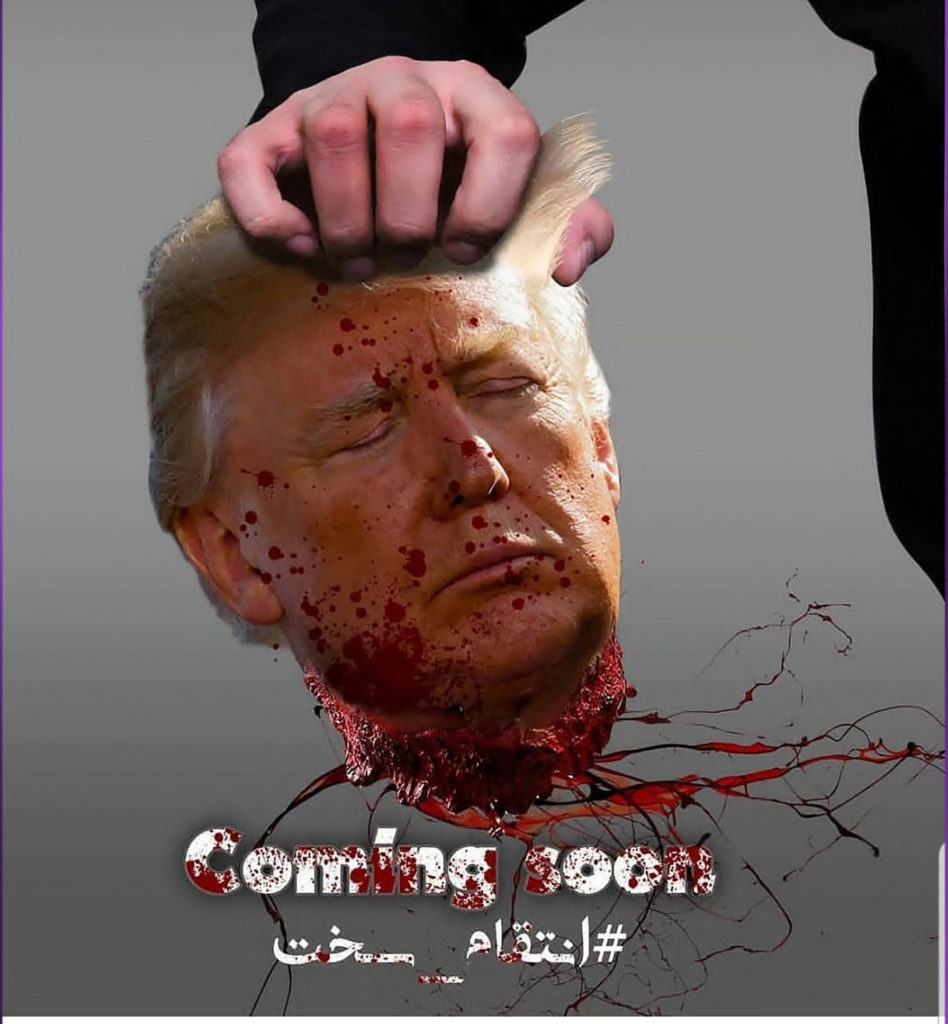 “If everyone anywhere in the world supports our initiative in Mashhad, on behalf of all of Iran’s people – 80 million Iranians – and each puts aside $1 US, it would equal $80 million,” the report said. “And we would give this $80 million, on our own behalf, as a gift to anyone who brings the head of the person who ordered the murder of the grand figure of our revolution.”

If there were any doubt about whom the mullahs wanted assassinated, the statement concluded, “Anyone who brings us the head of this yellow-haired lunatic, we would give him $80 million on behalf of the great Iranian nation.”

”Iran’s regime just announced an $80 million bounty for anyone who brings the head of [Donald Trump] for killing Soleimani,” Jazayeri tweeted. “PS: Iran’s ppl, however, are overjoyed at Soleimani’s death. As the #IranProtests have shown, they long for an end to the mullahs’ tyranny.”