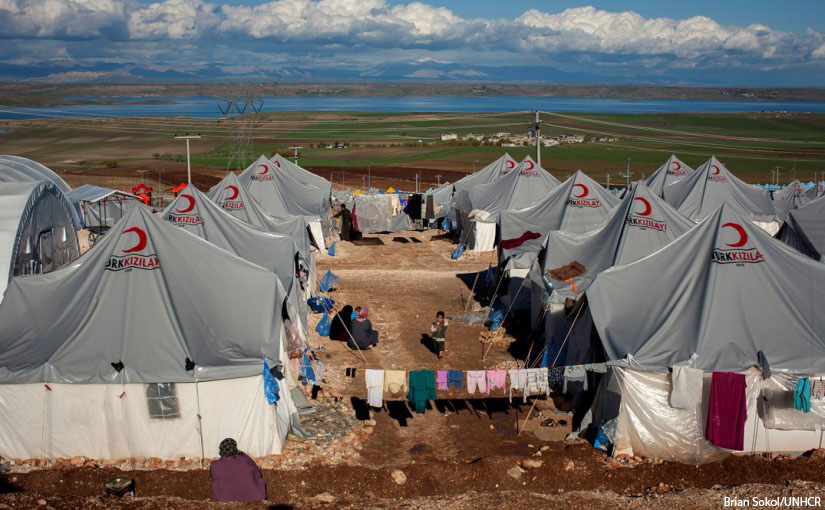 Turkey has threatened to re-open the floodgates of mass migration to Europe unless Turkish nationals are granted visa-free travel to the European Union. Turkey currently hosts an estimated 3.5 million migrants and refugees — mainly Syrians, Iraqis and Afghans. Many of these people presumably would migrate to Europe if given the opportunity to do so. Pictured: The Adiyaman refugee camp in Turkey. (Image source: UNHCR)

Turkey has threatened to re-open the floodgates of mass migration to Europe unless Turkish nationals are granted visa-free travel to the European Union. The EU agreed to visa liberalization in a March 2016 EU-Turkey migrant deal in which Ankara pledged to stem the flow of migrants to Europe.

European officials insist that while Turkey has reduced the flow of migrants, it has not yet met all of the requirements for visa liberalization. Moreover, EU foreign ministers on July 15 decided to halt high-level talks with Ankara as part of sanctions over Turkish oil and gas drilling off the coast of Cyprus.

In an interview with Turkish television channel TGRT Haber on July 22, Turkish Foreign Minister Mevlut Çavuşoğlu said that Turkey was backing out of the migrant deal because the EU had failed to honor its pledge to grant Turkish passport holders visa-free access to 26 European countries. «We have suspended the readmission agreement,» he said. «We will not wait at the EU’s door.»

A day earlier, Turkish Interior Minister Süleyman Soylu accused European countries of leaving Turkey alone to deal with the migration issue. In comments published by the state news agency Anadolu Agency, he warned: «We are facing the biggest wave of migration in history. If we open the floodgates, no European government will be able to survive for more than six months. We advise them not to try our patience.»

The migration deal, which entered into force on June 1, 2016, was hastily negotiated by European leaders desperate to gain control over a crisis in which more than one million migrants poured into Europe in 2015.

Under the agreement, the EU pledged to pay Turkey €6 billion ($6.7 billion), grant visa-free travel to Europe for Turkey’s 82 million citizens, and restart accession talks for Turkey to join the EU. In exchange, Turkey agreed to stop the flow of migrants to Europe as well as to take back all migrants and refugees who illegally reach Greece from Turkey.

Turkey currently hosts an estimated 3.5 million migrants and refugees — mainly Syrians, Iraqis and Afghans. Many of these people presumably would migrate to Europe if given the opportunity to do so.

Turkish officials have repeatedly accused the EU of failing to keep its end of the bargain, especially with respect to visa liberalization and accession to the EU.

Under the agreement, European officials promised to fast-track visa-free access for Turkish nationals to the Schengen (open-bordered) passport-free zone by June 30, 2016 and to restart Turkey’s stalled EU membership talks by the end of July 2016.

To qualify for the visa waiver, Turkey had until April 30, 2016 to meet 72 conditions. These include: bringing the security features of Turkish passports up to EU standards; sharing information on forged and fraudulent documents used to travel to the EU, and granting work permits to non-Syrian migrants in Turkey.

European officials say that although Turkey has fulfilled most of their conditions, it has failed to comply with the most important one: relaxing its stringent anti-terrorism laws, which are being used to silence critics of Turkish President Recep Tayyip Erdoğan.

Since Turkey’s failed coup on July 15, 2016, more than 95,000 Turkish citizens have been arrested and at least 160,000 civil servants, teachers, journalists, police officers and soldiers have been fired or suspended from various state-run institutions.

Responding to the purge, the European Parliament on March 13, 2019 called for EU accession negotiations with Turkey to be suspended. «While the EU accession process was at its start a strong motivation for reforms in Turkey, there has been a stark regression in the areas of the rule of law and human rights during the last few years,» according to the adopted text.

Turkey was first promised EU membership in September 1963, when it signed an «Association Agreement» aimed at establishing a customs union to pave the way for eventual accession to the EU. Turkey formally applied for EU membership in April 1987 and membership talks began in October 2005.

Turkey’s EU accession talks stalled in December 2006 after the Turkish government refused to open Turkish ports and airports to trade from Cyprus. Since then, talks have continued on and off, but the process has been stalled due to political opposition from France and Germany, among others.

Former French President Nicolas Sarkozy has said that Turkey has no place in the EU. In a February 2016 interview with the French news channel iTélé, he expressed sentiments that presumably are shared by many Europeans:

«Turkey has no place in Europe. I have always adhered to this position, it is based on common sense. This doesn’t mean that I have anything against the Turks. We need them, they are our allies in NATO. But if we begin to explain it — that Turkey is in Europe — European school students will have to be told that the European border lies in Syria. Where’s common sense?

«It’s not just that. What’s the idea behind Europe? Europe is a union of European countries. The question is very simple, even in a geographical sense, is Turkey a European country? Turkey has only one shore of the Bosporus in Europe. Can Turkey be regarded a European country culturally, historically, and economically speaking? If we say that, we want the European Union’s death.»

On May 9, 2019, Erdoğan said that Turkey was committed to joining the EU. A statement released by the Turkish Foreign Ministry noted:

«Turkey remains committed to its objective of EU membership and continues its efforts in this respect…. Our expectation from the EU is to treat Turkey on equal footing with other candidate countries and to remove political barriers on the way of negotiations which is supposed to be a technical process…

«Although our accession negotiations are politically blocked, Turkey decisively continues its efforts for alignment with the EU standards. In the meeting today, we have set out the current developments in Turkey and agreed on the steps to be taken in the forthcoming period.

«The finalization of the Visa Liberalization Dialogue process which will allow our citizens to travel to the Schengen area without a visa, is our first priority.»

Even if Turkey complies with all of the EU’s demands, it seems unlikely that Turkish nationals will be granted visa-free travel anytime soon. On July 15, EU foreign ministers formally linked progress on Turkish-EU relations to Cyprus. A measure adopted by the European Council on July 15 states:

«The Council deplores that, despite the European Union’s repeated calls to cease its illegal activities in the Eastern Mediterranean, Turkey continued its drilling operations west of Cyprus and launched a second drilling operation northeast of Cyprus within Cypriot territorial waters. The Council reiterates the serious immediate negative impact that such illegal actions have across the range of EU-Turkey relations. The Council calls again on Turkey to refrain from such actions, act in a spirit of good neighborliness and respect the sovereignty and sovereign rights of Cyprus in accordance with international law….

«In light of Turkey’s continued and new illegal drilling activities, the Council decides to suspend … further meetings of the EU-Turkey high-level dialogues for the time being. The Council endorses the Commission’s proposal to reduce the pre-accession assistance to Turkey for 2020.»

European officials may be justified in taking a hardline stance against Turkey, but Ankara is well positioned to create chaos for the European Union if it chooses to do so. Indeed, Europe appears to be trapped in a no-win situation.

If the EU approves the visa waiver, tens of millions of Turks will gain immediate and unimpeded access to Europe’s passport-free zone. Critics of visa liberalization fear that millions of Turkish nationals may end up migrating to Europe. The Austrian newsmagazine, Wochenblick, reported that 11 million Turks are living in poverty and «many of them are dreaming of moving to central Europe.»

Others believe that Erdoğan views the visa waiver as an opportunity to «export» Turkey’s «Kurdish Problem» to Germany. Markus Söder, the head of the Christian Social Union, the Bavarian sister party to German Chancellor Angela Merkel’s Christian Democratic Union, warned that millions of Kurds are poised to take advantage of the visa waiver to flee to Germany to escape persecution at the hands of Erdoğan: «We are importing an internal Turkish conflict. In the end, fewer migrants may arrive by boat, but more will arrive by airplane.»

On the other hand, if the EU rejects the visa waiver, and Turkey retaliates by reopening the migration floodgates, potentially hundreds of thousands of migrants from Africa, Asia and the Middle East could once again begin flowing into Europe. 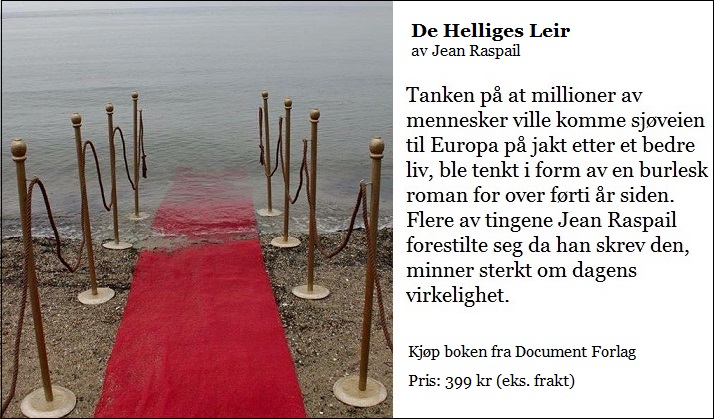