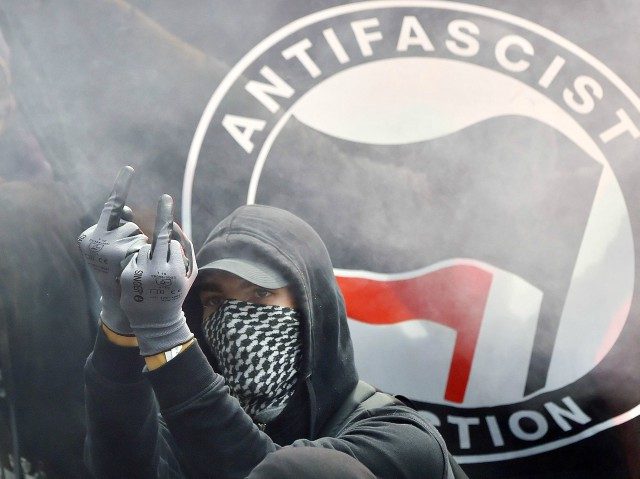 According to JA Berlin member Vadim Derksen, around “half a dozen” masked extremists attacked them only 50 yards from the theatre showing the film.

“They used improvised weapons they can’t be arrested for, but which can do serious damage. They held batteries in their fists to strike with, and one of them had a wine glass which he smashed, and used the broken stem to stab at us like a knife. I was cut in the upper arm and didn’t even notice it till I got home,” Derksen said.

Derksen also noted that none of the group was wearing any sort of clothing or symbols that would give them away as AfD members, questioning how the attackers knew who they were and where they would be that evening.

The BfV, Germany’s domestic intelligence service, used Antifa sources and information at least six times in its analysis of the youth wing of the AfD, the Junge Alternative (JA), Süddeutsche Zeitung reports.

The research presented by the BfV has led to them considering using agents to infiltrate the JA as well as potentially monitor their communications. 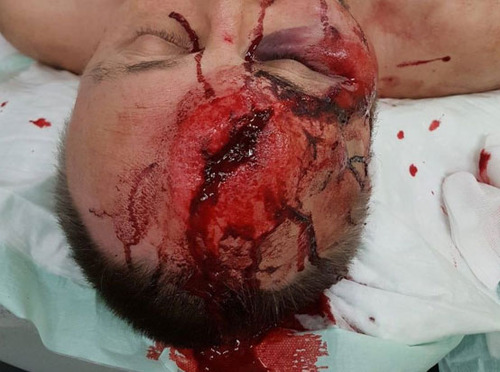 Shortly after the attack, Antifa extremists allegedly took credit for the incident on the far-left web platform Indymedia. Weeks later another post was made to Indymedia calling for the assassination of leading AfD MPs, giving detailed plans on how to accomplish successful political killings.

Alexander Gauland, co-chairman of the AfD in the Bundestag, reacted strongly to the announcement, saying: “We consider the arguments to be unsustainable and believe that a certain social climate, some political pressure, has led to this.” Gauland also noted he and the party would fight the move in court.

Gauland’s fellow co-chair Alice Weidel also commented, saying “the citizens should be scared” and adding that the intelligence agency’s powers were being abused “to combat an unpleasant political competitor.”

Intelligence-gathering” on the “far right” is often done by Antifa and groups related to far-left extremism. A Swedish military report named the Expo Foundation along with British “anti-hate” organisation HOPE not Hate, which have received cash from left-liberal billionaire George Soros, as intel sources.

Calls for the assassination of several major figures in the populist Alternative for Germany (AfD), including detailed instructions on how to do so, have been found on a web platform linked to Antifa far-left extremists.

The post was made on the infamous “Indymedia” web platform that has long been used by far-left extremists in Germany and called for the murder of several AfD MPs, including co-chairs Alexander Gauland and Alice Weidel, Tichys Einblick reports.

“Antideutsche Antifa Untergrund”, or Anti-German Antifa Underground, claim authorship of the article which was posted on January 30th, and add that assassins should work in teams of two with women of migrant backgrounds being the most preferable assassins, as the group claim they will be less likely to be scrutinized.

The authors then recommend that others distract the bodyguards of the AfD politicians while the two main assassins, “Slowly pull the weapon and fire the weapons from different positions Double tap on the head of the target.”

“Afterwards everyone takes care of his condition alone and on his own responsibility,” they add, and tell followers to destroy clothing and any vehicles used in their escape.

For weapons, the authors call on Antifa extremists to travel to countries like the Czech Republic or Austria and find “Firearms made of a polymer composite. The Glock 20 10mm is ideal.”