Of Home Truths and Shitholes 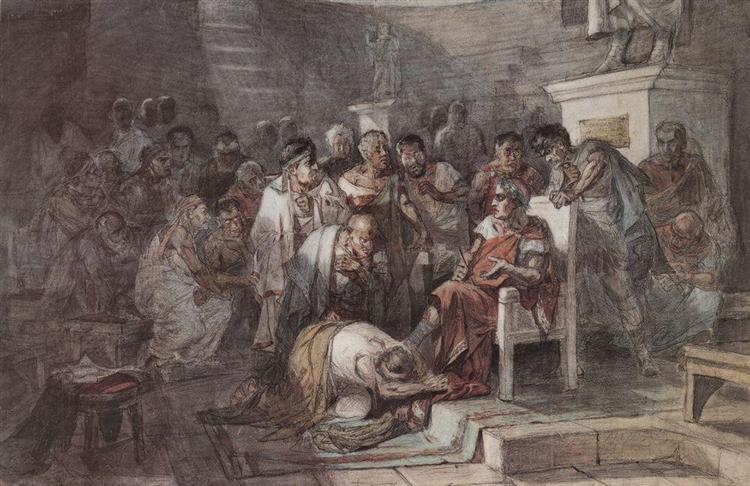 It is curious how close certain seemingly contrary emotions can be. Consider, to take just one example, the feelings of glee and outrage. At first blush, they seem very different. Glee occupies a positive register in the metabolism of human emotions. There is such thing as malicious glee, of course—the German word schadenfreude captures that perfectly. But by and large, I believe, glee is a sunny, allegro emotion.

Outrage, on the contrary, is a dour beast. It glowers. It fulminates. It glories in moral indignation, which it eagerly manufactures whenever it is in short supply.

And it is there, in the manufacture, affectation, the pretense, of moral indignation that that outrage shades in smarmy gleefulness. You can see this in operation right now, today, by the simple expedient of turning to CNN and watching commentator after commentator explode in gleeful outrage over Donald Trump’s alleged comments about the relative desirability of immigrants from countries like Norway, on the one hand, and countries like Haiti, El Salvador, and various apparently unnamed African countries on the other. (I say “alleged” not because I doubt the substance of the report, but simply because the president has disputedsome details of the reporting.)

Two questions: Were all those commentators at CNN (and the New York Times, the Washington Post, and other purveyors of sanctimony)—were they more delighted or unhappy about the president’s comment? Think carefully before answering.

Sometimes, the experience of outrage, and its accompanying moral indignation, is essentially a feeling of displeasure—at a wrong done or suffered, an injustice or cruelty observed, etc.

But sometimes, outrage is but a patina of indignation whose chief motive is incontinent delight. Which is it for the talking heads at CNN? Are they genuinely morally offended by the president’s comments? Or are they really absolutely delighted by the opportunity he has given them to say “shithole” over and over again while also running endless chyrons reminding viewers that the president referred to (if he did refer to) Haiti, El Salvador, etc., as “shithole countries” from which we should not seek immigrants?

I think it is the latter, and I believe there are two parts to the delight. One is the natural expectation of a ratings boost in the wake of all that potty-mouthed commentary. The other is the prospect, once again, of being given free rein to lay into Donald Trump and deplore how horrible, uncaring, racist, and vulgar he is. Maybe, just maybe, this exhibition of political incorrectness will turn the tide of public opinion against this most improbable president. Maybe, just maybe, it will administer the coup de grace against a man who is the walking embodiment of everything enlightened progressive opinion loathes.

Maybe. But I wouldn’t count on it.

Which brings me to my second question: Was the president right to question the desirability of accepting immigrants from places like Haiti? Let’s leave his colorful language to one side. That was just a bit of rhetorical salsa on the burrito. The coarsening of language in the public square (and the private hearth) means that virtually anyone not cloistered hears and/or utters much ruder language almost daily.

The real issue is whether we justly prefer immigrants from some places over others.

I would say that the answer is an unequivocal Yes. Of course we do. Not only was the president correct when, some time ago, he said that we should favor immigrants who knew English and brought with them marketable skills, he is also correct now when he suggests that someone from Norway, say, is more likely to bring those desirable qualities than someone from Haiti, El Salvador, etc.

He is further correct that the Haitis of the world are conspicuously undesirable places: crime- and disease-ridden trous de merde that we may pity and may endeavor to help but that are not necessarily good sources of helpful immigrants.

And here we come to a second curiosity in the preening and ecstatic outrage over the president’s comment. Everyone, near enough, knows that he was telling a home truth. It was outrageous not because he said something crude that was untrue. Quite the contrary: it was outrageous precisely because it was true but intolerable to progressive sensitivities.

In other words, the potency of taboo is still strong in our superficially rational culture. There are some things—quite a few, actually, and the list keeps growing—about which one cannot speak the truth or, in many cases, even raise as a subject for discussion without violating the unspoken pact of liberal sanctimoniousness.

Donald Trump, of course, does this regularly, delightedly. Hitherto, his brazenness has only endeared him to his base and driven his critics mad. Perhaps it will be different this time. Maybe the angry censors will descend en masse in effective indignation and drag him from the stage. Again, though, I wouldn’t count on it. Trump’s Haiti moment is cut from the same script as Trump’s “Rosie O’Donnell is a fat pig” mot. Uncouth. Crude. But was it untrue?

We live in a surreal moment when it becomes ever harder to tell the truth about sensitive subjects. Donald Trump has strutted across our timid landscape like a wrecking ball, telling truths, putting noses out of joint. The toffs will never forgive him, but I suspect the American people have stronger stomachs and are up to the task.

About the Author: Roger Kimball

Roger Kimball is Editor and Publisher of The New Criterion and President and Publisher of Encounter Books. Mr. Kimball lectures widely and has appeared on national radio and television programs as well as the BBC. He is represented by Writers’ Representatives, who can provide details about booking him. Mr. Kimball’s latest book is The Fortunes of Permanence: Culture and Anarchy in an Age of Amnesia (St. Augustine’s Press, 2012). He is also the author of The Rape of the Masters (Encounter), Lives of the Mind: The Use and Abuse of Intelligence from Hegel to Wodehouse (Ivan R. Dee), and Art’s Prospect: The Challenge of Tradition in an Age of Celebrity (Ivan R. Dee). Other titles by Mr. Kimball include The Long March: How the Cultural Revolution of the 1960s Changed America (Encounter) and Experiments Against Reality: The Fate of Culture in the Postmodern Age (Ivan R. Dee). Mr. Kimball is also the author ofTenured Radicals: How Politics Has Corrupted Our Higher Education (HarperCollins). A new edition of Tenured Radicals, revised and expanded, was published by Ivan R. Dee in 2008. Mr. Kimball is a frequent contributor to many publications here and in England, including The New Criterion, The Times Literary Supplement, Modern Painters, Literary Review, The Wall Street Journal, The Public Interest, Commentary, The Spectator, The New York Times Book Review, The Sunday Telegraph, The American Spectator, The Weekly Standard, National Review, and The National Interest.

Are the Hard Leftists Aligned with Radical Islamists? - 20. mars 2017