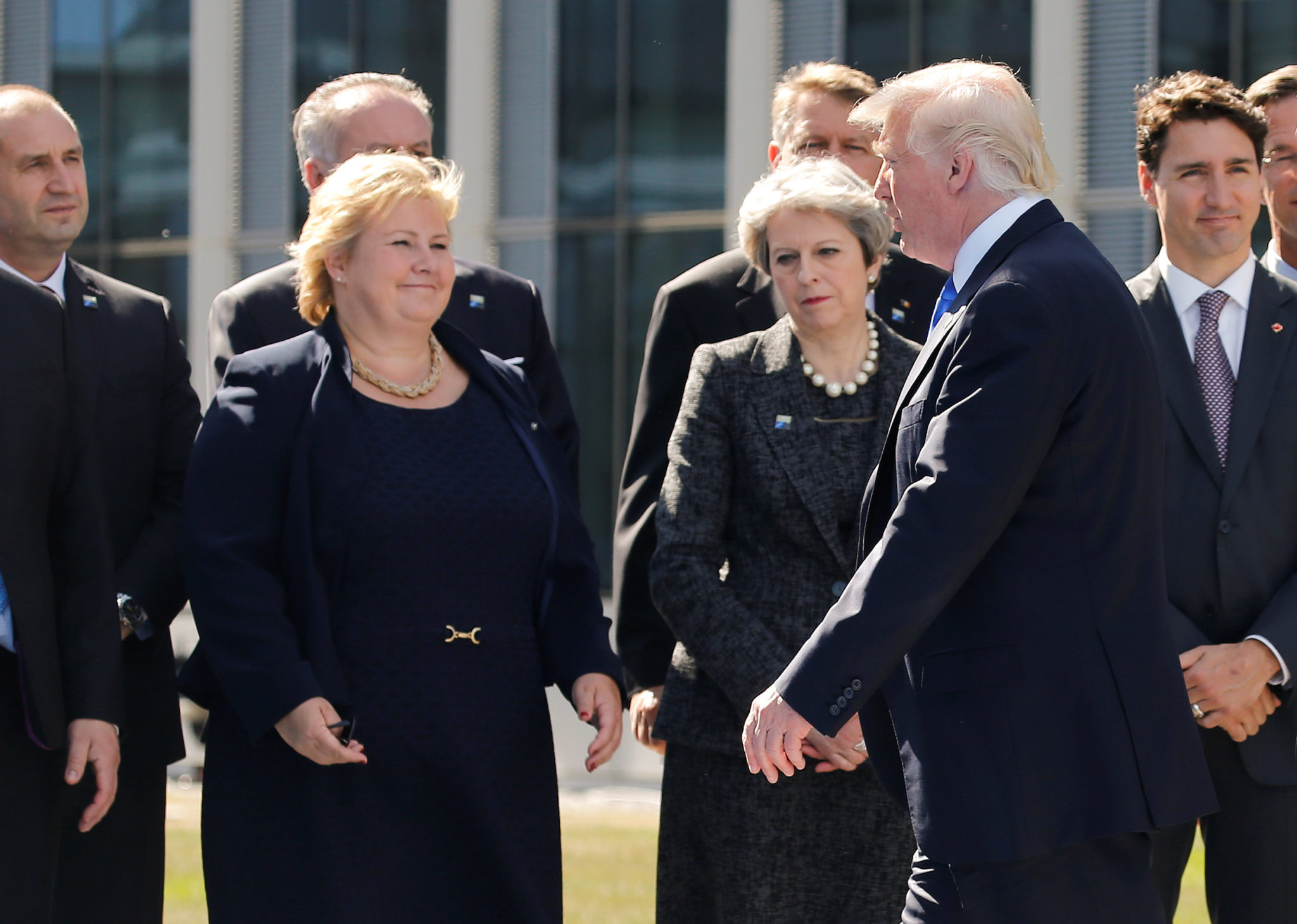 The Europeans are under the illusion that they are creating an America on European soil. An even better America than the original. Less violent, more equal.

But they are wrong. Reinventing the New World in the Old World is a continuing failure.

Norway subscribes to the same ideology and methods as Angela Merkel, whereby the state feels justified in repressing unwanted opinions. Everyday people are squeezed and trapped.

Remember one thing: Erna Solberg has difficulties understanding what your politics is all about. She is steeped in the ideology that has reshaped Europe the last 30-40 years. Conservatives have become leftwingers. If there are any conservatives left, they exist outside nominally conservative parties.

Which means that politics is like a glacier – unstoppable.

Since you became president they have taken fright. You scare the wits out of them. They are all CNN in their heads. Remember that when you meet the Norwegian PM: She cannot help it. She is being spoon-fed anti-Trump diatribes from morning till night. It has become a Trump derangement syndrome, in Western Europe.

Erna Solberg is a good person, trustworthy, well-meaning, and a skilled operator. But the problems Western European countries are facing are on a scale not previously seen in peacetime.

What she needs is reassurance and maybe an implicit admonishment? The Norwegian press and politicians are rampant in their Trump-hysteria. Out of all of the 169 members of the Norwegian parliament, one, just one, had the guts to say that he would vote for you: His name is Ulf Leirstein.

Solberg and her government needs to learn what e pluribus unum really means. How to make one out of many. Norway already had a «one», one nation under God. They discarded both the nation and God, and hoped to establish a new more utopian community, where the sheep would graze next to the lion. Where Christianity and islam would be equal.

It did not turn out that way: We have a polarized society which is becoming more ungovernable by the day. We know you are aware of what is going on in Western Europe.

Your politics is a remedy for European problems. Remind Erna Solberg of Abe Lincoln’s words: Democracy is not a suicide pact.