The Islamic Future of Europe 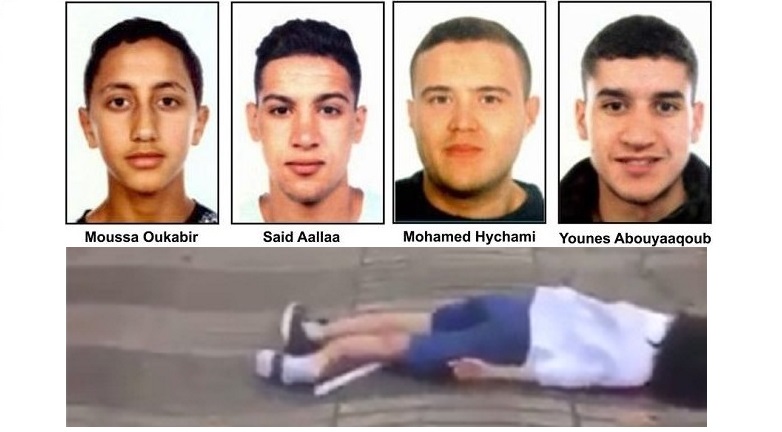 The terrorist attack in Barcelona received the same reaction as all the large-scale terrorist attacks in Europe: tears, prayers, flowers, candles, teddy bears, and protestations that «Islam means peace «. When people gathered to demand tougher measures against the rising influence of Islamism across the continent, they were confronted by an «anti-fascist» rally. Muslims organized a demonstration to defend Islam; they claimed that Muslims living in Spain are the «main victims» of terrorism. 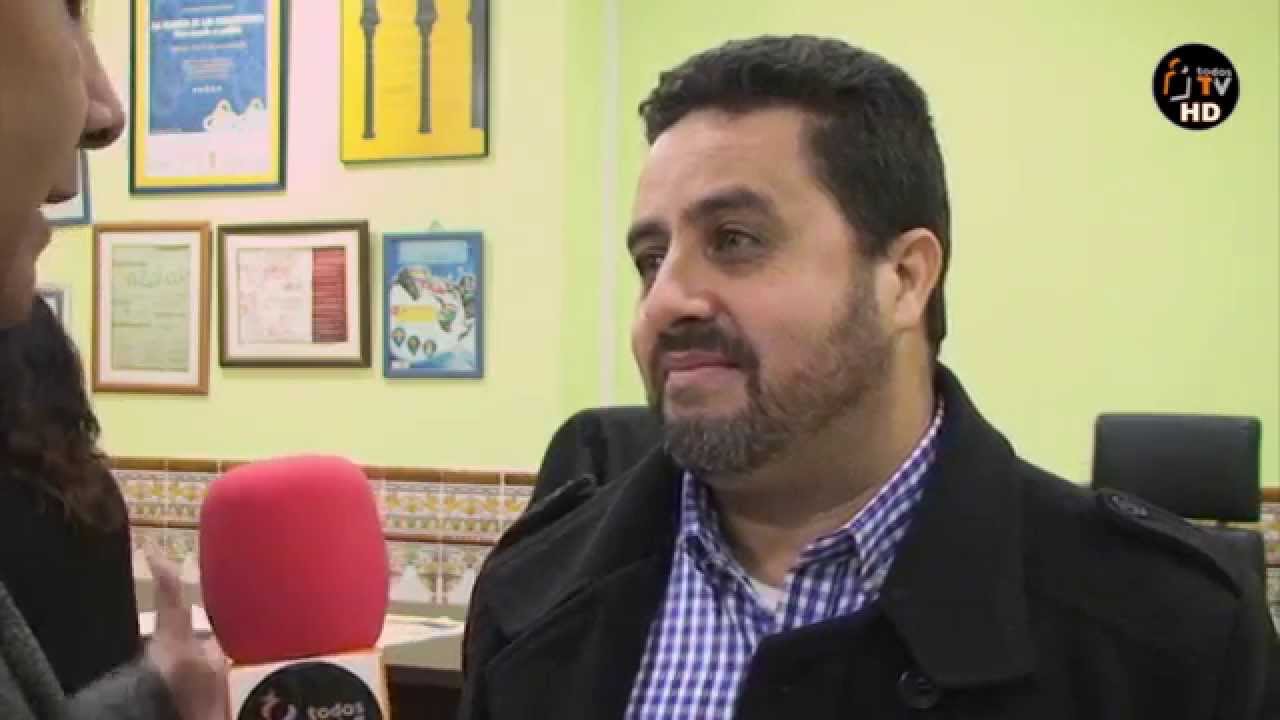 The president of the Spanish Federation of Islamic Religious Societies, Mounir Benjelloun El Andaloussi (photo), spoke of a «conspiracy against Islam» and said that terrorists were «instruments» of Islamophobic hatred. The mayor of Barcelona, ​​ Ada Colau, cried in front of the cameras and said that her city would remain an «open city» for all immigrants. The governor of Catalonia, Carles Puigdemont, used almost the same language. Spain’s Prime Minister Mariano Rajoy, a conservative, was the only one who dared to call jihadist terrorism by its name. Almost all European journalists said Rajoy’s words were too harsh.

Mainstream European newspapers describing the horror once again sought explanations to what they kept calling «inexplicable». The leading Spanish daily newspaper, El Pais, wrote in an editorial that «radicalization» is the bitter fruit of the «exclusion» of certain «communities,» and added that the answer was more «social justice». In France, Le Monde suggested that terrorists want to «incite hatred», and stressed that Europeans must avoid «prejudice». In the UK, The Telegraph explained that «killers attack the West because the West is the West; not because of what it does» — but it spoke of «killers», not «terrorists» or «Islamists».

Anti-terrorism specialists, interviewed on television, said that the attacks, carried out across the continent at an ever-faster pace, will become deadlier. They noted that the original plan of the Barcelona jihadists had been to destroy the Sagrada Família Cathedral and kill thousands of people. The specialists parroted that Europeans will just have to learn to live with the threat of widespread carnage. They did not offer any solutions. Once again, many said that terrorists are not really Muslims — and that the attacks «had nothing to do with Islam».

Many leaders of Western European countries treat Islamic terrorism as a fact of life that Europeans must get used to — as some kind of aberration unrelated to Islam. They often avoid speaking of «terrorism» at all. After the attack in Barcelona,​​ German Chancellor Angela Merkel issued a brief reproach about a «revolting» event. She expressed «solidarity» with the Spanish people, and then moved on. French President Emmanuel Macron tweeted a message of condolence and spoke of a «tragic attack.»

Throughout Europe, expressions of anger are conscientiously marginalized. Calls for mobilization, or any serious change in immigration policy, come only from politicians scornfully described as «populist.»

Even the slightest criticism of Islam immediately arouses almost unanimous indignation. In Western Europe, books on Islam that are widely available are written by people close to the Muslim Brotherhood, such as Tariq Ramadan. Books that are «politically incorrect» also exist, but are sold under the counter as if they are contraband. Islamic bookstores sell brochures  calling for violence without even hiding what they do. 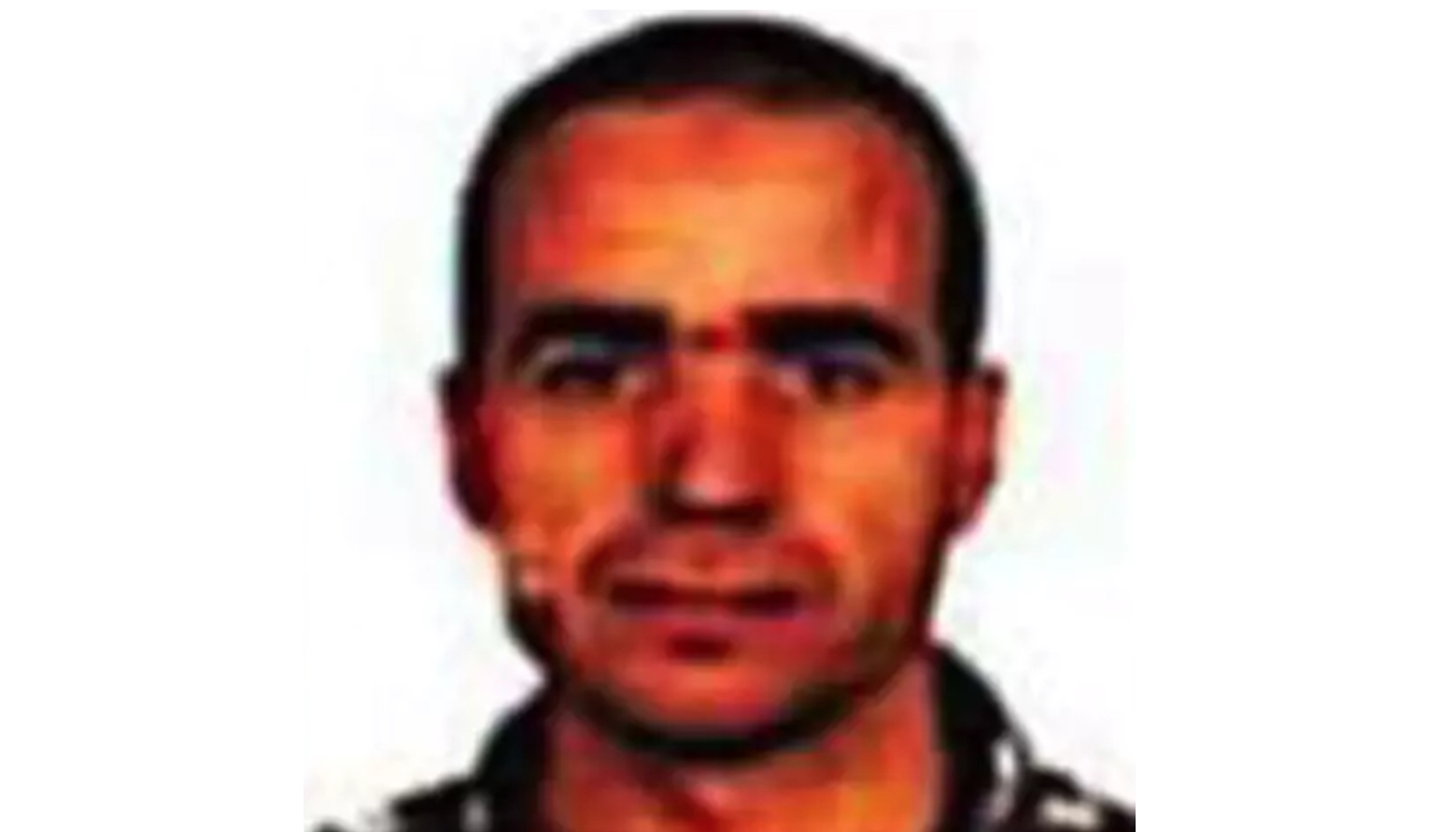 Dozens of imams, similar to Abdelbaki Es Satty, the suspected mastermind of the attack in Barcelona, continue to preach with impunity; if they are arrested, they are quickly released.

Submission reigns. The discourse everywhere is that despite increasing threats, Europeans must live their lives as normally as possible. But Europeans see what threats exist. They see that life is not even slightly normal. They see policemen and soldiers in the streets, proliferating security checks, strict controls at the entrance of theaters and shops. They see insecurity everywhere. They are told just to ignore the source of the threats, but they know the source. They claim they are not afraid. Thousands in Barcelona shouted, «No tinc por» («We are not afraid»). In fact, they are scared to death. 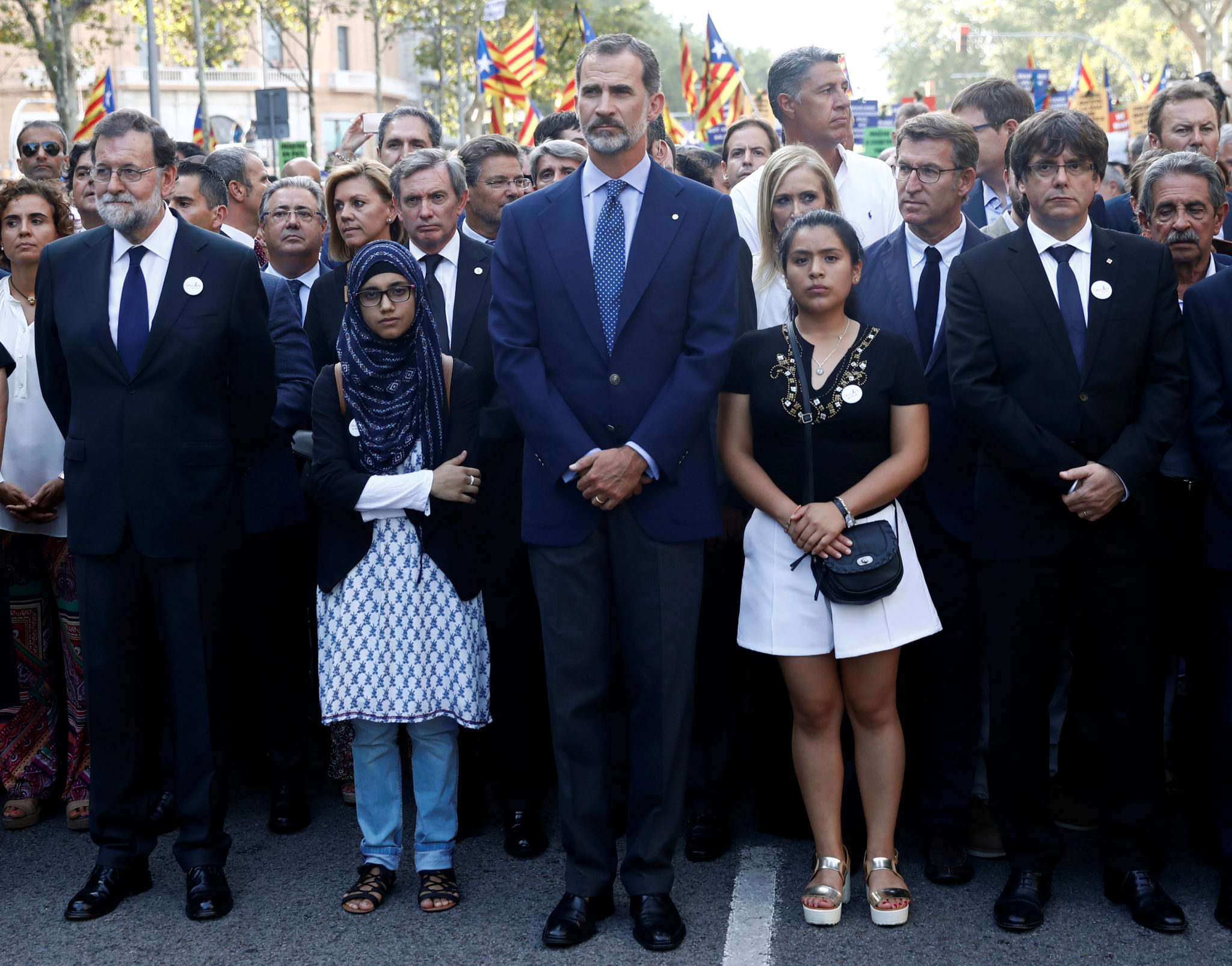 This shift in their lives has occurred in such a short time, less than half a century. Before then, in Western Europe, only a few thousand Muslims were present — mostly immigrant workers from former European colonies. They were supposed to be in Europe temporarily, so were never asked to integrate.

They soon numbered hundreds of thousands, then millions. Their presence turned permanent. Many became citizens. Asking them to integrate grew unthinkable: most seemed to consider themselves Muslim first.

European leaders gave up defending their own civilization. They slipped into saying that all cultures should be viewed the same way. They appear to have given up.

School curricula were altered. Children were taught that Europe and the West had plundered the Muslim world — not that the Muslims had, in fact, invaded and conquered the Christian Byzantine Empire, North Africa and the Middle East, most of Eastern Europe, Greece, Northern Cyprus, and Spain. Children were taught that Islamic civilization had been splendid and opulent before colonization supposedly came to ravage it.

Welfare states, established in the post-war period, began to create a large underclass of people permanently trapped in dependency, just when the number of Muslims in Europe redoubled.

Community organizers came to tell unemployed Muslims that after purportedly looting their countries of origin, Europeans had used Muslim workers to rebuild Europe and were now treating them as useless utensils.

Extremist Muslim preachers arrived; they reinforced a hatred of Europe. They said that Muslims must remember who they are; that Islam must take its revenge. They explained to young, imprisoned Muslim criminals that violence could be used for a noble cause: jihad.

Police were ordered not to intervene lest they aggravate the tension. High-crime areas became no-go zones, breeding grounds for the recruitment of Islamic terrorists.

European leaders accepted the transformation of parts of their countries into enemy territories.

They cannot incriminate Islam: the laws they passed make it illegal to do that. In most European countries, even questioning Islam is branded as «Islamophobia». It leads to heavy fines, if not trials or prison time (as with Lars Hedegaard, Elisabeth Sabaditsch-Wolff, Geert Wilders or George Bensoussan). They cannot re-establish law and order in no-go zones: that would require the intervention of the army and a shift towards martial law. They cannot adopt the solutions proposed by parties they have pushed into opposition at the margins of European political life.

They cannot even close their borders, abolished in 1995 with the Schengen agreement. Re-establishing border controls would be costly and take time.

Europe’s leaders seem to have neither the will nor the means to oppose the incoming waves of millions of Muslim migrants from Africa and the Middle East. They know that terrorists are hiding among the migrants, but still do not vet them. Instead, they resort to subterfuges and lies. They create «deradicalization» programs that do not work: the «radicals,» it seems, do not want to be «deradicalized.»

Europe’s leaders try to define «radicalization» as a symptom of «mental illness»; they consider asking psychiatrists to solve the mess. Then, they talk about creating a «European Islam«, totally different from the Islam elsewhere on Earth. 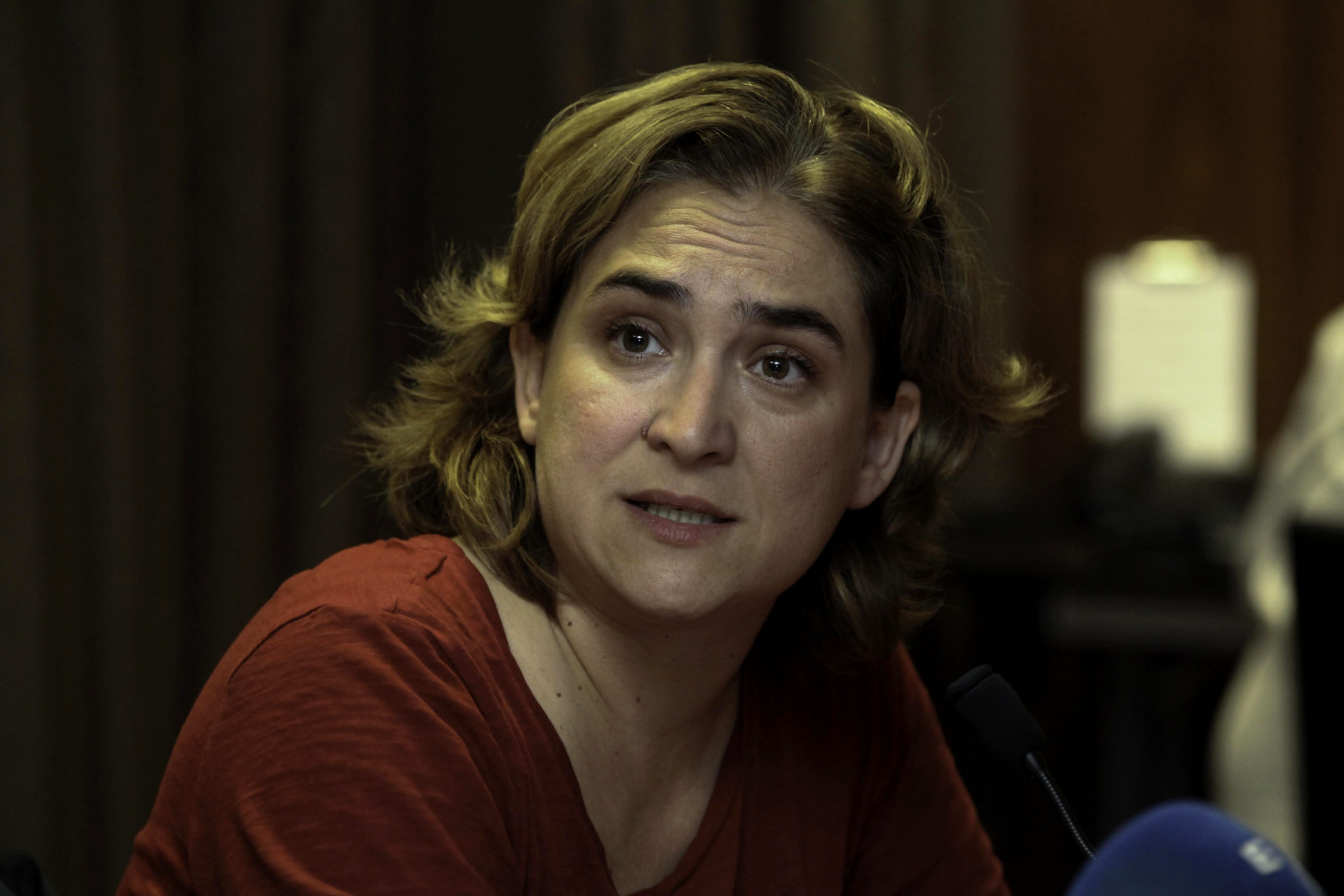 They take on haughty postures to create the illusion of moral superiority, as Ada Colau (photo) and Carles Puigdemont did in Barcelona: they say they have high principles; that Barcelona will remain «open» to immigrants. Angela Merkel refuses to face the consequences of her policy to import countless migrants. She chastises countries in Central Europe that refuse to adopt her policies.

European leaders can see that a demographic disaster is taking place. They know that in two or three decades, Europe will be ruled by Islam. They try to anesthetize non-Muslim populations with dreams about an idyllic future that will never exist. They say that Europe will have to learn to live with terrorism, that there is nothing anyone can do about it.

But there is a lot they can do; they just do not want to — it might cost them Muslim votes.

Winston Churchill told Neville Chamberlain, «You were given the choice between war and dishonor. You chose dishonor, you will have war.» The same is true today.

Ten years ago, describing what he called «the last days of Europe,» the historian Walter Laqueur said that European civilization was dying and that only old monuments and museums would survive. His diagnosis was too optimistic. Old monuments and museums might well be blown up. Look nowhere else than what the black-hooded supporters of «Antifa» — an «anti-fascist» movement that is totally fascistic — are doing to statues in the United States.

Barcelona’s Sagrada Família Cathedral was spared only thanks to the clumsiness of a terroristwho did not know how to handle explosives. Other places may not be so fortunate.

The death of Europe will almost certainly be violent and painful: no one seems willing to stop it. Voters still could, but they will have to do it now, fast, before it is too late.