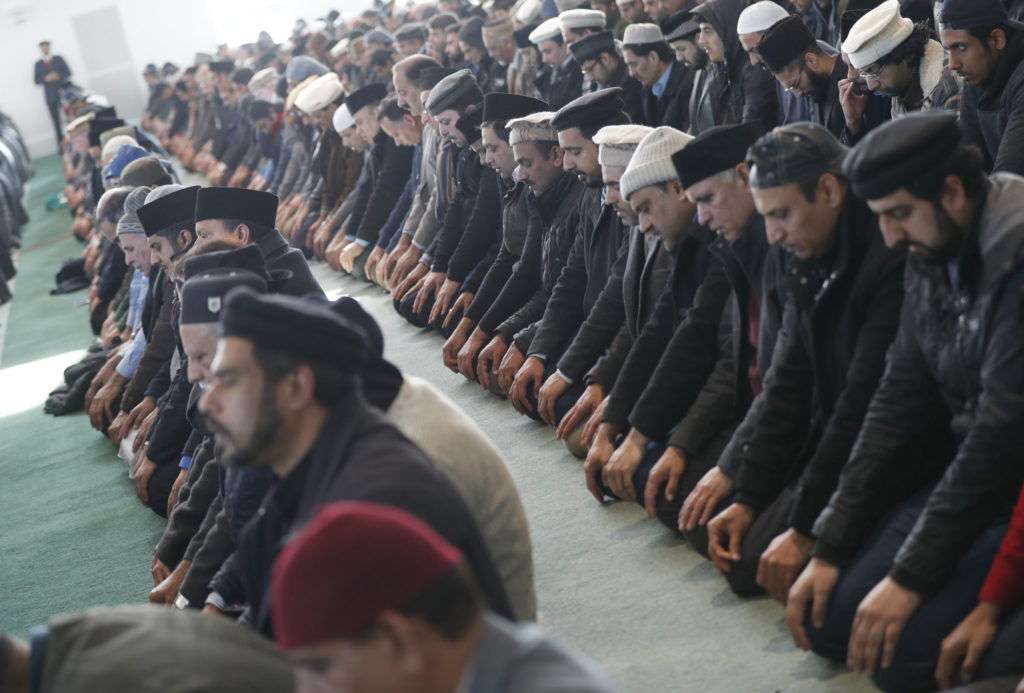 «London is more Islamic than many Muslim countries put together», according to Maulana Syed Raza Rizvi, one of the Islamic preachers who now lead «Londonistan«, as the journalist Melanie Phillips has called the English capital. No, Rizvi is not a right-wing extremist. Wole Soyinka, a Nobel Laureate for Literature, was less generous; he called the UK «a cesspit for Islamists».

«Terrorists can not stand London multiculturalism», London’s mayor Sadiq Khan said after the recent deadly terror attack at Westminster. The opposite is true: British multiculturalists are feeding Islamic fundamentalism. Above all, Londonistan, with its new 423 mosques, is built on the sad ruins of English Christianity.

The Hyatt United Church was bought by the Egyptian community to be converted to a mosque. St Peter’s Church has been converted into the Madina Mosque. The Brick Lane Mosque was built on a former Methodist church. Not only buildings are converted, but also people. The number of converts to Islam has doubled; often they embrace radical Islam, as with Khalid Masood, the terrorist who struck Westminster.

The Daily Mail published photographs of a church and a mosque a few meters from each other in the heart of London. At the Church of San Giorgio, designed to accommodate 1,230 worshipers, only 12 people gathered to celebrate Mass. At the Church of Santa Maria, there were 20.

The nearby Brune Street Estate mosque has a different problem: overcrowding. Its small room and can contain only 100. On Friday, the faithful must pour into the street to pray. Given the current trends, Christianity in England is becoming a relic, while Islam will be the religion of the future.

In Birmingham, the second-largest British city, where many jihadists live and orchestrate their attacks, an Islamic minaret dominates the sky. There are petitions to allow British mosques to call the Islamic faithful to prayer on loudspeakers three times a day.

By 2020, estimates are that the number of Muslims attending prayers will reach at least 683,000, while the number of Christians attending weekly Mass will drop to 679,000. «The new cultural landscape of English cities has arrived; the homogenised, Christian landscape of state religion is in retreat», said Ceri Peach of Oxford University. While nearly half of British Muslims are under the age of 25, a quarter of Christians are over 65. «In another 20 years there are going to be more active Muslims than there are churchgoers,» said Keith Porteous Wood, director of the National Secular Society.

Since 2001, 500 London churches of all denominations have been turned into private homes. During the same period, British mosques have been proliferating. Between 2012 and 2014, the proportion of Britons who identify themselves as Anglicans fell from 21% to 17%, a decrease of 1.7 million people, while, according to a survey conducted by the respected NatCen Social Research Institute, the number of Muslims has grown by almost a million. Churchgoers are declining at a rate that within a generation, their number will be three times lower than that of Muslims who go regularly to mosque on Friday.

Demographically, Britain has been acquiring an increasingly an Islamic face, in places such as Birmingham, Bradford, Derby, Dewsbury, Leeds, Leicester, Liverpool, Luton, Manchester, Sheffield, Waltham Forest and Tower Hamlets. In 2015, an analysis of the most common name in England showed it was Mohammed, including spelling variations such as Muhammad and Mohammad.

Most important cities have huge Muslim populations: Manchester (15.8%), Birmingham (21.8%) and Bradford (24.7%). In Birmingham, the police just dismantled a terrorist cell; there is also a greater probability that a child will be born into a Muslim family than into a Christian one. In Bradford and Leicester, half the children are Muslim. Muslims do not need to become the majority in the UK; they just need gradually to Islamize the most important cities. The change is already taking place. «Londonistan» is not a Muslim majority nightmare; it is a cultural, demographic and religious hybrid in which Christianity declines and Islam advances.

According to Innes Bowen, writing in The Spectator, only two of the 1,700 mosques in Britain today follow the modernist interpretation of Islam, compared with 56% in the United States. The Wahhabis control six percent of mosques in the UK, while the fundamentalist Deobandi control up to 45%. According to a survey from the Knowledge Center, a third of UK Muslims do not feel «part of British culture.»

London is also full of sharia courts. There are officially 100. The advent of this parallel judicial system has been made possible thanks to the British Arbitration Act and the system of Alternative Dispute Resolution. These new courts are based on the rejection of the inviolability of human rights: the values ​​of freedom and equality that are the basis of English Common Law.

British personalities keep opening the door to introduce sharia. One of Britain’s leading judges, Sir James Munby, said that Christianity no longer influences the courts and these must be multicultural — which means more Islamic. Rowan Williams, the former Archbishop of Canterbury, and Chief Justice Lord Phillips also suggested that British law should «incorporate» elements of sharia law. The British cultural establishment is rapidly capitulating to Islamic fundamentalists in accepting their demands.

British universities are also advancing Islamic law. The official guidelines of the university, «External speakers in higher education institutions«, published by Universities UK, provide that «orthodox religious groups» may separate men and women during events. At Queen Mary University of London, women had to use a separate entrance and were forced to sit in a room without being able to ask questions or raise their hands — as in Riyadh or Tehran. The Islamic Society at the London School of Economics held a gala, in which women and men were separated by a seven-meter panel.

After the attack on the French satirical magazine Charlie Hebdo, the head of MI6, Sir John Sawers, recommended self-censorship and «some restraint» in discussing Islam. The British ambassador in Saudi Arabia, Simon Collis, converted to Islam and completed the pilgrimage to Mecca, the hajj. He now calls himself Haji Collis.

What will be next?