Recent advances in the study of DNA have enabled genetic descent to be established for each gender: son-father-grandfather and so on back in time; and daughter-mother-grandmother and beyond. Astonishingly, around 70 percent of the current population in Britain are directly descended in this way from the people who inhabited Britain in pre-Neolithic times: earlier than 4,000 B.C. Since then Britain has periodically been enriched by waves of immigration. […] But these migrations, stretching over a six-thousand-year period, were in total evidently quite modest. Stability has an implication: over such a long time span, repeated intermarriage results in a pattern in which anyone from the distant past who has descendants alive today is likely to be an ancestor of the entire indigenous population. In this sense the indigenous population literally shares a common history. 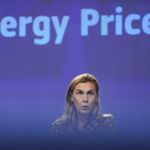