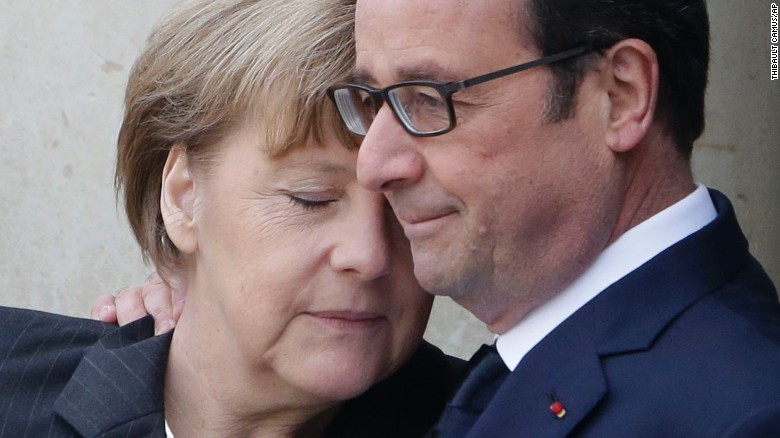 How is your Merkelsommer going? For now, Britain seems to be missing the worst. True, a couple of men of Middle Eastern appearance tried to abduct a soldier near his base in Norfolk for what was unlikely to have been an interfaith dialogue session. But Britain’s geographical good fortune, relative success in limiting weapons and our justified scepticism of the undiscriminating ‘open borders’ brigade mean that we have so far been spared the delights of what Angela Merkel’s growing army of critics refer to as her summer of terror.

It is now a fortnight since Mohammed Lahouaiej-Bouhlel shouted ‘Allahu Akbar’ and ploughed a truck along the Nice seafront, killing 84 people. The following Monday Mohammed Riyad, who said he was from Afghanistan but almost certainly came from Pakistan, screamed ‘Allahu Akbar’ while hacking with an axe at his fellow passengers on a Bavarian train. The next day another Mohammed, this time Mohamed Boufarkouch, shouted ‘Allahu Akbar’ and stabbed a Frenchwoman and her three daughters (aged eight, 12 and 14) near Montpelier. Mixing things up a little, that Friday’s shooter in Munich was a child of Iranians called Ali David Sonboly. Skip forward a couple of days and a ‘-Syrian asylum seeker’ with a machete was hacking a pregnant woman to death in Stuttgart. The next day another ‘Syrian asylum seeker’, Mohammad Daleel, carried out a suicide bombing outside a bar in Ansbach, Bavaria. And a little over 24 hours later two men shouting the name of Isis entered a church in Rouen during Mass, took the nuns and congregation hostage and slaughtered the priest with a knife.

Although the public know what is going on, the media seems loath to find any connection between these events. Indeed, the same papers that blame an exaggerated spike in ‘hate crime’ on everyone who voted for Brexit seem unwilling to put the blame for these real and violent attacks on the individuals carrying them out. ‘Syrian man denied asylum killed in German blast’ was the Reuters headline on the Ansbach story, neatly turning the suicide bomber into the victim and the German asylum system into the perpetrator. As Reuters went on: ‘A 27-year-old Syrian man who had been denied asylum in Germany a year ago died on Sunday when a bomb he was carrying exploded outside a music festival.’ How terrible for him to lose his bomb in such a way.

The more complex story of the Munich shooter allowed everyone to double-down on their favourite explanations for violence. Inadequate welfare provisions, unsuitable town-planning and bullying were all wheeled out to explain why Ali David Sonboly started shooting in a McDonalds. Others were a little too keen to claim him as an Isis warrior, when it seems he wasn’t. The BBC got around the problem by excising the ‘Ali’ and all reports of his religion. Instead, speculation about the shooting happening on the fifth anniversary of Anders Breivik’s terrorist assault in Norway meant that every-one could ignore the Muslim eyewitness who heard Sonboly shout ‘Allahu Akbar’ and headline on Breivik instead. Meaning that in Europe in 2016 a child of Iranian parents can be portrayed as a white supremacist, while no amount of Mohameds shouting ‘Allahu Akbar’ can be said to have any connection to Islam.

Sections of the media and political class seem determined to stop the public coming to any conclusions. But most of us probably did that a long time ago, and these conclusions are being reinforced on a daily basis.

For the time being, the acceptable thing is to blame Isis. There is sense in that. The German train attacker had an Isis flag at his home, the Ansbach bomber left a video pledging allegiance to the group, and at least one of the Rouen church attackers had tried to travel to Syria to join them. The extent to which the group is involved varies, and they undoubtedly talk up their capabilities, but their ability to inspire as well as direct will be a problem as long as they exist.

However, opinion polls show that the European public know that the problem is bigger than that. Before Isis there was al-Qaeda. After Isis there will be something else. A poll carried out two years before the Charlie Hebdo attacks showed that 74 per cent of the French public believe Islam to be an intolerant religion incompatible with the values of the French state. The reaction of most politicians to findings such as this is that the public don’t know enough about Islam or haven’t experienced enough Islam. On the contrary many French people — like the Christians of the Middle East — have experienced quite enough, and do not like it. Mainstream politicians cannot agree with this, not least because they (and Merkel in particular) are responsible for the massive upsurge of Muslim migration into Europe that is fundamentally changing its future. But this is a gap which they must at some point bridge.

One way to do so is to be frank with the public even when there is a political price to pay. The French Prime Minister, Manuel Valls, was heavily criticised for saying France ‘must learn to live with terrorism’. But he was right. Limiting the availability of guns and explosives is the most important step towards limiting terror. But you cannot limit the availability of knives or trucks, and although a lot of would-be jihadists may be deterred from losing their own lives if they  can claim perhaps only one victim, it needs only a few innovative attacks each month to change a country significantly. It is hard to imagine a security plan that could prevent another attack like the one in Rouen. President’s François Hollande’s ‘state of emergency’ has not stopped five terror attacks in the last eight months.

Recognising this, Valls, among others, is willing to be strident about ‘Islamism’. But like every other European political leader, he is unwilling to admit where it comes from. Again, the public are ahead of him. They know that Islamism comes from Islam. The extreme interpretation may be a minority problem, but when a continent is struggling to assimilate the Muslims already here, there is a huge risk in bringing in so many immigrants from war-torn parts of the world where jihadism is already rampant. Some of this summer’s attackers were born here; others were recent arrivals.

Many of those who opposed Angela Merkel’s open-door free-for-all last year opposed it for precisely this reason. If Europe wants to help genuine refugees then it can help them outside Europe, as Britain has sought to do. It does not need to turn Europe into one vast refugee camp: we can’t afford it, and aside from a noisy fringe of migration extremists, the people of Europe don’t want it. The tragedy is that those in charge still refuse to face up to this problem or even find a decent political language for what is fast becoming an indecent political problem. Just this week, Jean-Claude Juncker said that however bad the terrorism gets, Europe will never give up on open borders. 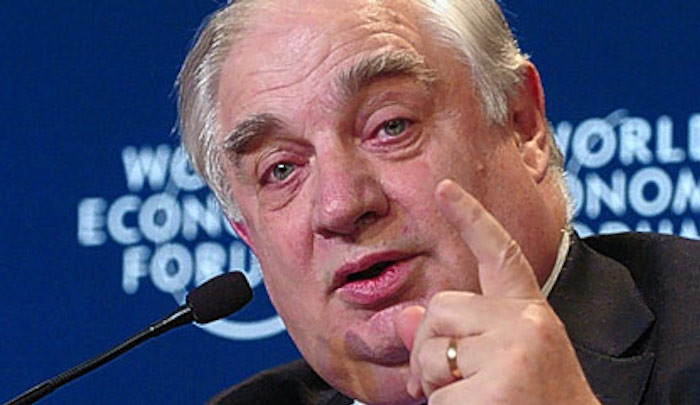 UN representative Peter Sutherland (photo) repeated his view that anybody who wants to live in Europe — even economic migrants — must be allowed to come here. Not to give our home over to the world would, he declared, be an affront to European values.

In Germany, meanwhile, despite the elections next year, no serious challenger to Angela Merkel has emerged. She is not about to turn around now, look at the disaster she has created, and say: ‘Whoops.’

Douglas Murray is Associate Director of the Henry Jackson Society and author of Neoconservatism: Why We Need It.

When will our politicians accept the reality of Islamic terrorism?