Thirteen years ago Guillaume Denoix de Saint Marc lost his father in a terrorist attack. With the help of one of Gaddafi’s sons he was able to obtain a million francs in compensation for himself and other families that had been hit by terrorism. Part of the money went to build up an organisation that helps other victims and their relatives. 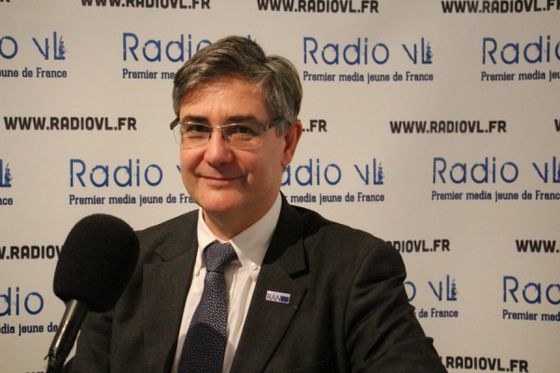 PARIS:  There were many speeches and declarations from organisations and individuals when terrorism struck at the satirical magazine Charlie Hebdo on January 7th 2015, and the same thing happened again a little over a month later when terrorism this time targeted the synagogue and the cultural activities centre Krudttønden (The Powder Keg) in Copenhagen. It was a debate which I and others had organized, and I found myself sitting next to the Swedish Muhammed cartoonist Lars Vilks who was undoubtedly the prime object of the attack.

I read one of the declarations of support with special interest. It came from the ”Association francaise des Victimes du Terrorisme”. It said:

The Organisation wrote that it was willing to support anybody who needed help in the wake of this latest terrorist attack. AFVT – as it’s commonly called – knows what it’s talking about and how important support can be.

The monument in the desert

I had just been in Paris shortly before the attack on Charlie Hebdo and had spoken to AFTV, little knowing what tragedy was in the offing. The conversation took place in the Organisation’s basement office where I was greeted by AFTV’s spokesman and director, Guillaume Denoix de Saint Marc.

He showed me pictures including one of a monument from the Ténéré desert in Niger. It was made up of black stones creating the illusion of an aeroplane, and 170 broken mirrors symbolising the number of human lives that were lost.

The monument in the desert in Niger is in memory of the aircraft passengers who, 25 years ago and 10 kilometers above that very spot, were blown out of the sky by Libyan terrorists who had planted a bomb on board flight UTA 772 from the Congo bound for Paris via Chad.

«Nobody goes to this desert of course», chuckled Saint Marc, and then became serious again. «But the victims’ families know that the monument exists».

Saint Marc had taken the picture himself. One of the victims on board flight UTA 772 had in fact been his father, Jean-Henri:

«I was a newly trained engineer and at work in my job in Paris when it happened. My mother rang me and said she was scared. Because the plane had disappeared. I said her fears were unfounded, but I turned on the TV and after some hours had to admit that something was very wrong.  I prayed that it was an accident. My father just couldn’t die in a terrorist attack. Unthinkable.»

Saint Marc went on to tell me that his organisation for victims of terrorism had now existed nearly six years, and was originally funded by the Gaddafi family’s charity fund which has since been dissolved.

Six Libyans including Gaddafi’s brother-in-law were found guilty, although only in absentia as Gadaffi would not let them leave Libya to testify. I functioned as the spokesman for the victims’ families, and in 2002 I went to see Gaddafi’s next eldest søn Saif al-Islam in Paris (he is now incarcerated in the Libyan town of Zutan charged with war crimes during the unrest in 2011, ed.)

“In those days he was the most western-orientated member of the Gaddafi family and he was there to take part in a conference. I invited myself in, went up and said hello and told him whose son I was. He said later he thought I was going to hit him»

Saif Ghaddafi asked Saint Marc to come and see him at his hotel. And then invited him to Libya, promising compensation. The whole affair took two years of up-hill struggle and several journeys to the terrorists’ home country.

«I had to learn to speak with all kinds of people including the Libyan intelligence service, out and out criminals and of course Gaddafi’s son. Just as I some years before had had to speak to the terrorist Carlos (the Jackal) in his prison cell in France. Carlos insisted that it was impossible that Libya had anything to do with the attack”.

Which was patently incorrect. Two years after Saint Marc had visited Libya for the first time his doggedness began to pay off. Gaddafi and Libya admitted their involvment, and the Gaddafi Fund, which Saif was the director of, agreed to pay one million US$ to each of the 170 bereaved families.

The next task was to find the relatives from 19 different nationalities spread all over the world. But Saint Marc finally managed it. The last relative was found two years ago, and Saint Marc looks very satisfied with his achievement, although he admits that this is «one of the few success stories for the victims of terrorism I know about».

It’s difficult to bring the terrorists to justice, and it’s hard to keep slogging away at it indefintely.  Saint Marc had never imagined that he would have to keep on campaigning against terrorism for years to come:

«But when a French organisation acting on behalf of the victims of terrorism closed down, there had to be one that took its place, and so I founded AFVT with some of the compensation money our family had been allotted”.

“AFVT helps victims of terrorism by giving them psychological and legal support as far as we have the means to do so. Here in the office and in our network we have various experts at work as well as people who have been personally affected by terrorism”.

One of the people on staff is a lawyer, Cyril Karam, who survived a terrorist attack in the Paris Métro in 1995. Another is the psychologist Asma Guenifi who lost her elder brother during the Algerian civil war. He was killed by radical islamists.

Reaching out to younger people

Last autumn France tightened its terrorism legislation and then tightened it again in the wake of the attack on Charlie Hebdo. The authorities can now confiscate passports of people suspected of leaving France to participate in a Jihad.

Increased restrictions have also been imposed on people apologising for or inciting to terrorism on the net, and these activities are no longer subject to free speech legislation but are now dealt with under the penal code.

Harsher sentences are now being  imposed, and as a further direct consequence of the Charlie Hebdo attack, much more speedily than before. This also applies to cases where the attack has been glorified or its victims scoffed at. AFVT was consulted last year and recommended that the French state use a strategy that involved the victims’ own accounts of the attacks on them in the hope of reaching young people in areas prone to jihadist activity.

«Our network includes young people from a long range of countries that have experienced terrorism. They are no longer angry. They don’t want revenge. They want to work in the field of deterrence. Victims and their relatives must be helped, yes, but they can give something in return. They can help society by telling their story, and perhaps thereby prevent some young person from becoming a terrorist”.

Our representatives are already going out into schools and talking to young people, but we would also like to increase our cooperation with prisons, schools – and imams. Terrorism is universal, although just now it’s islamic terrorism that is most prominent».

This has resulted in AFVT being increasingly contacted by parents whose sons or daughters have left France to take part in a jihad. Saint Marc told me that:

«I have to be careful about giving advice to the relatives of jihadists. Our focus should always be on the victims. We can have a certain cooperation with the families of jihadists, but they can’t work alongside us in AFVT».

Saint Marc and his organisation have built up a solid network over the years, and frequent journeys to trouble spots have given them a good overview of which countries` support victims of terrorism and which countries´ don’t:

“We helped to build up a supporting organisation for terror victims in Morocco, and the King has also cooperated with us. But in Algeria terrorist from the civil war have been granted an amnesty”.

There are no monuments of remembrance as there are in the USA, Spain and France, and it’s not any easier for the bereaved parents of Beslan (where terrorists in 2004 occupied a a school and murdered more than 300 people, 186 of them children, ed.)

“Russia is seldom well disposed toward NGO’s, and in Kabul, where I was last year, orphans of terrorist victims are sometimes just turned out on to the street, where they are often picked up by the same organisation that killed their parents. Can you imagine that?»

The Libyan terrorist attack in 1989 that killed Saint Marc’s father and 169 others was done in revenge for France’s support for Chad during the conflict between Libya and Chad in 1978-1987. But Saint Marc and AFVT are not interested in the reasons given by terrorists for their attacks:

«I spoke once with a man from the IRA that had regretted taking part in a terrorist attack. because he killed the wrong person. The wrong person! He apparently had understood nothing».