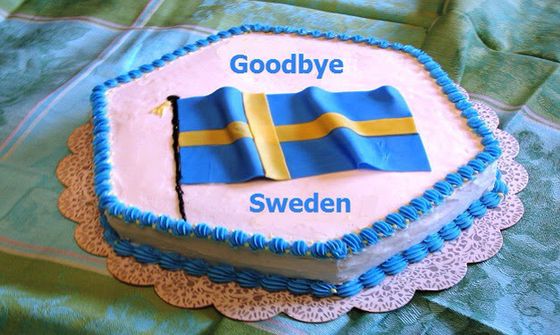 This is the last post on this blog. I am leaving Sweden for good shortly, and will no longer be following its descent from what was once the third most prosperous country in the world. Frankly, it’s just too damn depressing.

I was born and raised in Sweden, which leaves a cultural mark even though I moved to USA in the 1990s and have spent the better part of my adult life as an American. Coming back for a few years has been a shocking experience.

When I was a child, Sweden was a dull yet very safe place to live. Yes, there was a heavy blanket of socialism and collectivist values covering everything, but there was a core of pragmatism beneath the redness. The intention and goal was always to benefit the citizens, even though they went about things in a backwards manner.

Today, it’s as if the inmates are running the asylum. The politicians are participating in a chicken race of “goodness” where everybody tries to one-up each other in caring for the citizens of OTHER countries while Swedish retirees, school children, handicapped and other vulnerable categories of people are thorougly ignored. Violence is exploding. Jihadist Trojan horses are flowing through the porous border along with the tens of thousands ID-less refugees.

But what makes me the most pessimistic about Sweden’s future is how the social fabric itself has been undermined.

Now, to be clear, it is my opinion that modest immigration is healthy for society and beneficial for trade, cultural development and so forth. Protectionism as a concept is counter-productive, while free trade and the ability for skilled labor to go where they’re in demand is beneficial for everyone.

Having said that, what Sweden is doing is something completely different. The once homogenous population has been forever altered by a rapid and massive addition of people from vastly different cultures and value-systems. 26,8% of the population is now foreign-born or with at least one foreign-born parent, and the national census bureau estimates that some 150 000 per year will arrive to the country of just 9,8 million residents.

There simply is no possible way to absorb and assimilate such volumes of people, period. Then you are merely creating ethnic enclaves, which due to incompatible language, culture and job skills become ghettos, which in turns brews crime, misery and extremism. Once the inflow has exceeded the capacity for absorbtion, further immigration only makes the problem worse.

It’s like someone having read that a cup of green tea per day is healthy, so they make it a policy to chug four gallons per day, every day. It’s a good thing overdone to the extreme until it becomes toxic.

Then you have the Swedish school system. There really is no nice way to put it; it’s a complete disaster. The minister of education is a man-boy who spends his time making Youtube-videos showing heart-signs with his hands to boost school results, while university-level students can’t read and comprehend the course literature. 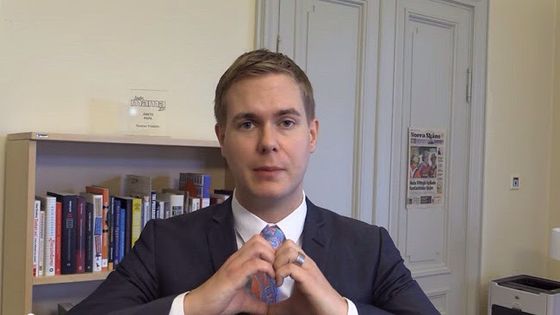 Since there is a delay in the changes in the school system, it is only in recent years the full impact of the knowledge-averse “progressive” school system is starting to be felt. Hard facts are largely irrelevant; the important thing is to sit in a group and discuss things until a consensus is reached. But with no hard facts to base the conclusions on, it becomes an exercise in futility because it’s all random assumptions and opinions. As a university-level history student (!) was quoted as saying in newspaper Svenska Dagbladet the other day: “Why would all these dates matter? Who cares in what order things happened?”

That’s not exactly fertile soil for creating the researchers and engineers of the future.

Financially, Sweden is an oddity in that it never had its real estate correction when Lehman Bros went belly-up and the housing market everywhere in the West crashed. Sweden just kept steaming ahead, which means housing is ridiculously overinflated. In Stockholm, the real estate prices increased 19% and in Gothenburg 24% in the last 12 months alone — from an already sky-high level. 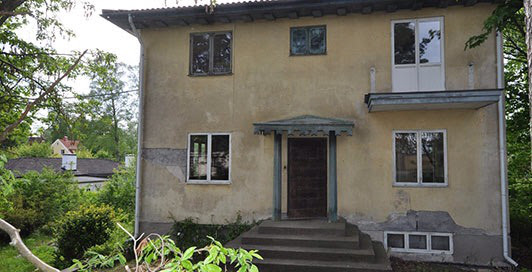 Tear-down abandoned house from 1932 with small, unremarkable lot in the outskirts of Stockholm. Current bid: 7,5 million SEK, or close to $900,000.

As a result, personal debt of the Swedish population is at an all-time high. To keep all this afloat the normal mortgage interest rates are at 2% with central bank Riksbanken at -0,25%, and yet a significant portion of the borrowers are hanging by a thread. If and when foreign banks and investors decide it’s time to turn their backs on Sweden (as happened in the early 1990s) there’s going to be a lot of pain.

Then you have the financial obligations going forward. Like much of the western world, there is a demographic change where fewer tax-paying adults are to support a glut of retirees. What makes it especially dire for Sweden is that in addition to the old Swedes, there’s also a ton of elderly immigrants that are granted “family visas” based on younger relatives having been granted asylum. They’ve never paid a dime in taxes, yet enter the system with full benefits from day one. In theory, this would be made up for by the younger relatives working and paying taxes. Sadly, this is not the case; while ethnical Swedes have a 82% employment rate, immigrants only have 57% with non-Europeans coming in at just 51%.

If Sweden was a person, it’d be like the guy with three mortgages, seven maxed-out credit cards and four collection agencies chasing him that just signed a lease for a brand new BMW X6. Simply put, there’s a lot of red ink in the future; it just hasn’t been fully realized yet.

Finally, there’s the sorry state of the Swedish defense. After decades of constant slashing of the defense budget, the extent of Swedish ambition is to stall an invader for a week in a limited area. This with war raging in Europe, Russian missiles pointed at Sweden in Kaliningrad, and Russian submarines and bomber jets openly thumbing their nose at Sweden as they intrude on Swedish territory on a regular basis. The power vacuum in Scandinavia is so tangible you can almost hear a sucking sound as you fly over it. This, too, will require massive investments when the penny finally drops amongst Swedish politicians.

So while I can’t claim to be any kind of authority on macroeconomics or social predictive models, I see red lights across the board.

In some ways, I’d compare the country to a farm. Previously, Sweden acted like a sensible farmer and planted wheat here, carrots there, potatoes over there et cetera, by implementing free schooling, sound infrastructure investments, state-financed research and so forth. A few decades later, they reaped the rewards and climbed the prosperity ladder.

In the late 1960s, this pragmatic line was abandoned as leftist idealist Olof Palme took over. But there was plenty to harvest from previous years, so Sweden continued to be the land of milk and honey for a good long while. Then things started drying up, and the process has been one of gradual erosion and decline since the 1990s.

The famous Swedish health care system is a good example. 120 000 hospital beds in the late 1960s became 20 000 today. Cancer patients are put on waiting lists for months. Entire emergency wards shut down for summer. The crumbling Swedish railroad system is another symptom I examined in-depth last year. The aforementioned defense that now consist of about three fat generals and a rusty rifle (bullets withheld for budgetary reasons).

A sensible farmer would see the problems for what they are and hurry to plant new seeds, so as to return to bountiful harvests of wheat, carrots, potatoes etc. Instead, the Swedish politicians goes by dogma and plants what they think SHOULD grow. So they plant M & Ms, hot dogs and pretzels. The results won’t be fully evident for a few years yet, but as the last reserves of the old harvests are depleted, things will get… Interesting.

From what I can see, there simply is no plausible scenario where these social tensions and future financial committments will not lead to a downward spiral of hardship and strife. I hope I’m wrong. I really do, because I have friends and family I care about that will remain here to see it all play out.

But I won’t. I’ll be back in the US being mad at Obama for being a lying scumbag. Every country has its problems. USA has its corrupt yokel in office, just as Sweden has Stefan Löfven.

I’d like to thank you for having followed this blog and your many insightful comments. It’s been a wild ride at times with heated debates, but it’s been fun — even when I got hatemail from both left-wingers and right-wingers over the same article. 🙂

So thank you, and good luck whereever you are.